It's Tuesday!  That means I am interviewing here on the Warrior Princess Romance Writer Blog!  Today I have the pleasure of interviewing romance author Suzie Grant. 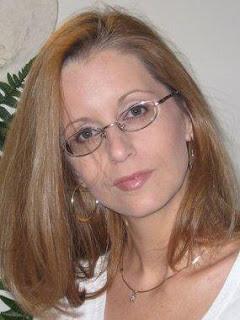 Suzie still believes in happily-ever-after and after growing up reading classic adventure literature like Treasure Isle, Gone with the wind and watching classic westerns like Gunsmoke, Lonesome Dove, and Bonanza Suzie knew what she wanted to do with her life. She brings the action of thrillers to historical romance with steamy love scenes and a pace that will leave you breathless!

From Castles to cowboys there's something thrilling on every page. Take a deep breath and join Suzie on a journey as she takes happily-ever-after by the horns!

During her rocky teenage years writing became an emotional outlet for her and it wasn’t until she had married and had children that writing as a profession became an option.

After a very long divorce she again finds herself climbing that rocky path of life and has learned to live by a single quote: “Obstacles are placed in our path to determine whether we really wanted something, or just thought we did.” By Dr. Harold Smith.

She lives happily ever after with her new beau, three boys and one little Shitzhu named Peppy Le’Pew in NC. One day she plans to retire and sail along the east coast an adventurer to the end. 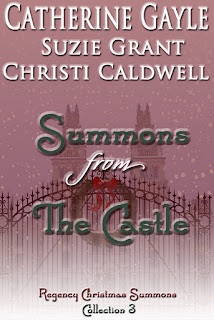 What genre(s) do you write?
I write historical romance in every era. I love history and I truly believe some of life’s greatest teachings came from our past.

Are you a plotter or a pantser?
I am a solid plotter. I have a dry erase board, index cards, a basic outline and tons of character sheets. And if something isn’t working I’ve been known to rewrite my outline from scratch. I love plotting though. It’s one of the things that give me pleasure whereas most authors claim to hate it.

Why do you think people should choose your books over another author?
If you’re looking for a little romantic adventure then look no more. Think Romancing the Stone meets Pirate’s of the Caribbean. I write fast-paced historical adventures where two characters who wouldn’t normally get together fall together in the most unlikely of circumstances.

What do you hope readers take with them after reading one of your stories?
I hope it makes you smile, sit up straight in your seat anticipating what comes next, laugh a little and maybe cry a few tears. I hope that you walk away and think that was a wonderful afternoon getaway. After all, isn’t that what a book is supposed to do? Take us to another time and place?

Is there a message in your novel that you want readers to grasp?
There are probably several. In the Devil’s Daughter there is a very clear message that says “don’t judge a book by its cover.” In the Wrong Kind of Paradise there is a subtle message that says we can’t always choose who we fall in love with. In my newest anthology A Summons from the Castle where I collaborated with eleven other authors, there’s a message that family is forever. The anthology is due out today as a matter of fact so please feel free to check it out.

How long have you been a writer?
I’ve been writing off and on for about nineteen years now. Seriously over the last five. Please tell us 5 miscellaneous facts about yourself.
I’m a mother of three boys ages 19, 15 and 4.
I am an action/ adventure junkie.
I’m a gamer girl and have been one since before the term was popular.
I can’t cook worth a crap.
Lastly, my husband says I have a hundred different laughs and none of them are the same.

Be sure to leave a comment with an email address, and check out my website here to see how you will be eligible to win a Kindle, as well many other surprises. http://www.suziegrantauthor.com/p/news.html

Here is a little about what Suzie Grant is working on now.
To be released November 1st 2011 A Summons from the Castle
A Regency Christmas anthology by twelve different authors.

The powerful Duke of Danby summons all of his wayward grandchildren home for the holidays.

A Caribbean Jewel for Christmas

Blackmailed by a British Naval Commander, Captain Randall Whitton, a smuggler with a penchant for gold is rescued by Jewel Derington, a feisty plantation owner and the very woman who betrayed him in the jungles of Barbados. Escaping danger has never been so thrilling. Together they are drawn into a political game of winner takes all from which only his grandfather, the Duke of Danby, can rescue them.

Fascinated by the glitter of his Caribbean Jewel, Randall's lust for gold soon fades. His quest to tame this fiery treasure catapults them both into an adventure where the stakes are higher and the prize greater than either of them have ever dared dream.

“Forgive me for being abrupt, but I’m a busy man. Why don’t we dispense with the pleasantries and come to the reason you’re in my cabin alone in the middle of the evening.”


“I have a proposition for you, Captain. One I’m certain you won’t refuse.”
“It’d better be one hell of an offer.”
The woman laughed. “Trust me, I know exactly what it takes to persuade a man like you.”
He lifted a single brow. “Indeed?” How did she know him? Caution held his tongue from revealing anything more.
“We already have a deal, Captain. I’m just here to make it a little sweeter.”
Sweeter? The temptation in those few words whispered in his ear. A rush of desire for a woman he couldn’t see coursed through him at the invitation in her tone. Blood surged through his veins and awareness crashed over him.
She materialized out of the shadows. His heart came to a sudden halt and then resumed at a thundering pace. The woman eased toward the desk and slid onto its surface before him, mere inches away, and caused his heart to flutter wildly.
Dark, chocolate hair spilled over one shoulder under a black beaver felt D’orsay hat. Her cut-away coat had a high collar, and the linen white shirt was fashionably wrapped with a cravat. The tight fitted waistcoat revealed a shapely form. The shock of seeing a woman in men’s fashion left him slightly speechless.
Not even the shadows could dim the brilliance of her eyes. They were light colored and powerful—even in the darkness.
She grinned. “I must congratulate you on the many successful runs you’ve had. I must say I’ve never worked with a more meticulous captain before. You’re a man after my own heart.”
Stunned silence followed until he could manage to swallow and respond. “I’m not quite following you...and frankly I find this vague conversation more than a little annoying. Perhaps you should be more forthright.”
Silence descended for mere seconds and a slow smile crept across her face. “You sealed a deal with my solicitor earlier this morning. You’re smuggling my sugar cane into South Hampton by December, and I’ve already paid you for it. Now, I’m here to offer you even more money than we previously agreed upon. What do you say? Do you think you’re up for a little challenge?”


Posted by Bernadette Marie at 9:42 AM