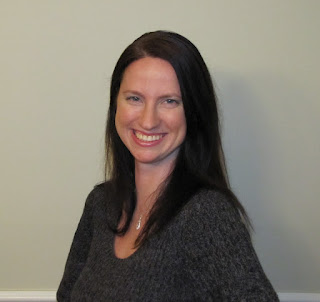 Heather Topham Wood graduated from the  in 2005 and holds a bachelor’s degree in English. Working full-time as a freelance writer for publications such as USA Today, Livestrong.com, Outlook by the Bay and Step in Style magazine, she writes fiction in her spare time. She resides in  with her husband and two sons.
First Visions is the first novel in the Second Sight series.

When I wrote my first draft of First Visions, I cranked it out in record time. The story just flowed so well and I ended up putting in some late nights just to get certain scenes out of my head. What became difficult was the editing and rewriting that had to be done. You grow attached to certain parts of your novel and it’s hard to hit the delete button and get rid of scenes, even if they’re not working. Sharing my novel was also hard for me. I’m somewhat of a private person and there’s nothing more personal to me than my writings. I have very opinionated family members and I knew if they thought it was complete crap, they’d have no problem telling me.

For the past five years, I’ve done primarily freelance writing for various online and offline publications. Most of my articles have focused on health, fitness, travel and food. Although a few of the topics have been pretty dry to write about, I’ve learned a lot through all of my article research. Before freelance writing, I worked for a travel agency and a doctor’s office.

What else would you like readers to know about you or your work?

I’m a wife and mom of two boys under the age of five. My life is completely crazy, but I finally realized it’s so important to have a creative outlet. It’s not easy to make time to write my novels between taking care of my sons and doing my freelance writing projects, but I carve out time each day. I’ve been so much happier now and I’m thrilled to share these characters that mean so much to me with readers. Although I deal with paranormal aspects in my book, I’ve tried to keep Kate as accessible and real as possible.

I’m an eclectic reader and can be drawn in as much by a bodice ripping cheesy romance novel as equally as a classic from the literary canon. A few authors whose works I can read time and time again include Jane Austen, Stephenie Meyer, Ralph Waldo Emerson, Suzanne Collins, Sophie Kinsella, Meg Cabot and Janet Evanovich. Definitely a weird mix, but these were the writers that came to mind when thinking about the novels that mean the most to me.

My new goal is to try and see a project through the end before starting a new one.  When I used to write stories in high school and college so many of the stories would remain unfinished. Funny enough, when I re-read some of my old writings, a few would even stop mid-sentence. Although I have a few other story ideas, I’m only writing them down for now and will wait until I finish the sequel for First Visions before tackling an entirely new storyline.

First Visions: Second Sight Book One was released on May 1 of this year and I’m currently working on the sequel. I have four books mapped out in my head for the series so far with the likely final count reaching five. I have another young adult series idea that I outlined and will probably begin my first draft after book two of Second Sight is ready to go.

To connect with Heather Topham Wood please visit her here: 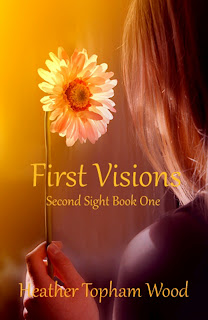 Two years ago, 21-year-old Kate Edwards became deathly ill and slipped into a coma. While unconscious, she crept into the mind of a missing boy and awoke with the knowledge of his location. Friends and family were skeptical and wary of her new ability to see into the minds of others. Their fears prompted Kate to keep her psychic powers a secret. Feeling alienated, she dropped out of college and spent most of her days holed up at her mother's home.

Now another child has been abducted. Police detective Jared Corbett seeks out Kate for her help in solving the case. Reluctantly, Kate agrees and they must work together to bring 8-year-old Cori Preston home to her family. Although attracted to one another, Jared has a girlfriend with ties to the abduction case and Kate is sarcastic and guarded since her coma. With visions she can't control and an uncontrollable attraction to the detective, she wonders if she can leave the past behind and finally stop hiding from the world. Otherwise, Cori may be lost forever.
Posted by Bernadette Marie at 5:04 AM