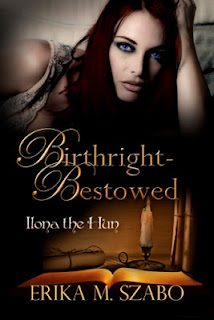 Birthright Bestowed
Ilona the Hun trilogy, book one
Ilona is an emergency room doctor, born into an ancient Hun tribe which still exists hidden amongst us with its strict and fiercely enforced rules. She doesn’t know much about her Hun heritage besides legends, customs and rituals that she continues out of respect for her parents whose sudden death ten years before devastated her. She plays her tune on her birthday given to her by her grandmother.  Elza – Ilona’s housekeeper - explains, the purpose of the tune is to let the elders know she had come to age. Her mother didn’t have a chance to explain her inherited powers, but after her 29th birthday when she is considered as an adult by Hun standards, she begins to remember the forgotten instructions concealed as rhymes her mother was teaching her since she was a small child. Ilona discovers she can heal with her bare hands; she can rearrange the human body to its healthy state. This ability is exciting as well as frightening. She is conflicted between having confidence in her intelligence and inherited abilities while having no confidence as a woman. Her insecurity created barriers which keep others out, and I also keep her caged in. She’s been in love with her unsuspecting best friend Bela, when a dashing stranger explodes into her life. The sudden magnetic feeling frightens her and discovering evil in him doesn’t help either. A sinister dark man appears, Ilona connects his presence with the series of mysterious deaths around her. Zoltan saves her life by jeopardizing his, which prompts Ilona to start fitting the puzzle pieces together and discovering the ancient tribal secrets that not only can change her future but the future existence of the Huns as well. 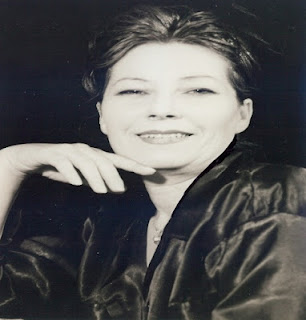 Erika M Szabo is a Hungarian born American; she lives in the beautiful Catskill Mountains. She has a PhD in Alternative Medicine; she published a few books in this subject. Erika loves the art of healing; however, writing about dry medical facts doesn’t satisfy her thirst for storytelling. The ancient history of the Huns always fascinated her, it is full of holes, mysteries and speculations; there are only a few written facts about them besides their legends. Erika used her fertile imagination to fill the historical voids in the story of Ilona. She raises questions such as - What if healing by touch could be possible? - What if we could find a soul mate no matter the obstacles? - What if we could visit our ancestors on a whim? - What if our destiny is not written in stone and we can create our future?

Excerpt from Birthright Bestowed:
I was holding Teddy deep in thoughts, absentmindedly stroking his soft artificial fur. He was my favorite childhood toy, stuffed to perfect softness. Suddenly I felt something piercing the side of my neck. The sharp pain made me jump, and I let out a muted cry. I touched the skin over my carotid artery and I felt warm wetness. A drop of blood glistened on my fingertips when I looked at my hand. I almost dropped Teddy feeling alarmed when I noticed that my fingers begun to glow as if a bright red light was turned on from the inside. At the same time I felt something scurrying from the side of my neck toward my chest. I reached up and swept my neck and chest jumping up in disgust. Crap! It must have been a bug or a spider. The damned thing bit me! I looked down on my chest and kept sweeping my clothes frantically looking for the bug.

A sudden swirling sensation took me by surprise and I grabbed the side of the ottoman to steady myself while everything began to fade around me. I tried to find a focus point to decrease the sudden vertigo, and then brought my eyes down to Teddy. I noticed with climbing alarm that his eyes took on a strange red glow. His eyes seemed alive; they bore into my insides and the intense glow kept me frozen. I’m hallucinating ran through my mind. I tried to turn away, yet I couldn’t move a muscle. I couldn’t even blink. I was scared, never having felt such primal fear before. I felt my heart racing and my breath came in little puffs as I felt cold beads of sweat on my forehead. I knew it was adrenaline flooding my body triggered by the sudden fright, but I was afraid it might have been some poison from the bite as well.

The strange sensation and hallucination stopped as quickly as it started. My hands felt and looked normal and I became rational in an instant and sat there, feeling obtuse, wondering what had just happened. The whole sensation lasted only for seconds, yet it frightened me a great deal not knowing what caused it.

I came in here hoping to find answers, and I found more questions. I didn’t find out anything! I thought angrily.

The only insight I got was being scared out of my mind. I couldn’t sit there anymore. I felt suffocated; I had to get out in the open. I left Teddy on the ottoman and opened the door carefully, peering out. Something seemed to pull me back, a vague feeling, as if I was missing something. I fingered the Turul bird medallion absentmindedly, feeling its smoothness and warmth. I realized I had searched everywhere but inside the ottoman. I grabbed the seat and tried to pull it up. There was a soft metallic click and then the top opened abruptly.
Posted by Bernadette Marie at 8:26 AM