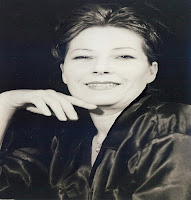 Secrets Revealed
Ilona’s story is provocative, rich in characters and detail that bring a lost world to life, a journey to treasure and remember. In book one Ilona is a lonely doctor discovering her rich tribal heritage and birthright to become a Healer. The barrier created by her insecurity kept others out, but also kept her caged in. She has to break the barriers to discover her true identity. She discovers growing magical abilities within her in the strange world of the Huns, which are beyond her wildest dreams. She can use her given gifts for absolute good or absolute evil; the choice is up to her. Ilona’s birthright as a Healer runs alongside her desires as a woman. She’s secretly and hopelessly in love with her best friend, he seems oblivious to her feelings. Fate brings Zoltan into her life. Will he break her heart, or will he bring true happiness? Ilona is hoping for a red tulip, the symbol of devoted love. Who will offer it to her? She discovers some secrets the Hun society is concealing, a society that is secretive and complex, with strict and fiercely enforced ancient rules; revealed to only those who come of age. Ilona is a rebel, who is determined to control and guide her own life. Resourceful and daring, she crosses the line and breaks those rules. She must face the consequences and has to fight for her men; both of them disappear from the face of the earth. She acquires magical abilities beyond her dreams to find and save them. Ilona has been evacuated from her easy and steady life. She is happy, but she still has many doubts. She hates that she has to hide in the past from a faceless enemy, however enjoys meeting her ancestors.

Erika M Szabo is a Hungarian born American; she lives in the beautiful Catskill Mountains. She has a PhD in Alternative Medicine; she published a few books in this subject. Erika loves the art of healing; however, writing about dry medical facts doesn’t satisfy her thirst for storytelling. The ancient history of the Huns always fascinated her, it is full of holes, mysteries and speculations; there are only a few written facts about them besides their legends. Erika used her fertile imagination to fill the historical voids in the story of Ilona. She raises questions such as - What if healing by touch could be possible? - What if we could find a soul mate no matter the obstacles? - What if we could visit our ancestors on a whim? - What if our destiny is not written in stone and we can create our future?

Posted by Bernadette Marie at 10:48 PM