Launch Day for Christine Steendam's HEART LIKE AN OCEAN


It's launch day again here on the Warrior Princess Romance Writer blog in conjunction with 5 Prince Publishing. Today is the debut novel for Christine Steendam! Her amazing work Heart Like an Ocean is now available. If you like historical romance, this is one to pick up! 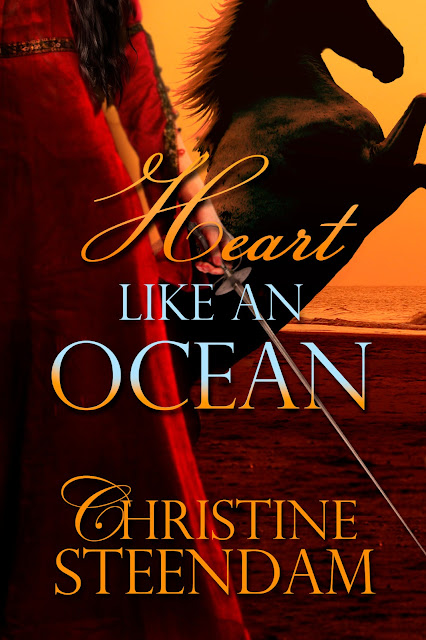 Heart like An Ocean:
In a society where she doesn't belong, Senona Montez, a strong-willed and free-spirited woman refuses to follow the path expected of a Don's only child.
On the eve of her marriage to a stranger, she saddles her horse and flees everything she knows, only to discover the petty concerns of society did not prepare her for the harsh life on the open sea. She finds an unlikely protector in a reckless privateer, Brant Foxton.
Straddling the worlds of independence and privilege in 1600's Europe, this captivating man challenges her in ways she never thought possible, shows her what living to the fullest really means, and allows her to follow her heart wherever it leads. 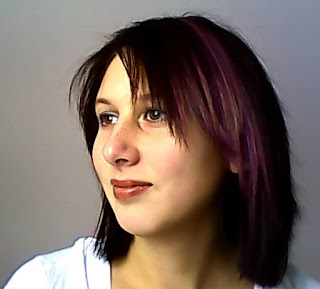 Christine has been writing stories since she could put pen to paper and form words. Now, many years later, her debut novel is scheduled to be released and her second book is in the works.
Christine has spent the better half of her life owning and working with horses, and these four legged companions often find their way into her stories. After all, no work of women’s fiction would be complete without a horse or two (in Christine’s opinion at least).
She currently makes her home in the center of the world—no, really. Look at an atlas.

Heart Like An Ocean Excerpt:
Spain-1666
Senona looked around the room full of swirling dresses of so many shapes and colors. It was like a dream and left her overwhelmed and unable to tear her eyes away. Tonight she was a princess in her new dress with her hair curled, cascading in loose waves down her back. Tonight she was perfect.
Browsing the room, this time in search of familiar faces, Senona spotted Caton Amador, and Isidro Amato. The boys, although older, were her friends and a welcome relief to the overwhelming nature of her surroundings. She made her way around the perimeter of the room in their general direction.
Isidro was never very serious about anything and enjoyed teasing Senona, which annoyed her to no end. Caton was much more subdued and quiet, at least around her. Although they were not as close as they once had been, the families remained good friends, and the three of them spent many hours riding around the countryside or playing games in the garden. When they were younger, Isidro and Caton had been her constant companions, helping her sneak out of tea with their Madres or rescuing her from lessons with her tutor. Now they never voluntarily saw each other, but due to their families’ relationship, they found themselves together often enough.
“Senona, my Chica! You are a picture of beauty, as always,” boomed Isidro’s obnoxious and teasing voice.
Caton turned to look at the young girl. “Leave her alone, Isidro.”
“Come on, Caton. She’s glad to see us.”
Caton frowned but said nothing, turning his attention back to the pretty girl standing next to him. Isidro seemed to accept that as permission to continue, and he smirked mockingly at Senona, beckoning her. The small flock of girls that surrounded the two boys giggled, causing her to blush and become hesitant and uncomfortable. She had never seen the boys in this environment, and she quickly questioned her decision that she belonged with them.
“It’s okay, Isidro. I just wanted to say hello.”
“Well then, run along. There must be some of your friends around.”
Senona forced a smile and turned to Caton. “Hello, Caton.”
He barely acknowledged her with a brief glance and nod in her direction, and then returned to ignoring her. Unsure of how to deal with Caton’s rejection, she walked away, her eyes burning with angry tears that threatened to spill over. Why was he being so rude? Not even so much as a hello, as if he were embarrassed to be associated with her.
As she pushed her way through the crowd, she heard one of the girls laugh. “Caton, I do believe you hurt her feelings.”
Caton’s deep, unmistakable chuckle cut through the din and his voice was all she heard. “She’s a silly, strange girl. I would rather not encourage her.”
Senona expected this behavior from Isidro, but from Caton? She had always thought he was honest and simple, but his actions tonight had shown her otherwise. She had been a fool to think that these older boys were her friends.
Escaping into the shadows, she hid from the sneering glances and mocking laughter that seemed to follow her wherever she went. She had thought that tonight would be different, but nothing had changed. She was just a strange little girl.
The night was a blur, a blur of swirling skirts and obnoxious voices. To nearly everyone she was invisible. Even her Madre and Padre, who had never been overly affectionate towards their daughter, seemed to have completely forgotten her existence. But that wasn’t so different from normal. They weren’t very affectionate people ever, even towards each other.
At the end of the night, Senona lay in bed, her new dress hanging in her wardrobe, mocking her. She had realised tonight how far she fell from society’s standards, her own parents’ standards. Any illusion she had of being a princess, of being perfect for one night had been shattered. But that didn't really bother her. The truly odd thing was that she felt a weight lifted from her shoulders. Perhaps she didn’t have to be that way. Perhaps now she had the freedom to do as she wanted. It wasn’t as if anyone cared about her anyway. She was just a strange little girl.
Posted by Bernadette Marie at 8:26 AM