All 5 Prince Publishing authors are special to me. That is why my job is so satisfying! But Susan Lohrer couldn't have made me happier than the day she emailed me her submission!  Susan and I have been "co-workers" since January 2010. She was my first editor and I credit her with leading my way to where I am today as a published author. Susan and I have come a long way together and I have enjoyed the journey and look forward to what is to come!  So with out further ado... An interview with Susan Lohrer. 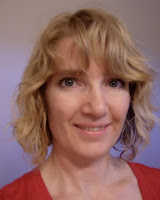 
Susan Lohrer grew up all over western Canada and lives in BC with her husband, their two children who are still at home, three dogs, and far too many aquariums. She believes life is always better with a healthy dose of humor.

A healthy dose of humor can get you through just about anything life throws at you. Especially if you’re in a relationship. When we embrace the difficult moments and learn to laugh at them—and at ourselves—the world turns into a brighter, more sparkly place. And who doesn’t like bright, sparkly things? (Dh, if you’re reading this, just an FYI: I like bright, sparkly things.)

Oh, gosh. Let me count on my fingers… It was eight years. Which goes to show you, if something’s important to you, you should never give up.

Only by the broadest stretch of the imagination. For example, in Rocky Road, Ancy’s brother, Will, is autistic. One of my daughters has Down syndrome, and I wanted to write about how amazing and inspirational a person with certain challenges can be. (Not to mention the hilarity that can ensue—once I was trying to explain to said daughter that it’s my job as a mom to make sure she gets up and gets ready for school, which she didn’t want to do that day, and after about a millisecond of thought she shot back, “You’re fired!”) But Downs didn’t fit the storyline of my book. After doing a lot of research, including reading books by Donna Williams (an author who happens to be autistic), I settled on autism.

Although, literally as I was writing the previous paragraph, my daughter texted me this: “So, Ancy likes Josh Groban and not Credence Clearwater Revival. Hmmm, sounds familiar.” So yes, there are tidbits of real life in my stories. Actually, she was there during the moment I developed a profound (but temporary) dislike for that particular band. Not because of the music but because hubby cranked it up loud on a hot day when I had morning sickness. I don’t mind CCR now, so all’s well.

As for Ancy’s sticky situation with the wax toilet ring… they do say to write what you know. Yes, that came straight from firsthand experience, and yes, I’m that big a klutz. Now you know.

It’s an odd combination, but I grew up devouring books by Stephen King and Maeve Binchy, so they were major inspirations for me. My favorite writing quote is from King’s On Writing, in which he says, “If you feel you need permission to do all the reading and writing your little heart desires, however, consider it hereby granted by yours truly.” And of course there’s the fabulous Katie Fforde. I adore her humor and love how endearing her characters are. I was so thrilled when I e-mailed her and she e-mailed me back—swoon! But there are so many authors I know through writing groups or have worked with in my editing career, regular people following their dreams and writing their hearts out, and every one of them is a huge inspiration.

Oh, absolutely! I do nothing but traipse about in silk gowns and sip champagne. Ha! Um, actually? I’m still pecking away at my computer just like always, but now with a debilitating terror that people will read my books and think I’m:
a)     Funny
b)     Not funny
c)     Crazy
d)     All of the above
e)     None of the above

Rocky Road:
Physical therapist Nancy Anne Robertson has her sights set on her dream promotion. Problem #1: she’s engaged to one of her patients, and if her secret gets out, she’ll lose her job altogether. Problem #2: her ex-fiancé is back in town, shooting for the same promotion. Complicating matters are two mothers (and one fiancé) with alarming secrets, an autistic brother with a penchant for wandering off at the most inconvenient times, and four rings—the fake diamond kind, the stolen kind, the sticky wax kind that belongs under a toilet . . . and maybe, just maybe, the kind meant to make a girl say I do.
How to contact Susan Lohrer:
Website: http://www.susanlohrer.com
Twitter: @susanlohrer
Facebook: https://www.facebook.com/Author.Susan.Lohrer
E-mail: susan@susanlohrer.com

Jen swung the stall door open, pocketed the quarter she’d used to jimmy the lock, and folded Ancy into her arms.
What’s the matter? What wasn’t the matter?
“Jen, I don’t know what to do,” Ancy wailed, dampening her friend’s shoulder, but Jen didn’t seem to mind.
“Well, why don’t you march right back out there and say hi to Steve?” Jen loosened her grip on Ancy and dabbed at her wet face with a square of stiff toilet paper. “You’ve moved on with your life, and I’m sure he has too. It’s been a year, after all.” She smiled, and the corners of her dark brown eyes crinkled.
Jen was right. Steve had surely met someone else by now too. Of course, it was probably only a rebound relationship, but still, it hadn’t taken Ancy long at all to find Mr. Right.
Oh, it was torture. Jen was closer to her than anyone was. Not telling her best friend about her relationship with Mark was the hardest thing she’d ever done. Keeping it quiet at work didn’t feel right, but if she didn’t, she’d lose her job. She’d almost convinced herself it was just a matter of bad timing. Almost. But Jen and Ancy had told each other everything since they were three years old.
Everything.
“Jen, about Mark—”
“You never mind about Mark.” Jen grinned. “You’ve been spending so much time worrying about him, you haven’t been able to think about what’s really important.”
“Like?” Like telling her best friend the truth.
“Like a very nice man is standing out there wondering why you took off as soon as you laid eyes on him.”
“I know, but I really need to tell you about Mark.” This was it, nothing was going to stop her, and it didn’t matter if she lost her job. A best friend came along just once in a lifetime.
“You’ve got to stop letting your work interfere with your life.” Jen shook her head. “It would be different if you were dating him, but only a complete idiot would get involved with a patient. Especially here, under Doris’s iron fist.” She chuckled.
“Dating him.” Ancy’s voice was a faint echo of Jen’s.
“I’m so glad you’ve got your head screwed on straight.”