Today is a very special day! Today is a media even to bring support to Alex's Lemonade Stand - Foundation for Childhood Cancer. This is a topic near and dear to my heart. The first friend I ever lost, I lost to childhood Leukemia. I was 9, she was 13. We lived next door to each other. History has a sad way of repeating itself. My children lost a friend in April to bone cancer, he missed his 15th birthday by months. I hope someday there will be no talk of children with cancer, or anyone for that matter. I'm proud to have been asked to be part of this tour. 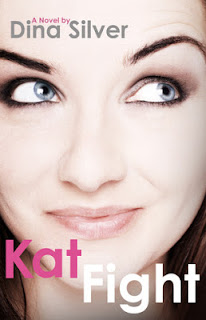 Kat Fight: The seriously funny, fabulously flawed Kat Porter has arrived, and she may just steal your heart—not to mention your boyfriend. Readers everywhere will revel in this sharp-witted, well-meaning whirlwind in author Dina Silver’s hilarious new novel, Kat Fight. In her quest for love, Kat makes every wrong turn, juggling two men, one best friend, and her own deeply confused heart’s desires.

Kat Porter is a consummate romantic, eager for her chance to find love and commitment. But after her boyfriend of four years, Marc, begins to grow apathetic and sends her calls straight to voicemail one too many times, Kat finally musters the courage to confront her so-called sweetheart, who seems more interested in dodging her than courting her. Though she’s no fan of ultimatums, Kat is at the end of her considerable wits, and lobs a massive one his way, completely confident that he'll make the right decision when faced with losing her. He doesn't.

With radio silence from Marc, Kat’s lifelong dream of finding a husband and forging a family is decidedly on the skids. That’s when her childhood friend Julie steps in, forcing Kat on a blind date to help her move beyond the break-up. Not only does Kat botch the setup, she instead finds herself in hot pursuit of Julie’s love interest, Ryan Sullivan. A man who, in addition to literally taking her breath away, is the living, breathing personification of everything Kat wants in a husband.

Can Kat connect with the man of her dreams without hurting two of the people she cares most about? At the same time, she must also contend with the quips of her beloved catty coworker Adam, her bi-polar boss Brooke, and a string of comic, unpredictable plot twists. All the while, Kat’s cheeky perspective and generous heart will leave readers adoring every moment of her journey while chuckling and cheering for the ever cute, razor-sharp Kat as she fights to land the love of a lifetime. 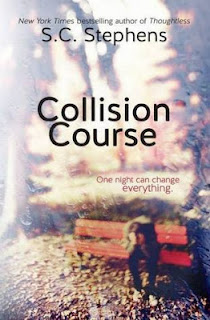 Collision Course: Lucas had it all – popularity, a devoted girlfriend, a brotherly best friend, and a loving mother who would do anything for him. His life was right on course to be a successful and fulfilling one, until the crash changed everything. It happened late one night during a sudden downpour. That evening, three young lives were lost and one life was left irrevocably altered. As the lone survivor, Lucas finds himself surrounded by swirling gossip of reckless drunkenness from the small town he used to warmly call home. Amid his own guilt and self-hatred, Lucas struggles to find hope, find peace, and maybe, even find love again. 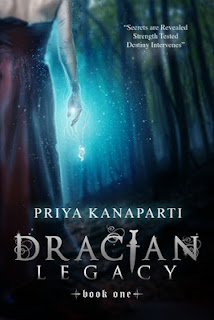 Dracian Legacy: Ren and Axel are caught between two powerful magical races: one destined to end the bloodshed, the other out for vengeance.

Seventeen-year-old Ren Pernell is prophesied to end the war between the Dracians and the Telalians. So when a Dracian, Axel Knight, is sent to find and bring back the prophesied one before she turns eighteen and Telalians discover of her existence, unexpected sparks start to fly between the two. Once Ren finds the truth behind Axel’s arrival, she wants everything to do with him and nothing to do with his mission.

Things prove to become difficult as Ren’s life is constantly threatened by the Goarders, humans who sold their souls, a Proxy Succubi, and the leader of the Telalians, who has been searching for her as well.

With the clock ticking and Ren’s life in jeopardy, it is no longer just a mission for Axel. It becomes a personal endeavor to save the only one he’s ever loved. In a heart racing ending, they must find a way to evade the preordained war that won’t also end Ren’s life. 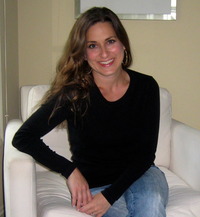 About Dina Silver: A graduate of Purdue University, Dina Silver has spent the past fifteen years feeding her red wine habit by working as a copywriter in the advertising industry. After seeing the bulk of her professional prose on brochures and direct mail pieces, she is delighted to have made the transition to novelist. She currently lives with her husband and son in suburban Chicago. Additionally, she loves talking about herself in the third person.
Website

S.C. Stephens is an independent author who enjoys spending every free moment she has creating stories that are packed with emotion and heavy on romance.

Her first attempt at a full-length novel was Thoughtless. She wrote the angst-filled love triangle in early 2009 and published it that summer on FictionPress. Amazed and surprised by the response, more stories were quick to follow.

Conversion, the first novel in a three story vampire series, was released in the fall. Collision Course, a tragic, yet hopeful tale of love and loss was released in early 2010. The second Conversion novel came out next, along with It’s All Relative, a different take on a one night stand story.

In addition to writing, Stephens enjoys reading other people’s fabulous novels, loading up her iPod with writer’s block reducing music, heading out to the movie theaters, and spending quality time with her children. 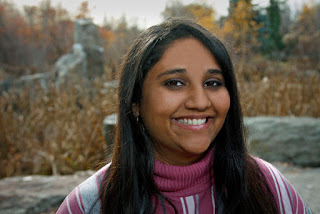 Indie YA/NA Author. DRACIAN LEGACY, a YA Paranormal Romance releases in 2013. Priya strongly believes that true love concurs all and that's what she writes about

She live in beautiful city of Boise, ID. She’s a full time working mom and part time YA Novel Author.

** During the month of June, $1 of every Kat Fight, Collision Course, and Dracian Legacy purchase will be donated to Alex's Lemonade Stand - Foundation for Childhood Cancer **

PLUS: Author Rebecca Donovan from the Breathing series will be matching
every dollar they donate!

Alex’s Lemonade Stand Foundation (ALSF) emerged from the front yard lemonade stand of cancer patient Alexandra “Alex” Scott (1996-2004). In 2000, 4-year-old Alex announced that she wanted to hold a lemonade stand to raise money to help find a cure for all children with cancer. Since Alex held that first stand, the Foundation bearing her name has evolved into a national fundraising movement, complete with thousands of supporters across the country carrying on her legacy of hope. 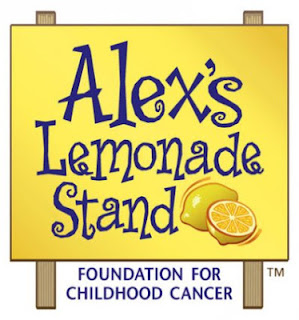