Please welcome YA contemporary fantasy author Teshelle Combs. Author of the novel, "Core," Teshelle is one of those crazies who majored in English in college at the University of Central Florida and she daringly works as a full-time writer. Teshelle grew up in the beautiful St. Thomas, Virgin Islands, and currently lives with her composer/voice actor hubby, Nate Combs, and their soon-to-be born baby boy, Jaxter, in Cape Coral, FL. 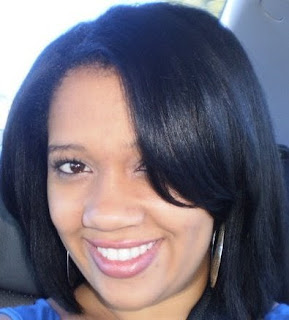 For me, writing the book was the easiest part. I can usually start the first chapter and get to “The End” in about a month. Editing takes the longest. First I rewrite, which includes a lot of hacking and slashing and burning, then I move on to fine edits and proofreading. I probably edited “Core” myself six or seven times before I was prepared to send it out.

The hardest part? Fighting through the doubts. Battling those notions that my work isn’t good enough, that it’ll never be ready, that my dreams are ridiculous. I think every good writer has these thoughts, but the most important part is getting past it. And yes, I got past it!

Both! I love researching, so for “Core,” I searched for information on dragons, sirens, and other mythological creatures. I also researched the towns that I set the novel in, especially Chimbote, Peru–from what the air smells like, to the type of animals you might see in the outskirts of the city, to how long it would take to hike from the coast to Santiago’s house. I probably still have about 30 pages of research on my computer somewhere.

But when I start writing my book, I just go for it. It all comes out in about a month, like my fingers are crazed and just can’t stop typing. I only come up for air when I’ve got it all down.

If I can do it, you can do it. I’m not a prodigy, not a genius or a mastermind. I’m just some kid who decided I wanted to write a story. So I put in the work: I studied, I wrote, I researched, I wrote some more. And because God is amazing, I did it. I’m an author. I’ve found my dream. So why can’t you?

I want my readers to remember that love is not always what we expect. Sometimes it comes suddenly and grows slowly. Sometimes it’s beautiful and tough and hard to hold on to. But it is always a choice, and, when it is true and honest, it is always worth it.

I love my home. I grew up in St. Thomas, Virgin Islands. It’s beautiful and the air is fresh and cool, even when the sun is hot. When it rains, the island is covered in clouds. Living in St. Thomas gave me the inspiration I needed to turn words into stories, to turn ordinary into fantasy. It will always be a part of who I am, and my home influences every single one of my stories.

I’ve just released my debut novel, “Core,” and am still working on the sequel. I hope to have it ready by June 2014.

Thank you so much for interviewing me, Bernadette Marie! I had so much fun.
My pleasure! And best of luck with your baby! 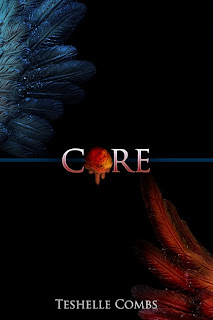 From the moment Cale sets his eyes on Ava Johnson, he catches fire to their fates, locking them both in a wild spiral, tied to a world of betrayal and chaos.

Cale Anders lives a normal life–as normal as any eighteen year old dragon could hope for. He has always managed to straddle two worlds, one of underground fight clubs and siren hunts, and one of family barbecues and backyard football. Still, for as long as Cale can remember, he’s been the middle man–the ambassador for his own family–bent on reconciling the stark differences between his fiercely intelligent blue dragon relatives and the boisterous, passionate red dragon nesters.

But when Cale picks the steely-eyed human, Ava, to be his rider, he must choose between the family he’s always loved, and the only girl who can unlock his potential and spark his core. Ava, her heart entrapped in a prison of callouses, is caught off guard by the rawness of the Anders’ life and the honesty of the boy who claims to belong only to her. But even more alarming than her immersion in a world she never knew existed, is the realization that love can grow slowly, steadily, and painfully, no matter how furious her resistance.
Together, Cale and Ava upturn the balance of the dragon world, leaving their very lives vulnerable to the wiles of forces neither of them truly understand.

Please enjoy an excerpt from Core.
Core
Chapter One
Her