I'm happy to have with me today author Nick C. Roberts. 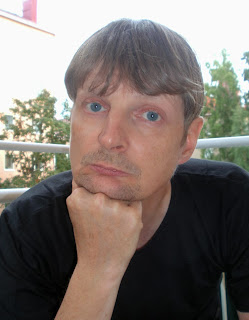 Nick C. Roberts is an English author living in Helsinki. He has travelled widely, and before becoming a full-time author, taught English as a Foreign Language. He has written the suspense thriller Collision Bound and two collections of short stories, Burnt Forest, and the newly released The Glass House Killer.

What genre(s) do you write?
I write suspense thrillers and suspenseful short stories.

What do you hope readers take with them after reading one of your stories?
Above all, I hope my readers will have been entertained – that when they’ve finished my story, they’ll feel as one does on leaving the darkness of a movie theatre and walking out onto the sunny street. I hope they’ll have got to know my characters and will miss them – that they’ll have laughed or cried, or felt whatever I wanted them to feel through the arrangement of my words. I hope I possess the power to manipulate their emotions and leave them wanting more.

What books or authors have most influenced your life?
When I was younger, I read every book by the German author Sven Hassel. The stories vividly portrayed the reality and folly of war. Truly brilliant. More recently, I’ve read all the works of the great Joyce Carol Oates. Her beautifully crafted stories and totally unique style have certainly influenced my writing. I’ve also read many of Ruth Rendell’s books. I very much enjoy her stories set in London, where I lived and studied for five years. The main characters she portrays are often wonderfully odd and sinister. Another strong influence for me. Finally I admire the Italian writer Niccolo Ammaniti. Often seen from a child’s perspective, his observations of modern day life in Italy are fascinating.

Are any of your characters based on real people or events?
Yes. I enjoy people watching, and feel that I have a sharp eye for their eccentricities and foibles. I’ve lived in England, Australia, Germany and Finland, and my stories are based on some of the many and varied people I’ve come across, events I’ve witnessed, and experiences I’ve had in those very different cultures.

When not writing, how do you relax?
I like to read a lot! Especially before sleeping at night, I have to read. Otherwise I like to be out in the fresh air, by the sea or in the forest. Helsinki, where I live, is a beautiful harbour city, and I love to cycle or walk in all seasons (which are clearly defined here in the far north). I also enjoy the occasional visit to an Italian restaurant, or listening to music – usually John Frusciante.

Tell readers about your upcoming projects.

I’m in the early stages of writing my next full-length novel. Set in a northern English town, it’s a chilling tale of infatuation, jealousy and revenge. 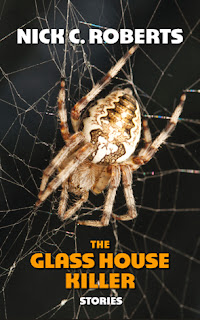 The Glass House Killer is a collection of thirteen new short stories, which reveal the darkness, the violence and raw emotion lurking below the surface of everyday lives. In War Vet, a serving soldier returns from Afghanistan to find things have changed in his absence. In Dead Duck, a teenage loner seeks revenge against the uncle who abused him, and in the title story, a young man abroad comes face to face with a serial killer.

Excerpt from The Glass House Killer

That evening, Pax started acting weird. We’d agreed a rendezvous point for nine o’clock, but at twenty past, feeling conspicuous with my folder, I was still waiting. Finally, looking spooked, he pulled up in his Holden. It had a fresh dent on the hood and something was rattling. He was evasive when I asked him about it – ‘just a scrape’, he said, irritably.
The next night he arrived late again, in high spirits. The car smelt of dope. It was clear he hadn’t been working. I’d made hay again, though, with six more sales.
Pax told me he’d met some guys who’d invited him to their place. He didn’t say how or where he’d found them. When we reached their remote place up the coast, it was pitch black. Pax knocked on the door. It was opened a crack by someone pointing a shotgun. My heart flipped over.
“Take it easy, man,” said Pax, “it’s only me.”
“Who’s the dude?” said a voice through the gap in the door.
“That’s Noel. He’s cool,” said Pax. The door swung open to reveal a man in his thirties, his beer gut sagging over his shorts. He was shirtless and had a full beard and headband. He put the rifle behind the door and told us to follow him.