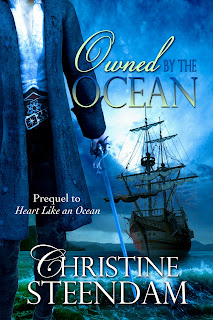 Owned By the Ocean
Brant’s life is planned for him. He will attend the best academic school in England, run his father’s estate, and marry well. But, with the sea calling to him, and a father that treats him more like a soldier to be commanded than a son, he takes off to find his own destiny.
What Brant doesn’t know, is that the sea is a cruel mistress, and once she owns you she won’t let you go. 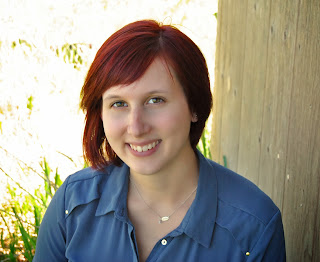 Christine has been writing stories since she could put pen to paper and form words. Now, fifteen years later, her debut novel has been released and her second book is in the works.
Christine has spent the better half of her life owning and working with horses, and these four legged companions often find their way into her stories. After all, no work of women’s fiction would be complete without a horse or two.
She currently makes her home in the center of the world—no, really. Look at an atlas.

Excerpt of Owned by the Ocean:
England- 1660

Leo laughed. “That's the spirit. Come on let’s dig into your trust fund a little and make use of some of your father's hard earned money.”
Posted by Bernadette Marie at 12:00 AM