CART BEFORE THE HORSE revisited pt 1 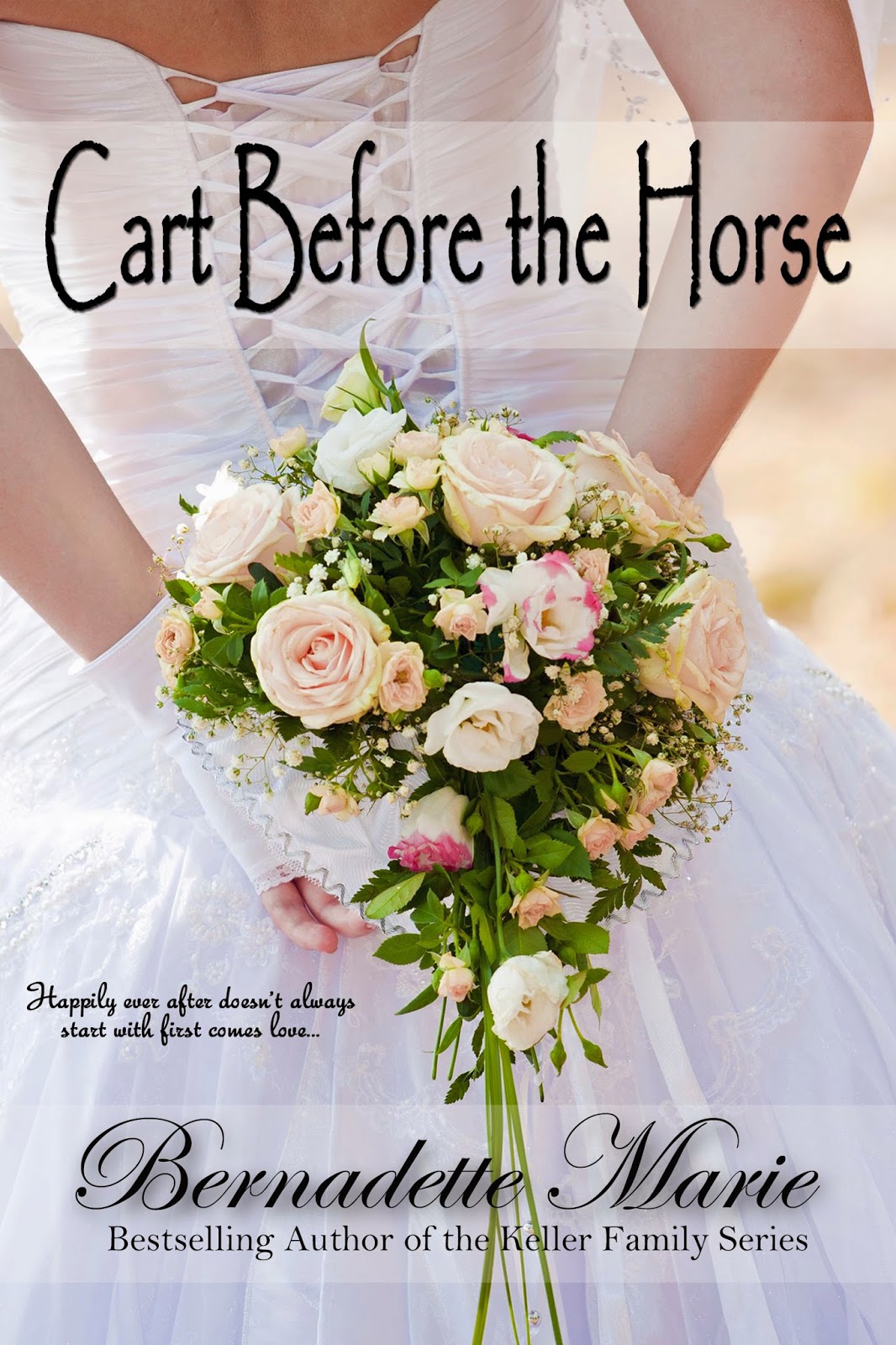 Happily ever after doesn't always start with first comes love...

Gabriel Maguire thought he'd buried his past until the night he met Holly, only to lose the woman he cared about, again.Holly Jacobs has always put the cart before the horse. A prodigy who shot to stardom in textile design, she never knew a normal life—and there's nothing she longs for more than to be normal.Pregnant before she even knows the name of her baby's father, Holly has put the cart miles ahead of the horse this time. But when she and Gabe meet for the second time, they decide to have their baby together. Holly finally begins to accept her unique way of doing everything backward, but Gabe's very normality drives her up the walls. Then his tragic past rears up; pain and loss threaten to destroy forever the fragile bond that has blossomed between him and Holly.Sometimes the only way to get where you need to be is to put the cart before the horse.


This week I am revisiting the second book I published with my house 5 Prince Publishing. This was the first book I had set in Colorado with actual landmarks. I must say it was a lot of fun to do that. This week I will introduce you to the characters, take you behind the scenes and show you some of the Landmarks mentioned in the book, and introduce you to the author who inspired Holly's career.

For now...here is a little excerpt to introduce you to the bestselling novel
CART BEFORE THE HORSE

Holly’s feet had gone numb and so had her legs. Another fifteen, twenty, thirty seconds she sat looking down at the stick in her hand. She’d shaken it, cursed it, and waited more than the allotted time, but it hadn’t changed. The word on the stupid EPT stick said the same thing.
PREGNANT.
“No. No. No!” She threw the stick into the sink as she tried to peel her numb legs from the toilet. She’d waited there so long, hoping, unable to look at the test, they wobbled beneath her and she struggled to pull herself upright.
Holly stumbled through her bathroom door and out to the bedroom. The box from the pregnancy test sat on the bed, taunting her. She fell onto the bed beside it. She read and reread the instructions. She’d done it right. She’d done what it said to do, and still it had boldly stated, PREGNANT.
“No!” she screamed and threw the box across the room.
She looked at the clock. It was already seven thirty. Not only had her life been upheaved, now she was falling behind. In exactly an hour and a half she had a presentation to make to a client who could bring in hundreds of thousands of dollars into the company in the next six months. Her meticulous planning and preparation for this very morning had been her focus for the past three months. Now she was nowhere near being on her A-game.
She showered, skipped a few of her usual rinse and repeats, ripped an outfit out of the closet, and grabbed for two shoes. As she buttoned her blouse for the third time, she realized her perfectly organized life had just crashed around her.
There wasn’t time to refine the out-of-control hair for her perfect hairdo. There wasn’t time for more than lipstick, and the shade she’d chosen didn’t do anything for her pale skin. Had she left the presentation in her office or her car? Sweat beaded on her forehead. The phone rang, and she screamed. She threw down her makeup brushes, followed by a string of curses.
“Morning, Holly.” Tracy’s voice on the other end screeched in her ear.
“I am not speaking to you,” she hollered into the phone at her best friend. Ex-best friend, she decided.
“You’re in a mood.” Tracy laughed.
“You have no idea. Leave me alone. I have to get to work.”
“Slow down,” she said. “That’s what I’m calling for. The client canceled. Weather in Chicago has the flights canceled. We have a week to stew over it now.”
“Are you kidding me?” Holly moved her head from side to side to alleviate the tension that had started to pinch in her neck. Was God mad at her? Was he punishing her? What was going on in her life? She glowered at the floor and noticed her shoes didn’t match.
Holly flung herself backward on her bed, the phone still attached to her ear.
“Hol, what’s wrong?” Tracy’s voice had that irritating yet soothing quality that Holly usually adored, but today it was unwelcome.
“I’m just not feeling well.” She couldn’t have spoken more truth.
“I’m headed in. Why don’t you take your time. Take a hot bath and have some tea,” she offered, as she would. Holistic tea would fix the world, according to Tracy Morton.
Nothing would fix her now.
“Fine.”
“Are you still mad at me?” Tracy teased.
“You have no idea,” she repeated, then hung up the phone and just lay there staring at the ceiling.
An hour later, finally taking Tracy’s advice, she made tea, drank it down, and sat chin deep in a hot bath. She held the telltale stick in her hand. Still it hadn’t changed.
PREGNANT.
“Once more, Holly. Got the cart before the horse,” she said, just as her mother always said to her.