#BookSpotlight for The Running Series by Suzanne Sweeney


Follow the Tour! The more comments you leave the better your chance to win!
Here are the dates and stops!

Running Back to You:
Juliette Fletcher is a girl with a plan. Not one to sit back and wait for life to happen, she moves back home after graduation and begins to carve out a life for herself.

Evan McGuire is desperate for a fresh start. His career in the NFL depends on it. Years of partying and carefree living have caught up with him. After buying a beach house in need of renovations, he begins to rebuild his life and his reputation.

What Evan doesn’t expect is a chance meeting with Juliette out on an early morning beach run with her dog. A strong mutual attraction draws them together, but fear of scaring her away keeps Evan from revealing his true identity. Evan finds himself in an unfamiliar situation – forced to work harder than he ever has before to prove himself worthy of her affections.

Tragic misunderstandings and unexpected obstacles threaten to derail a fragile relationship. Someone is watching, waiting, and tormenting Juliette, desperate to destroy everything. Can they find the strength to overcome jealousy, insecurity, and fear before it’s too late?

Running Home to You: 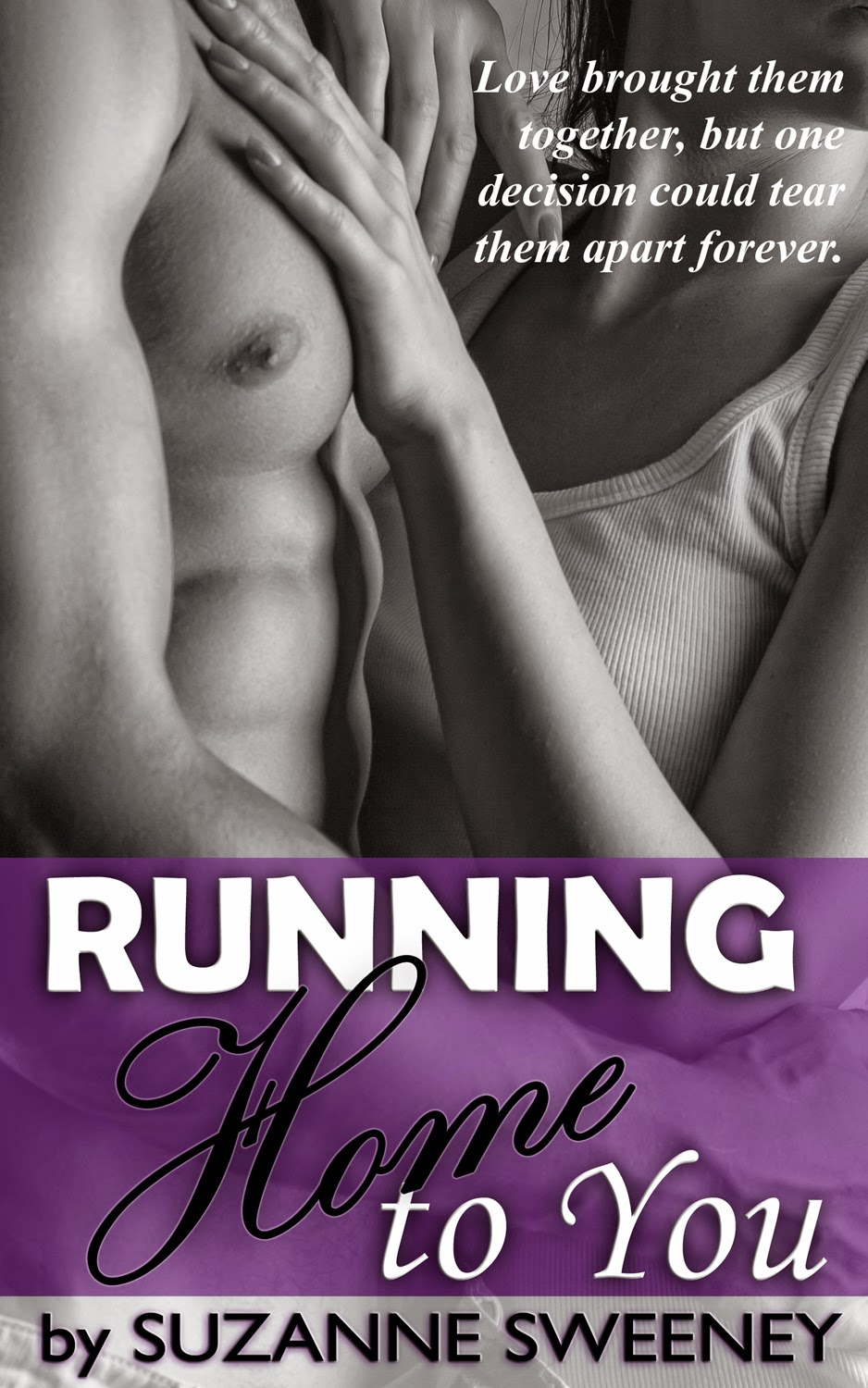 Running Home to You: continues the journey of Juliette and Evan that began in “Running Back to You”.

Juliette Fletcher thought she had it all – a strikingly handsome man who adores her, a new business venture with her best friends by her side, and a dream house right on the beach. But appearances can be deceiving and everything comes at a cost.

Evan McGuire has just survived a vicious attack that almost ended his professional football career. He’s on the mends now, trying to piece his life back together again, and build a life with Juliette.

But Evan’s erratic behavior has Juliette worried. She must figure out how to save her struggling restaurant, her fragile friendships, and her now unhealthy relationship with the man she loves. Juliette and Evan find that they’ve placed their trust in the wrong people and the price they pay for that mistake may ultimately cost them everything.

Running Home to You is the second book in the Running Series.

An Interview with Suzanne Sweeney

How much time did it take from writing your first book to having it published?
It didn't take nearly as long to complete a novel from conception to publication as I anticipated.  I began slowly in February, moving slowly, carefully, and diligently through a carefully planned storyline.  Once I found my flow, it really took on a life of its own and my novel was done near Memorial Day, about four months later.  However, I was completely unprepared for the rest of the process.  I had so much to learn - what a beta reader is, what an ARC is, what a .mobi file is, and how to format and self-publish a novel.  It took another two and a half months to finally release it for sale.  That's only about seven months in total.  For a first-time novelist, I think that's pretty good.

Do you write under more than one name? Why?
I don't write under more than one name, but the name you see isn't my real name.  It's my first name and my mother's maiden name.  The reason is simple - writing isn't my full time career, not just yet, anyway.  For now, I'm an elementary teacher.  I teach the art and science of Reading & Writing to a class of ten and eleven year olds 182 days a year.  I know that my book will find its way into the hands of many members of my community, mostly because the setting is such an important part of the novel.  My novels have some intimate scenes, as many contemporary romance novels do.  My fear is that one day I will be sitting in a parent-teacher conferences and the parent sitting across for me won't have questions about their son or daughter, but will want to know what's going to happen in the next book.  Or, they might have reservations about their child's trusted teacher being known for writing this type of book.

Aside from personal connections, I try to make real life connections in the book as well.  For example, when I place Evan and Juliette at a Knicks game beside real celebrities, I first searched for footage of actual celebrities who attended Knicks games.  Visitors to my website can see the pictures that I found.

When I write about Evan's football contract for the new season, I did my research and used the figures found in an actual NFL quarterback's contract.  The readers can rest assured that although this is a work of fiction, I did my homework first.

Where are you from?
I was born and raised in the small seaside community of Point Pleasant, New Jersey, population under 20,000.  I am raising my family here and I am proud to call it home.  We are within a short drive of major metropolitan cities such as Manhattan, Philadelphia, and Baltimore.  My town and it's neighboring communities are a mecca for many celebrities and CEO's.  Mary Higgins Clark, Jon Stewart, Bill Parcels, and Brian Williams all own homes in surrounding areas, just to name a few.  It seemed to be the perfect setting for a 'small town girl meets celebrity bad boy' type of romance.  All the places listed in my novel are actual locations that readers can come and visit.

How do you come up with the titles?
The titles are a product of months of indecision.  I searched every online website that lists football terminology I could find searching for inspiration.  Originally, I wanted a title that conveyed more than one meaning, a sort of double entendre such as "Red Zone" or "Quarterback Sneak".  But everything I came up with sounded too kitschy and corny.  And none of them were easy to tweak for sequels.  When I stumbled upon the football position of Running Back, I knew immediately that it had the potential for variation - Running Back to You, Running Home to You, and Running Away With You.  That means that the serial title would be "The Running" Series, which also was a double entendre.  Tie that with the fact that the main character, Juliette, likes to run and that's actually how she met her counterpart, Evan, and I knew I had the perfect title for my book!

Please tell us 5 miscellaneous facts about yourself.
1.      I designed the covers for the book myself.
2.      The first thing I've been credited for authoring was a law in 2003, co-written with my students, that named the Blueberry the State Fruit of New Jersey.
3.      My favorite ice cream is mint chocolate chip ice cream with caramel topping.
4.      One of my favorite genres to read is dystopian young adult.
5.      My dream is to one-day travel in outer space.

Please share with us your future projects and upcoming releases.
I am currently writing the third and final installment in the Running Series, Running Away with You.  In this book, I am introducing a new character that may be the subject of a spin-off series.  I'd love to hear whom the readers think deserves their own series.

Running Back to You excerpt from Chapter 3:  Outside Forces


Wanting to know a little bit more about him, I press on.  “I don’t mean to pry, but I was just wondering … do you live here?  I mean, is this your house?  Is there anyone who might walk in and have a problem with me sitting here right now?  A wife?  Girlfriend?  Boyfriend?”

He chokes on his water and spits it out.  I guess he’s never been asked that before.

“Wow, you get right to it, don’t you?  No, Juliette, I live here alone, most of the time, anyway.”  Another cryptic response that I’ll leave alone for the time being.

He hands me a fresh bottle of water.

“How about you?  Anyone special in your life right now?”  He folds his hands in his lap and I can’t help but notice they’re the exact type of hands I love: large, strong, and manly.

“No.  It’s just Maddy and me against the world.  She watches my back and I scratch hers.”  It’s my lame attempt at humor.  Absentmindedly, I start twirling my fingers through my ponytail.

He has a one-word response, “Interesting.”  I’m perplexed.

Evan checks his watch and agrees, “Yeah, let me check it.  I want to make sure it’s not swelling up.”  He tenderly removes the compression bandage and the ice.  When his hand makes contact with my skin, something inside me awakens and I have to catch my breath.

He quickly removes his hand from my leg and walks away from me, over to the banister, gazing at the beach as the waves break on the shore.  His back is to me and I take the opportunity to admire his physique without fear of being caught.  His biceps are impressive.  I can see them contract as he grasps the deck railing.  I wonder why he pulled away like that.

“Well, do you really own this place?  It’s truly impressive.  I’ve lived here all my life and I’ve never met anyone who lives in one of these homes.  How can someone so young afford a place like this?  I mean, I can barely make my rent and here you are in this huge beach house.”

There’s a moment of silence, like he’s considering my question and measuring his response.  He’s still not looking at me.

“I’ve bought and sold a few houses over the past several years.  Each one gave me a small profit, which I used to purchase the next one.  My last house was in Houston and I flipped it for a very nice profit.”

“So, are you planning on selling this one soon?  It looks like it’s almost done.”  I’m hoping he says no.

“I haven’t decided yet.  I’m starting to like it here.  It looks promising.”  He turns and stares right at me, “Very promising.” 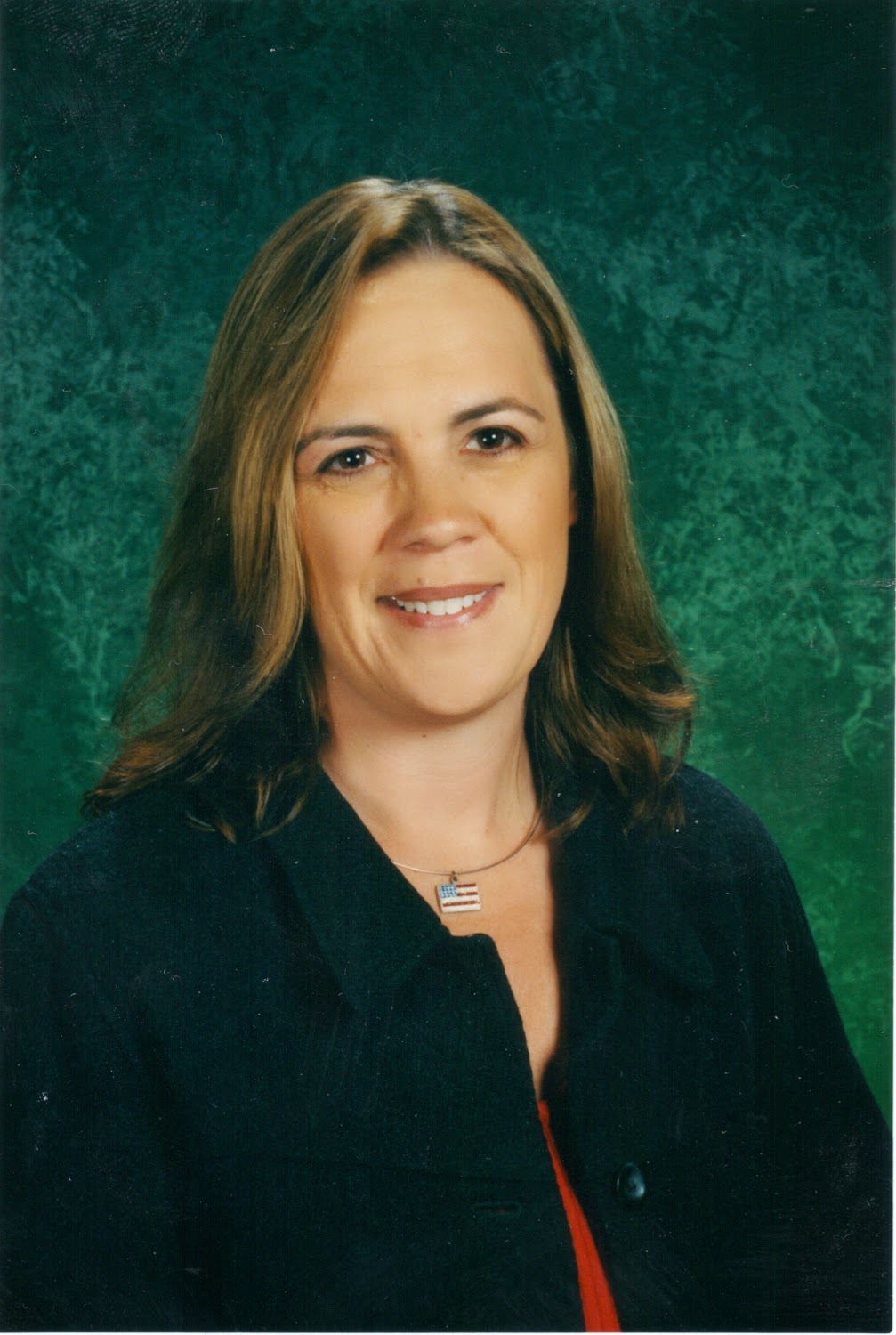 Suzanne Sweeney is a graduate of Georgian Court University where she studied Elementary Education and Sociology. For some time now, she has been sharing her love of literature with the young minds who sit before her in class each and every day. After years of teaching the art of writing, Suzanne has finally taken her own advice and put pen to paper in order to produce her debut novel, Running Back to You. She writes what she lives, residing in the community she loves, Point Pleasant, with her family who provide a constant source of inspiration and support.


a Rafflecopter giveaway
Posted by Bernadette Marie at 12:00 AM