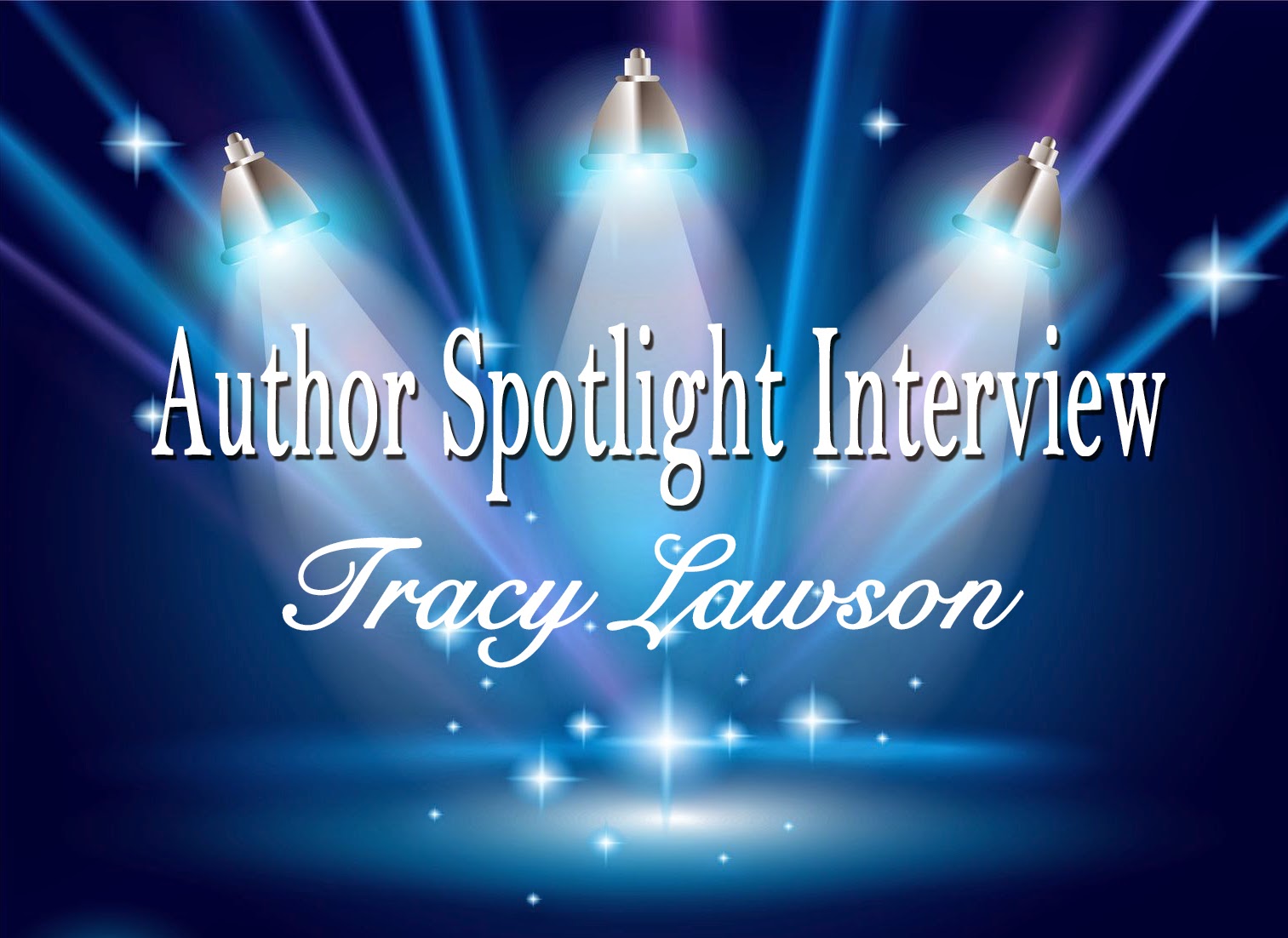 Today I welcome Tracy Lawson!
Enjoy the interview and expert from my guest
and join us at the end for an AMAZING contest! Tracy Lawson knew she wanted to be a writer from the time she could read. While working toward her Bachelor’s degree in Communication at Ohio University, she studied creative writing with Daniel Keyes, author of Flowers for Algernon. After short stints as a media buyer and an investigative analyst, she settled into a 20-year career in the performing arts, teaching tap in Columbus, Ohio, and choreographing musicals. Though her creative energies were focused on dance, she never lost her desire to write, and has two non-fiction books to her credit: Fips, Bots, Doggeries, and More, winner of the 2012 Ohio Professional Writers Association’s Best Non-fiction History Award (McDonald & Woodward), and Given Moments (Fathers Press).
Tracy's love for writing new adult fiction is sparked by all wonderful teens in her life, including her daughter Keri, a college freshman. Counteract is Tracy's first novel.

What is something your fans would find fascinating about you?
I taught tap dancing lessons for twenty years, and I’ve choreographed fifteen school musical productions to date.

How do your friends and family feel about your writing?
I recently went to my high school reunion, and my classmates and I all remembered writing books in elementary school, as part of our school district’s Young Authors program. I knew even then I wanted to write books, so I think my friends and family aren’t too surprised! My family has been very excited for me, and my nieces can’t wait to get their copies of Counteract.

What was the hardest part of writing the book?
I think the hardest part was getting in touch with unfamiliar emotions. I wanted my characters and their reactions to their circumstances to be honest and believable. For example, I’d never had a close brush with death, but at one point in the story, Careen and Tommy are convinced they’re going to die. I wasn’t sure how I’d feel if death seemed imminent—until we went on a vacation and took a trip into the South Caucus Mountains in the Republic of Georgia. The road to the mountain village was narrow, crumbling, and had no guard rails. We jounced along through waterfalls and along cliffs, and by the time we got there, I had a pretty good idea!

How long did it take to publish your first book?
My first book was an historical nonfiction, based on a journal written in 1838. That project involved lots and lots of research, and it took me twenty years from the first time I read the journal until I got a publishing contract. To be fair, I didn’t work on it full time—sometimes I didn’t work on it for a year or two, and I could’ve done the research a lot faster if I’d had the internet when I started the project.
I started working on Counteract in November 2010, so it’s been about three and a half years. I wrote Resist, the second book in the series, in six months, and it’s due out next spring, so I’m getting faster as I go!


My favorite thing about being a writer is sharing stories and connecting with my readers. 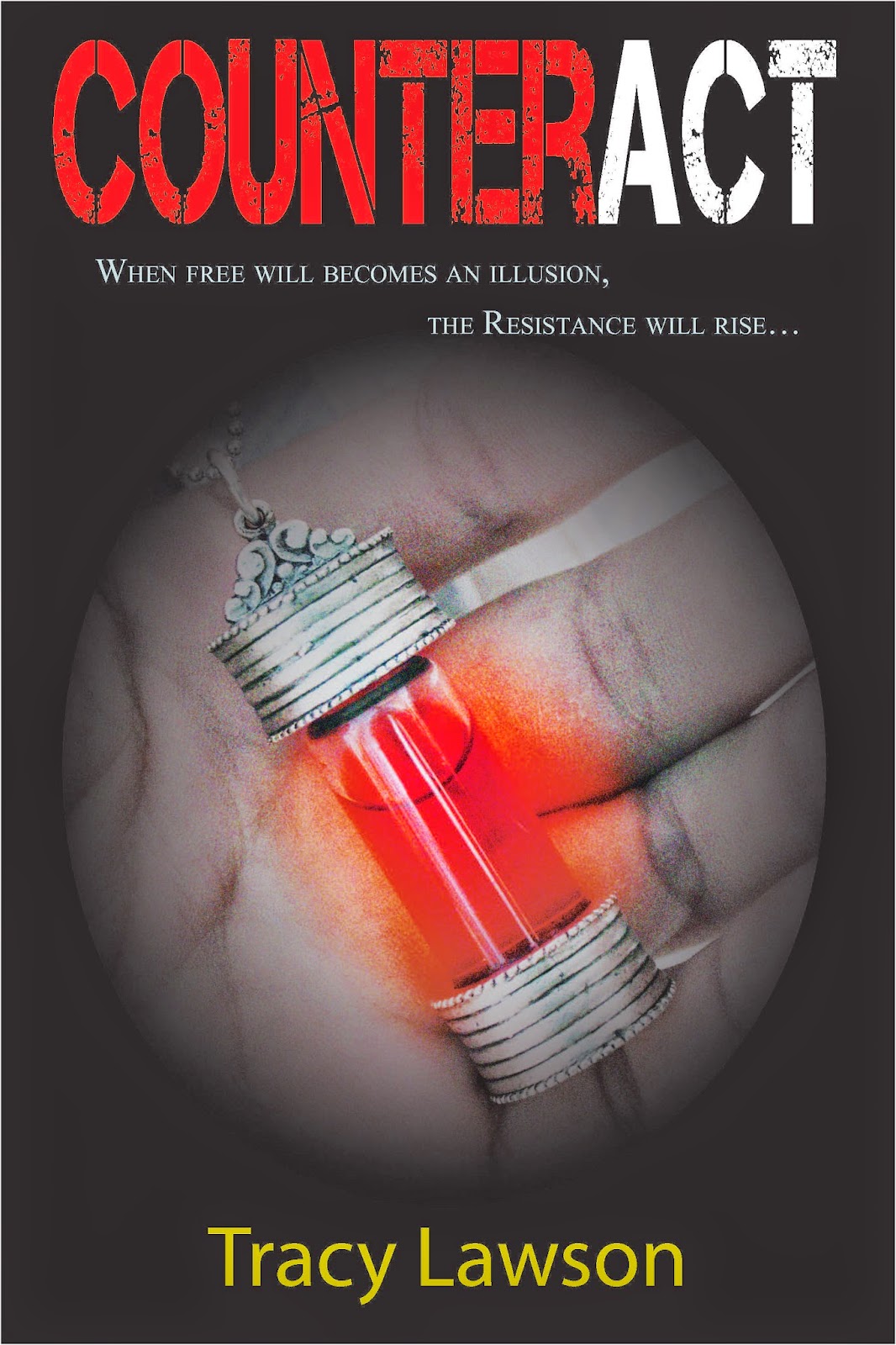 When Free Will Becomes an Illusion, the Resistance Will Rise . . .
The Fight for Personal Freedom Begins With Counteract, Book One of the Resistance Trilogy

Ripped from the headlines...The year is 2034, and the United States as we know it is no more. In the future, the concept of "Big Brother is always watching" has taken on new meaning.
NSA drone flyovers and government surveillance of citizens’ emails and phone conversations are the least of anyone's worries. With the rampant threat of terrorism a constant presence, the government has had to take extreme measures to ensure the public's safety.
The Office of Civilian Safety and Defense (OCSD) has been enacted as an offensive against terrorist attacks. And make no mistake, attack is imminent.
Citizens in 2034 now live in carefully monitored quadrants, with regulations governing food distribution, driving, entertainment, and much more. For college student Careen Catecher, and recovering accident victim, Tommy Bailey, life is far from carefree and easy.
Anyone who loves a good dystopian thriller will find a new favorite in Counteract. Lawson joins the ranks of authors like Aldous Huxley, and his Brave New World and George Orwell's 1984, as she questions whether the government should be allowed to usurp personal freedoms under the guise of doing what's best for the people.
Readers will find themselves eagerly turning the pages as Careen and Tommy uncover the enemy in their own backyard and discover just how far they are willing to go to fight for a freer way of life.

Careen’s heart pounded and she tried to relax as she leaned back against the dark wood paneling of the booth, nervously picking at lint on her sleeve. She couldn’t wait to see him yet dreaded it at the same time. Even though the pub was dimly lit and all but empty, she felt as if she was on display and exposed as she waited.
He opened the heavy wooden door and for a moment was silhouetted in a rectangle of golden light. The door swung shut and he stepped into the semi-darkness but the glow seemed to cling to him as he crossed the room and slid into the booth with her. He barely glanced at her, but put his arm around her as though they knew each other well. Pressed close to his side, she felt safe. Loved. She leaned her head against his shoulder. “Hey.”
“Yeah. Hey.”
They sat without speaking for a full minute. When he slowly turned his gaze to hers, his blue eyes were deep and serious. She lifted her face in anticipation of a kiss, but instead of leaning closer, he whispered, “I don’t know what’s real anymore.”
Careen awoke with a start. Panic pressed in around her. She threw back the covers and ran to the bathroom.
She gripped the sides of the sink, studying herself in the mirror. There were dark circles under her eyes, and the pink highlights had faded from her hair. Her knees were shaking. “I don’t know what’s real anymore.” As soon as the words were out, tears followed, hot, running down her cheeks, and dripping into the sink.

2:45 AM
Fallen leaves scuttled across the sidewalk as Tommy rounded the corner toward his house. He hunched his shoulders against the chilly breeze and dug his hands deeper into his front pockets.
Even from half a block away, the house looked shabby, like it could use a fresh coat of paint. But his dad always took care of stuff like that. Tommy had no idea what home maintenance he ought to be doing. Did it matter? He was the only one who lived there. Sometimes he felt like he was the only one who lived, period.
But as he turned into the yard the front door opened, and the girl he’d seen the other day, the one with the long brown bangs, stepped out onto the porch. She smiled, and, trying to be cool, he resisted the urge to turn and look behind him.
She met him at the edge of the porch, and Tommy stopped one step below the top so they were eye-to-eye. Hers were brown, just a shade lighter than her hair, with tiny flecks of gold in the irises. She smiled as she reached out and laced her fingers through his, and as she pulled him closer, everything came into sharp focus. “I’ve been waiting for you.”
“I’ve been waiting for you, too.” Tommy spoke aloud into the darkness, waking himself up.

6:26 AM
Careen huddled in the bathroom until it was almost daylight, then threw on a pair of jeans and a sweater, grabbed her messenger bag and left. The streetlights were on, but as she hurried down the sidewalk the patches of yellow light faded and went out. The sky glowed orange in front of her as the sun peeked over the horizon.
When she got to his house, she crept up the front steps and peered in the window, as she had done the day before. It was dark inside. Her vial necklace swung free and clinked against the window, and she impatiently tucked it inside the front of her sweater. Not now. I’ll take it later.
She should just walk through the front door and find him, talk to him, but that sounded a lot easier than it was. She felt the same mixture of longing and dread she’d experienced in the dream, and pressed her palms against the screen door. The mesh of the screen pulsed softly, like a heartbeat.
Then the front door opened.
Careen stared up at him. His blue eyes widened and for a second she wanted to laugh because their bewilderment must be mirrored in each other’s faces.
“Do I know you?”
“I’ve been waiting for you,” she said, thinking even as she spoke that it wasn’t really an answer.
He flinched and stared at her like she was crazy. Then he looked her up and down, opened the door, and pulled her into the house.
Startled, she looked behind her, but there wasn’t anyone there. The boy gave off a faint golden glow in the dim hallway, and she scanned his face as though she needed to commit it to memory. His left eye fixed her with an intense, open gaze, but his right eye, just a bit more heavy-lidded, maintained a hint of a wink that was laid-back and sexy. There was a recently-healed scar along his left jawbone, and when her eyes flickered to it, he looked away self-consciously. He was dressed in sweats and his blond hair was messy. He was a little bit of everything.
“I was going out for a run.” He hesitated. “How did you…I mean, why are you here?”
“I’ve seen you a couple of times, and I had a dream about you last night. So I kind of came back to find you because I need answers.”
“Yeah?”
Apparently “answers” isn’t the password. Now what? “Yeah. And you’re glowing, just like in my dream.”
“Seriously?” He dubiously checked his reflection in the hall mirror. “I see some pretty freaky stuff, but I definitely don’t see myself…glowing.”
“What kinds of things do you see?”
“Well for starters, how about those vines that were growing all over you when you were out on the porch? Grass grows inside the house, and sometimes it rains in here, too.”
She tried to hide her confusion. Could this really be the guy who had the answers?
After a long, uncomfortable silence, he asked, “Want some breakfast?”

a Rafflecopter giveaway
Posted by Bernadette Marie at 8:49 PM