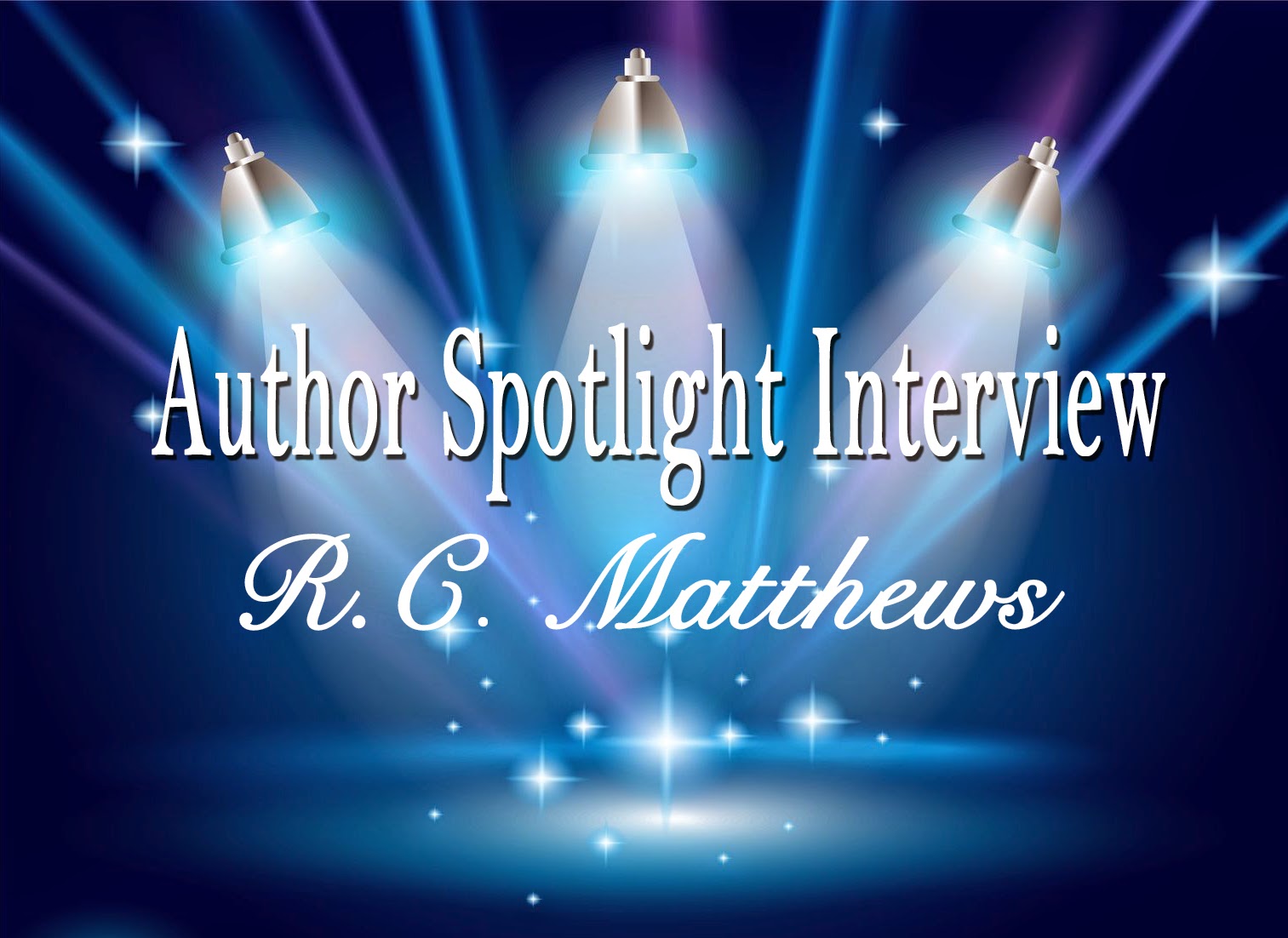 R.C. Matthews was raised in the Metro-Detroit area by deaf parents along with four siblings. She graduated from a liberal arts college with a B.A. in Accounting and German and continues to work as a certified public accountant. She enjoys traveling with her loving husband and children, reading, down-hill skiing, and playing board games. Talisman and LIFE are high on the list of favorites at her home.

I primarily write contemporary romances full of humor and I promise to always deliver a happily ever after. You won’t find a lot of angst in my stories but you will find strong heroines, sexy heroes and a storyline that makes you ‘feel good’ when you’re done. I’m guilty of blurring genre lines so you’ll generally find a little bit of chic lit / women’s fiction elements in my stories as well. As a result, most of my stories have strong secondary characters. For example, in ‘A Night To Remember’, the heroine’s fiancée, Jorge Village (who happens to be gay), is a significant character with his own side story going on.

I’m also currently trying my hand at teen fiction at the request of my twelve year old son.

I’m not sure there is anything about ‘A Night To Remember’ that was hard to write. I had so much fun writing this storyline and it really poured out of me. Okay…maybe it was coming up with original and sexy love scenes. This was my sixth book so at some point it feels to me like I’m writing the same thing over and over…even though I’m really not. I always mix it up but certain words inevitably pop up in a love scene. The essential body parts are the same no matter whether the positions are different!

It depends on the story. My romance novels are definitely written by the seat of my pants. I usually have a high level idea of what I want to accomplish in the story and I write chapter headlines that represent the main gist of what I plan to get across in that chapter. Then I start typing. As you can imagine, the end product is usually far from what I originally envisioned. My characters tend to high-jack the storyline and go in a direction I never could have anticipated when I started typing. I LOVE IT!

But I’m also trying to write a teen fiction series for my twelve year old son. Because the storyline takes place in a fantasy world and it is intended to be a three book series, I find myself writing a fairly detailed outline – at least it is detailed per my standards. There are just too many characters and plot twists to fly by the seat of my pants on that project.

Why do you think people should choose your books over another author?

Gosh, this is a tough question. Whether or not a reader enjoys one book over another is entirely subjective. Even the best rated authors score everywhere from five stars to one star. So I think the trick is for readers to find authors with a writing style and storyline that speak to them. That’s the beauty of the ‘look inside’ feature on Amazon. I encourage readers to click on and read the sample to decide if it’s the type of book they’ll enjoy. What I will say is that I tend to write storylines that are rich in dialog, include a healthy dose of humor and are not full of angst. A Night To Remember is quite steamy compared to my other stories but I promise that all of my sex scenes are written to move the story forward.

I hope my readers always take away a feeling of happiness, a huge smile and the idea that love is always worth fighting for.

I’m a certified public account by day and writer by night. My day job pays the bills so that is my real career. Being a writer is more of a hobby for me, I guess. But it’s something I love to do and it brings me a lot of joy to do it.

Do you write under more than one name? Why?

Yes, I write under two pen names. My contemporary romance pen name is R.C. Matthews and I use it because I’m in a professional day job where I’d rather not have people I work with know that I’m a writer. I might die of embarrassment if my boss read one of my sexy love scenes. Fun fact: My pen name is comprised of my husband’s first name and two middle names – but I added ‘s’ onto Matthew.

I’m also using a separate pen name for my teen fiction series because it is geared towards kids twelve and older. I definitely don’t want to confuse my readers! Fun fact: My teen fiction pen name is David N. Sebastian which are the first names of my two boys. When you say it really fast the ‘N’ sounds like ‘and’ – or at least I think it does!

Ummm…okay, you got me here. My hero is named after the first boy I ever kissed. I chose him because we kissed on a dance floor and dancing plays a huge role in the first five chapters of ‘A Night To Remember’. Brett used to be Anna’s dance partner in their college ballroom dancing course.

Most people find it interesting that both of my parents are deaf. I’m pretty sure that speaking sign language at home influenced my writing style which is heavy on dialog and light on prose. Sign language is a very direct language that skips past the flowery words to get to the true meaning.

I’m a die-hard Jane Austen fan. I’ve read all of her books many, many, many times over. I’m not sure her books influence my life as much as they influenced my writing. Her writing style is witty and always brings a smile to my face no matter how often I read her books. I hope my storylines give that same happy feeling to my readers.

I’m from the Metro-Detroit area and you’ll find that every single contemporary romance novel I’ve written to date has its roots in Metro-Detroit. In fact, ‘A Night To Remember’ takes place entirely within the downtown city limits and Jorge Village is running for mayor. This story is a tribute of sorts to all of the people who are trying really hard to return Detroit to its former glory.

To relax I’m either reading, watching The Walking Dead (my husband and I are die-hard fans), playing board games with my family or watching movies. 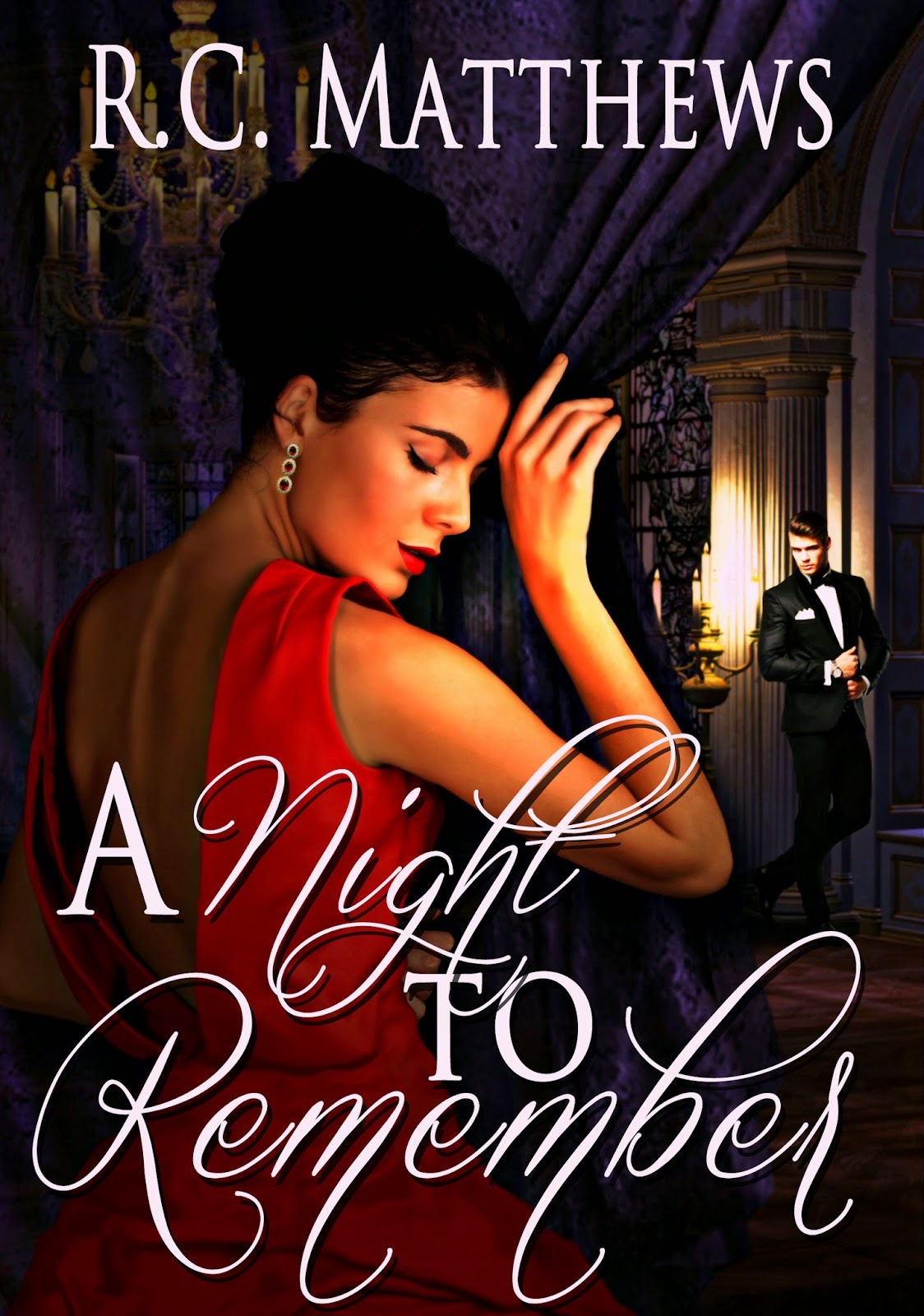 When Brett Montgomery is forced to attend a New Year's Eve charity event for his law firm, he is deliciously surprised to learn that the Irresistible Women in History Auction has been organized and hosted by the

Anna Cosgrove has spent her life helping others. She is a giver, a self-sacrificing champion of great and humanitarian causes. She's pledged to help her best friend in his mayoral pursuits by posing as his fiancée and marrying him. In return, he'll give her the greatest gift she could ever hope for before her time runs out. But when her old college crush attends her charity event to fight for her hand, and wins, she decides to give in to her own desires. For one night, she will be his. When the morning comes and she must say goodbye, she realizes that her one night of selfishness has cost more than she bargained for. Her heart.

The pieces are set. The stakes are high. There is more to lose than gain. Should they risk moving forward? Or leave their hearts and wishes behind in the place where they shared something magical, where they embraced A Night To Remember...
woman he desired more than any other during his college years. Beautiful, sexy, and seemingly immune to his charms, Anna was the only woman to refuse him, and the only one he wanted to claim. Finding her again, posing as the alluring Anna Karenina, he wins her for the night. But that's not enough. They share many of the same passions in life and love, and Brett is determined that he'll have no other woman by his side.

Brett chuckled and reached out to twirl his finger in the dark brown lock of hair dangling over Anna’s shoulder where it rested on the swell of her bosom.
“I’m rather enjoying the look you’re giving me. You’re so beautiful…but still trying to evade me.” He hesitated before grabbing her left hand and placing a soft kiss on her bare fingers. “Dare I hope this is a sign you’re single?”
The man hadn’t lost his touch one bit. She licked her lips and marveled at the myriad sensations coursing through her. Lord help her. If they were alone, she might already be ripping open his shirt. Was she single? At this moment she was single, and she would be until about two weeks from now when she announced her engagement to her best friend, Jorge Village. But it was a marriage of convenience—and he was gay. So that didn’t count until it was official, right?
“Why would it matter?” she asked with pursed lips. “I was never your type.”
His beautifully sculpted brow shot up in question. “You’ve always been my type—but stubbornly resisted my charms—despite all of my best moves.” He shook his head softly. “It was cruel and unusual punishment.”
She bit her lip, recollecting every one of his moves. Such sweet torture he had put her through. Probably along with a host of other females.
“You tried your best moves on all the ladies,” she said, poking her finger into his chest while a smile spread across her face. “I would’ve been another drop in the bucket.”
He captured her chin between his fingers and thumb. “That’s not fair. As I recall it was the other way around. The ladies were making the moves on me.” He shrugged his shoulders. “Can’t hold that against me. Being the star quarterback came with some drawbacks.”
A grin tugged at her lips. “Oh, really? Most guys are dying to have women crawling at their feet.”
“Guess I’m not most guys.” He caged her between his arms, bracing his hands against the wall. “All I ever wanted was you.”