I'd like to welcome my dear friend Anne O'Connell today! 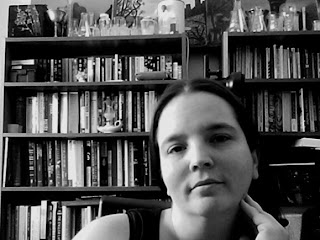 What was the hardest part of writing your book?
Each book presents its own unique challenges. Lately I’ve found myself struggling with endings.

Are you a plotter or a pantser?
I always start with good intentions and plot everything out. However, once I get writing, the characters tend to dictate what happens and next thing I know the outline is gone and I’m flying by the seat of my pants.

Why do you think people should choose your books over another author?
I’m often told my books are unique and fresh (perspective-wise).  I often write about topics that are taboo or shocking.

What do you hope readers take with them after reading one of your stories?
With anything I write it’s always my hope that my readers take away a different perspective.

How long have you been a writer?
Since grade school, so over thirty years now.

How much time did it take from writing your first book to having it published?
I wrote a lot of books that were never  published. However, for my first published novel it took 14 years (and three separate incarnations) before I felt it was right and finally sold it.

What other careers have you had?
I’ve worked as an accountant, a secretary, a personal assistant, a horseback riding instructor, a stable hand,  a tarot reader, and a meditation teacher.

Are any of your characters based on real people or events?
Due to the nature of my books I don’t know that I should answer this. Let’s just say that all of my characters are composites or loosely based on people I’ve met (however briefly).  As for events, sometimes I pull event ideas out of the headlines or from my own life, but they are still quite fictitious.

How would you describe yourself if you were “speed dating” your readers?
Blunt, twisted, quirky, sexy, and unique.

What’s something fans would find fascinating about you?
Depends on the fans I suppose. I’m a pretty well-rounded person and have tons of interests including some obscure ones like growing rare plants and practicing laboratory alchemy.  What tends to surprise a lot of folks is when they learn I was a championship winning equestrian in my youth.  I’ve always been told that’s “unexpected” and I “don’t look the type”.

What else would you like readers to know about you or your work?
I write what I like to read. I write what I love to write. If anything, when you pick up one of my books you’re getting something genuine that wasn't changed to fit some editorial formula or written as something commercial. I wrote it because I truly loved the story and characters I was writing.

What books or authors have most influenced your life?
I read everything, but I’d have to say that Jean Slaughter Doty, Walter Farley, Piers Anthony, David Eddings, Dean Koontz, Stephen King, and Dana Reed were all influential authors.

How do your family and/or friends feel about your book or writing venture in general?
They’ve always been supportive, and they’ve been even more supportive now that I can actually support myself doing it!

Where are you from?
I am Colorado born and raised and I don’t ski. I don’t even like snow.

How do you come up with the titles?
All of my titles either capture the essence of the book or are a play on words.
Has your life changed significantly since becoming a published writer?
No. I was kind of disappointed, too because I expected to suddenly gain minions. I still work a part-time day job (for the reliable income source) and I still have to clean dirty cat-boxes, water the plants, cook dinner, clean the house and go grocery shopping.

Do you work on one project at a time? Or do you multi-task?
I multi-task. I have anywhere from 2-6 projects in the works at any given time in different states of “done-ness”.

When not writing, how do you relax?
Reading, watching movies, walking or cycling, gardening, esoteric studies and practices, and spending time with my husband and/or our friends. I have a chaotic life. It’s very rare I’m “not writing” because if I’m not physically doing it, I’m thinking about it.

Please tell us 5 miscellaneous facts about yourself.
I love dill pickles and strawberries – together.
I always write with a cat perched on the arm of my chair.
I am a Harry Potter fan (books AND movies)
I cannot function without coffee.
I’ve recently decided I love the color pink.

www.anneoconnell.com  - When you visit my site make sure you have about 5-10 minutes to look around and get acquainted with it. There’s a lot there including my blog, all the information about my novels, novella’s, etc…. 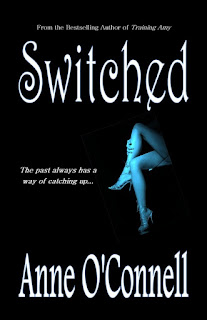 SWITCHED: Brad has always known Kali as a vivacious Domme with an attitude. Then one night, in the heat of passion, Kali turns completely submissive for Brad. Looking to find out the reason behind the sudden and unexpected switch, he and his friends begin digging into Kali's past only to discover some secrets should be left buried. Will Kali's past come back haunt Brad and to destroy Kali and their new relationship?

Brad eyed the back of Eric’s head warily. There was no easy way to bring it up. “So you realize you let Amy top you from the bottom?”
Eric whirled around, giving him a puzzled look. “What? No, man. It’s not like that.”
“It seems to me she’s calling the shots, at least at the moment. I think even in the vanilla world that’s called whipped.” He grinned.
Eric got defensive like Brad expected. “Well, it’s our relationship, so I suppose we can do whatever we want. Besides, you’re the one always telling me how each bdsm relationship is its own unique animal. Right now we’re in an exploratory phase.”
Brad shrugged. “I guess you’re right. It’s just that at first you took some pretty irregular liberties in caging her and treating her like she’s been a sub forever with no training, and then you turn around and let her call the shots. I guess I’m not understanding what’s up with you two.”
“Well, I look at it as I’m helping her explore her submissive sexuality. It pleases me to do that. Besides, it’s not like I don’t incorporate my wants into that equation,” Eric told him. Then added as an afterthought, “Amy is eager to please me and she usually does what I tell her to even when she’s unsure about it. And when she doesn’t she’s punished. I’ve only gotten the safe word once in the last two weeks. Besides – you’re the one who took a single tailed whip to her. How irregular was that?”
“That wasn’t just me. That was a collaborative decision between the three of us. You know as well as I do that she sometimes needs pain to bring out an emotional release, otherwise she shuts down. You can’t deny that. I guess I’m perplexed at how initially you didn’t even work her up to caning or anal plugs. You just kind of jumped into that, too. And yet now she gets to pick and choose?” Brad kind of laughed, knowing he had Eric in a position where he couldn’t refute it.
Eric relented. “Okay, so I didn’t go slow and I took a lot of liberties with her in the beginning. But she’s just so damn… willing to let me do what I want with her. I don’t want a sub who always struggles against my demands. I want one who does what I want when I want it. And yes, she does get what she wants but only when I agree with her. She’s so damn creative with her kink I can’t help but be curious about it myself. That girl has one hell of a unique imagination. Besides, we’re not 24/7 and I’m not sure if our relationship is heading in that direction. I’m cool with that. How does that translate to her topping from the bottom again?”
The door opened and Amy entered, trailed by Kali. Both women were smiling.
That couldn’t be good. Brad lifted an eyebrow. “What are you two up to?”
“Girl stuff,” Kali said with a wink. They both disappeared behind the counter and into the back room.
“Speaking of topping from the bottom, about Kali…,” Eric started.

It’s All About The Characters
Characters are a passion of mine. I love people watching and finding out what makes a person tick. I think most writers are empathic in this way. A friend of mine recently asked me how writers come up with compelling heroes and heroines. Something Marion Zimmer Bradley once said to me in a rejection letter years ago floated to the surface of my mind. She said, “Stories are always about characters.” So where do our favorite writers get their characters? Well, from those around us, of course. Most often my own characters come from people I’ve known or met briefly. I often exaggerate their traits. So it’s not like I can say one character in a novel equals one person I know it real life. It’s not like that, not exactly.

No, in fact most of my characters are a mix of several people. Even my heroes and heroines. There’s also that mixture of fantasy in there; things I make up about the characters that resemble no one I know in real life. Heroes get a dash of alter-ego with characteristics I find admirable, but don’t often possess. That doesn’t always mean looks or wit or the ability to kick the bad guys’ keister while maintaining that ‘cool wind’ sex appeal, but can be about emotional strength as well. At the same time, even a hero has to cry or show weakness, otherwise (s)he is less human to the reader.

Characters are a multi-faceted thing. My mom once told me that I kind of freaked her out when I talk about my characters because she can never tell if I’m talking about a character or a friend. She even went as far as to wonder aloud, at one point, if I had multiple personalities. I imagine many jokes like that have been made at the expense of writers and their vivid and often overactive imaginations. I’m of the firm belief that characters have to become real to the writer (insofar as the writer can pretend very strongly) in order for the writer to write them and make them believable for the reader. For me this sometimes means writing pages and pages of character background, interviews, and really finding out what makes him/her tick. Of course a lot of time the characters come easily and all that pre-writing isn’t necessary. It really depends on the character and how cooperative (s)he is.

So despite the genre the thing that remains consistent through all fiction is the compelling character who draws the reader into the story. Someone the reader can relate to and cheer for (or not). It’s the characters who make or break stories and dictate whether or not the reader wants to keep reading. That isn’t to say story and plot aren’t important, but I’ve read books where the characters were so wonderful, clearly the plot holes were less noticeable to the editor, and I was certainly more forgiving toward the writer.

All of this leads to the final question. Who are your favorite characters and why?

Posted by Bernadette Marie at 1:06 PM