Today I am pleased to introduce you all to author Jennifer Slater. 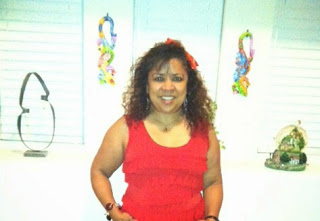 Jennifer Slater was born in Guyana, a small, English speaking country in South America. She migrated to the United States with her parents and eight siblings when she was 14 years old.  Jennifer has lived in Florida, New York and Arizona, but currently resides in Austin, Texas with her husband of 20 years, two teenage children and two dogs. As a child, she always had her nose in a book and her desire to write a novel someday grew with each book that she read. The most positive indication that she did actually have some writing talent came when she received the highly coveted and hard to come by, "A", in her creative writing class from Oscar Hijuelos, the Pulitzer Prize winning author of "The Mambo Kings Play Songs of Love", who was her professor at Hofstra University at the time.

What is your favorite thing about being a writer? The ability to invent characters who can evoke a multitude of emotions in my readers. When a reader told me that she wanted to drop kick the villainess in my first book, when another told me that she was rooting for the heroine throughout my second one, and when others told me that they were pleased with the happy endings in both of my books - then I know that I've accomplished what I set out to do.

What genre(s) do you write? Contemporary Romantic Fiction
Are you a plotter or a pantser? Definitely a pantser. I start writing with only a vague idea of what I want the story to be about. I don’t do outlines or any kind of plotting ahead of time. Once I get past the first 2 chapters, I usually have a better sense of where I want to go with it and that’s usually when the ideas really start to flow. Once I’m in my groove, I eat, sleep and drink my writing.

Is there a message in your novel that you want readers to grasp? Definitely. In "A Time for Us", the message is to never give up on love and that second chances are possible. In "Dark Clouds, Silver Linings", I wanted to convey to women, especially young women, the need to believe in themselves, and that no matter how bad things may seem, it is always darkest before the dawn.
What books or authors have most influenced your life? Jane Austen - "Pride and Prejudice". I admire the intellect and strength of her heroine, Elizabeth Bennett, and I have modeled my female lead characters after her. I'm also a huge fan of Maeve Binchy - I love all of her books. She wrote about every day people and every day life in the small towns of Ireland, but she wrote with such wit and warmth that I was instantly drawn to her characters. It is because of her that I've chosen to make my books more about the intricacies of relationships, rather than just about romance.
Please tell us 5 miscellaneous facts about yourself.
I have 4 brothers and 3 sisters.

I was painfully shy as a child.
When I was a young girl, I had the biggest crush on John Travolta.
I wanted to be a teacher.
My favorite breakfast meal is a scone with a cup of coffee.

Please share with us your future projects and upcoming releases. I have several projects that I'm working on. My main focus now is to complete the  Christmas themed novella that I started a few weeks ago. After that, I hope to try my hand at writing a western, with a romantic twist. I absolutely loved "The Virginian" by Owen Wister and would love to invent a character as compelling as his hero was.
Please share any links you would like listed in the Interview. Website, Myspace, blog, facebook, yahoo group etc.
http://jenniferslaterauthor-com.webs.com
https://www.facebook.com/jenslater67
https://twitter.com/JenniferSlater3
Readers can find my books here:
Dark Clouds, Silver Linings:
http://www.amazon.com/books/dp/1483999343
http://www.barnesandnoble.com/w/dark-clouds-silver-linings-jennifer-slater/1115275836?ean=2940044511958
https://www.smashwords.com/books/view/303652
A Time for Us:
http://www.amazon.com/A-Time-for-Us-ebook/dp/B0098OCCKK 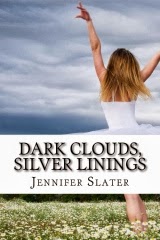 Sixteen year old Samantha Leighton’s forearm has become the diary of her woes. The once bubbly, energetic teenager has resorted to self-mutilation to cope with the pain stemming from a multitude of hardships that have befallen her. First, she loses her father in a car accident and then her mother becomes addicted to prescription pills and lives in a perpetual state of altered reality. The young girl’s life becomes even more complicated when she and her mother are forced to move in with an abusive uncle who is bent on making her life miserable.
When Sam ends up in the hospital after a cutting incident that leaves her emotionally and physically weak, she meets twenty-six year old Angela D’Abrue whose idyllic life is turned upside down when her boyfriend abandons her to seek fame on the road with his band. The two women form an unlikely friendship that neither one of them expects to last beyond their short stay in the hospital.
The friends are reunited a couple of months later when Samantha turns to Angela for help after fleeing her uncle’s home. An astute observation by her young friend forces Angie to rethink her friendship with her best friend, Michael, and she embarks on a journey of self-discovery that leads her to find love in the arms of the one man whose friendship and affection she had taken for granted for so long.
While Samantha works on regaining her confidence and her enjoyment of life, Angie faces her biggest challenge when her ex-boyfriend returns. As both friends reach important crossroads in their lives, they learn that kindness can come from the most unexpected places and that no matter how dismal their lives may get, the promise of sunshine is just behind every dark cloud. 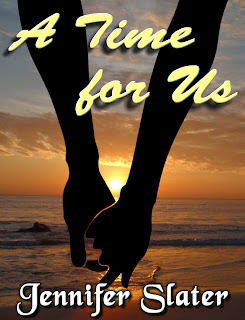 A Time for Us

When Alex Hamilton first saw Fallon Russo, he knew that she was the girl for him. A one night stand with the conniving Lisa, however, changes his life forever. He loses the woman he loves and is trapped in a loveless, miserable marriage … until fate brings Fallon back into his life. Eighteen years have passed, but the attraction between Alex and Fallon is still strong. Can the two former sweethearts get a second chance at happiness or will Lisa's schemes and manipulations keep them apart forever?

Alex sipped his beer slowly as he looked around the crowded night club. The music pumped loudly from the overhead speakers and the strobe lights spun colorfully, bathing everyone on the dance floor in a rainbow of festive colors. His friends were engaged in a beer chugging competition and were nosily egging each other on. His gazed rested on a lovely brunette sitting in the corner of the bar surrounded by a bevy of beauties. She tucked her long, wavy hair behind her ear as she laughed at something one of her friends was saying to her. Alex had noticed her from the moment she walked in with her friends and hadn’t been able to take his eyes off of her since. He had been trying, for the past twenty minutes, to summon up enough courage to approach her.
“Go over there and introduce yourself already.” His friend Steve broke away from the other guys and slapped Alex playfully on the back. “You’re wasting precious time standing here doing nothing, my young grasshopper.”
“I don’t know man, she’s with her posse and you know how humiliating it is to be shot down in front of a bunch of other girls.”
“Don’t be such a wuss; I saw her sneaking a peek at you every now and again. I think it is safe to say that the attraction is mutual. Her friends are pretty hot too. I kinda like that blonde one myself.”
“So why don’t you go over there, then?” Alex asked.
“Hell no! The last time I tried to pick up a girl at a club, she threw her glass of wine in my face.”
“I think the fact that you asked her if she wanted to do the horizontal mambo may have had something to do with it.”
“Dude, I was buzzed that night.” Steve threw his hands up in mock protest. “It was the alcohol talking, not me.”
“Well remind me never to take any pointers from you or to use any of your cheesy pick up lines,” Alex laughed. He paused for a moment and then took a deep breath, “Okay, it’s now or never.”

Posted by Bernadette Marie at 6:46 AM