Welcome to Warrior Princess blog where we are interviewing Noah Murphy, author of Barbarian Girl.

Is there a message in Barbarian Girl that you want readers to grasp?
For Barbarian Girl, simply that a person’s value shouldn’t lie in her appearance, but in who they is as a person. 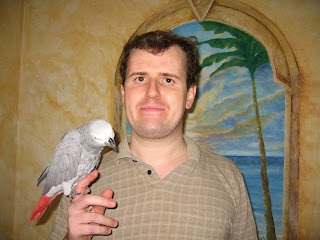 What was the hardest part of writing Barbarian Girl?
Making the story relatable to teenagers. Barbarian Girl isn’t typical for most YA. It’s from the third person, with multiple viewpoint characters and a healthy dose of world-building exposition. I think I’ve succeeded by making the main character act like an actual teenager, thereby making her more relatable.

What genre(s) do you write?
I don’t intentionally write in any genres, I write what I want and then peg it in later. However, if I have to narrow it down, most of my current work can be classified as sci-fi and fantasy, but they don’t fit in one particular subgenre. K23 Detectives are fantasy thrillers and Barbarian Girl is YA superhero novel, which places it under sci-fi.

Are you a plotter or a pantser?
I’m a pantser trying to become a plotter. I used to let plots write themselves, but then I usually end up dead in a corner. I’m now making sure I have a clear idea where the story is going before I sit down and write, otherwise I never finish.

What other careers have you had?
In addition to writing and my other current job running a pet sitting business, I tried to be an accountant, but wasn’t very good at it. Still, if I ever get the courage, I’d love to try and write an accounting thriller. The problem is accounting doesn’t have a natural platform for drama, like courtrooms for legal thrillers. A desk and a calculator just doesn’t scream exciting. But if there is anyone who can do it, it’s me.

Where are you from?
I was born, raised and currently living in the DC area. Works that take place in worlds based on our own, like Barbarian Girl, will always take place in the DC area, as one should always write what they know. DC, being DC, is also a natural setting for exciting plots.

What else would you like readers to know about you or your work?
I dislike the tried and true and try to push myself to explore new territory and write new things. Even if I reuse the same setting and characters, such as in my K23 Detectives Series, I try to tell a different story every time. The day I start writing the same exact book over and over again is the day I stop writing. 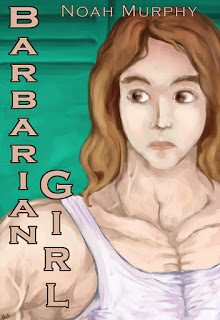 Future Projects and Upcoming releases:
The next book I’ll finish and release is the fourth K23 Detectives novella, entitled The Divine Wave Coefficient. It should be out by the end of the year. I currently plan for there to be nine novellas in the series.
As for other projects, Barbarian Girl’s sequel is an obvious one. I’m also planning to write a parrot-centric political thriller about an African Grey who wants to testify in front of Congress to “let my people go.”


Barbarian Girl, by Noah Murphy
Liza Eaton was a slightly-chubby fifteen year old girl relentlessly picked on by bullies. Then she finds the Axe of Borin, a mystical artifact which imbues her with amazing strength and endurance. It also turns her into a hulking beast of rippling muscle, the opposite of everything she wants to be. But she can’t mope for long as the government forces her to train to become a hero, an expendable assassin who is sold to the general public as a virtuous role model.

Now at a new school for powered teenagers like herself, and training under the guidance of cynical ex-heroine Sarah Sapphire, Liza must find  her inner strength quickly. Her former bullies have been transformed into cannibalistic monsters called wendigos, and they’re coming for her….

Barbarian Girl is a young adult superhero novel of about 23,000 words. It is Noah Murphy’s fourth self-published work.