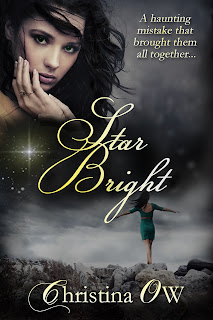 What is your favorite thing about being a writer?
I can put all the stories and personas in my head on paper so that other people can enjoy them as much as I do.  People can finally see what goes on in my head and be apart of my world.
And to quote Carmen DeSousa, I love to rewrite the ending of a bad or sad story and give it a happy or bearable ending.

What genre(s) do you write?
Romance, YA Fantasy, Suspense Romance, Thriller, Paranormal

What was the hardest part of writing your book?
Writing the next chapter!
In every love story, everyone imagines the hero as some super human hero who’s also prince charming and capable of doing everything and anything for the woman he loves. My challenge was keeping Dave realistically human.
Instead of readers saying, ‘that would never happen in the real world,’ I want them to say ‘yeah I can do that’ or ‘yeah my guy can definitely do that for me.’

Are you a plotter or a pantser?
A plotter. I like planning out my books especially the series. It gives me a sense of direction and how and when the characters are to grow. Except for two books: Love Forever After and Star Bright.

In Star Bright I was a pantser. I knew who Maria was and who Dave was at the beginning of the book but when the other characters come in, they just shaped them and they became these other people, very different from whom I thought they would be. Maria grew into this fierce confident woman, mother and wife and this was all because of Dave and to some extent Ricky, the villain.

Why do you think people should choose your books over another author?
I can’t say my books are better than other authors but I can say that they are competition. With some of my books I try to keep them realistic and with others I like to let my mind run wild. I have variety as a writer, my books have some lessons and inspirations in them and they are for everyone.

What do you hope readers take with them after reading one of your stories?
It’s not wrong to dream, true love does exist and to always think of yourself and be selfish sometimes. Or you could risk getting lost or stuck.

Is there a message in your novel that you want readers to grasp?
In Star Bright. The message is don’t make excuses when you are in an abusive relationship because there is a man out there just waiting to show you what true love is.

‘I am the master of my destiny, the leader of my actions, the dictator of my world for the power lives in me and no one else.’

How long have you been a writer?
I love writing poems and I’ve done so for many years. I started writing novels in 2010, so two years.

How much time did it take from writing your first book to having it published?
Star Bright, it took me six months to finish writing it, about three months of queries and finally four months of editing.

What other careers have you had?
I was an intern at a law firm for three months and then I did two months as an apprentice at a fashion house. I also feature in other artists songs

Do you write under more than one name? Why?
No. I use only one pen name Christina OW.
My real name is Rinah Lidonde

Are any of your characters based on real people or events?
Star Bright yes. Spousal abuse is everywhere so this was my way of writing a happy ending to all of them.

How would you describe yourself if you were “speed dating” your readers?
I’m an onion.

What’s something fans would find fascinating about you?
I’m a twin. We have the same interests, writing being one of them but we are two completely different people, its even visible in how we write.

How do your family and/or friends feel about your book or writing venture in general?
The rest of my family is like congratulations. My sisters are very encouraging and excited for me but my mom takes the cake! My mom is so supportive. She’s more excited than I am! Once the book cover was out, she sent it to everyone who’s ever sent her an email.
That’s why I use her name as my author’s name. She’s done everything she humanly could to help me become the person I am and do everything I set my mind to. She deserves all the credit.

Where are you from?
Kenya but right now I live in South Africa. I’m still in University for a BA in International Studies

How do you come up with the titles?
I try to sum up what the story is about in five words or less

Has your life changed significantly since becoming a published writer?
Not really. The only thing that has changed is my demeanor in all my ventures. I’m more confident with what are do, school, writing, designing. There is an extra 50% in everything I do.

Do you work on one project at a time? Or do you multi-task?
Multi-task. When I get stuck in one story it helps to go to the next story.
When not writing, how do you relax?
I design garments, I draw and I sing

Please share with us your future projects and upcoming releases.
Love Forever After- it’s a love story that is very out of the norm. It’s about a guy who is so in love with his wife and can’t take the fact that she is dead. He goes on this destructive path and his wife is forced to come back and force him into this unorthodox solution for his depression.
Guardian Assassin- It’s a about a guy who pushes three women to ‘get rid of’ their abusive husbands.
The Fate books; Fate Reborn, Twists of Fate, Fate Unchanged, Reins of Fate and Fate’s New Dawn

I have a Diploma in Law and I'm currently in my last year for my BA in
International Studies.

i love reading novels that take me on a ride of wild emotions. books
have always been an escape for me, for a few hours i love to live the
lives of characters i grow to cherish and admire.
i've always had an active imagination and because of it i've lived in
my head more than i have been in the outside world. i've always
imagined scenerials and wondered how it would turn out in the end, and
what kind of emotions it would envoke.
i began writing down the many stories in my head in 2010.

writing was never a career path for me it was just a release as
fashion design is my true passion, and now writing has become a vital
part of me and my family as my twin sister is also a writer.
Description of Star Bright
“Someone won’t be winning parent of the year anytime soon either.” The edge of his lips rose in half a smile. He looked at her and then at his sleeping daughter, he loved seeing them like that, they looked perfect.
Maria stared at him, a smile automatically dominating her face. “Your parenting skills are contagious.”

Maria’s fear and hate for men is solidified by Ricky’s abuse and his obsession to kill her. In an effort to save her son, she runs away and crosses paths with Dave, a man going through his own tribulations with his wife. He is determined to protect her, and to show her that not all men are evil and that true love does exists. And he in turn, finds a woman worthy to be a mother to his daughter, and his wife.
But their dream of having a loving family is short lived when a ghost from Maria’s past comes back to take it all away from her in the most brutal and torturous way.
But Maria isn’t alone anymore and most importantly, her father finally shows up to do what he was supposed to five years ago. Protect his daughter.

Maria weaved through the booths and walked to table five balancing four plates on her arms and hands. Sometimes she wondered why she took this job in the first place. But she didn’t have much of a choice, that and the fact there wasn’t much in the small town of Jacksonville Mississippi to do, and there weren’t many options of a job position for a twenty- two year old girl who didn’t have a college education, with a four year old son and a dead beat boyfriend. It was a good thing her mother worked as a seamstress or they would be struggling more than they already were.
“Two burgers with fries, a veggie salad and an omelette with toast,” Maria repeated their order with a smile as she set the plates down on the table. She placed the veggie salad in front of the girl silently congratulating her on her efforts to lose weight. She was so round and hefty, at first Maria didn’t think she would fit in the booth, but somehow she managed. She placed the omelette and the burgers in front of the three guys sharing her table. “Would you like anything else?” she asked with a pasted smile that her manager had insisted she needed to have on at all times.

“You got our orders wrong!” the girl answered, looking at Maria with lethal eyes. Her freckled forehead was creased and her chubby cheeks looked even bigger with her lips curved down.

Maria looked at her with equally hostile eyes. She had a long day with many obnoxious, perverted customers, there was very little polite left in her. “Oh, I’m sorry which one?” she said feigning concern. She was sure she had gotten the orders right and the girl just wanted to annoy her, for some incomprehensive stupid reason, customers thought it fun to make waitresses run around like hamsters on a wheel under the notion of customer service. She was about to pull out her note book from the front pocket of her apron when the girl switched plates with one of the burger guys and pulled the omelette closer to her. Maria looked at her shocked, “Those are both yours?” The shock echoed in her voice.

Maria looked at the man who didn’t have food, he was tiny and was wearing a shirt three sizes too big. He sucked on his straw nosily, looking at her from under his long brown hair and then she turned to the one who got the salad. His clothes fitted tightly on his small frame. He looked like a pubescent girl tossing the salad around on his plate. He needed that burger more than the chubby girl did. The two were thin enough for her to eat with one bite each “Enjoy your meal.”
Posted by Bernadette Marie at 9:44 AM