The past few weeks I have been very blessed with the outpouring of love for my Keller Family which I feature in the Keller Family Series.  Currently THE EXECUTIVE'S DECISION and A SECOND CHANCE are published.  Expect OPPOSITE ATTRACTION, book 3, at the end of summer 2012 and CENTER STAGE (book 4) in early 2013. Book 5 is not yet titled.

So who are the Kellers?  Well, let's meet them.

Alan and Emily Keller are the heads of the dynamic and eclectic bunch.  Regan makes mention in T.E.D. that one of the unique features of her mother is when her German heritage and her Tennessee home intermix with her accent.

Alan and Emily have only one birth child, Curtis.  The rest of their family was built through adoption, building a close knit and unique family.

Arianna is the eldest of the Keller children.  She was two when the Kellers took her in as her foster parents.  Arianna is an actress living in New York and perusing her dreams. When we meet her she has landed her first On Broadway production. Her story, CENTER STAGE, is her coming home story to open her own theater with the help of John Forrester, Zach Benson's right hand man.

Regan Keller was an infant when the Kellers took in her and her sister.  She doesn't remember any other home.  Regan's wanderlust took her away from home after college where she worked in L.A. at a law firm and met the man that would change her life forever.  Though that man was not Mr. Right and nearly killed her, without him she wouldn't have fallen into the lap of her true love Zach Benson in THE EXECUTIVE'S DECISION.  Regan has the most haunted past of all the Keller children, and she will have to face past decisions as they come to light again in a future book.

Carlos Keller was seven when his biological parents were killed after having moved to Tennessee from Puerto Rico.  The Kellers took him in and like Arianna and Regan, he never left.  Carlos married the love of his life when they were young.  Though in love, they couldn't make their love hold their marriage together and after three children, he and Madeline divorced.  Their story is found in the pages of A SECOND CHANCE--because perhaps there is one.

Curtis Keller is the only biological child of Emily and Alan Keller, but not favored.  He is a resident doctor and spends most of his time at the hospital.  There is little time for him to create a lasting relationship in his life, but Zach Benson's best friend Simone Pierpont is about to turn his world upside down in OPPOSITE ATTRACTION.

You'd think the series could end, right?  Four kids, four books.  But book five will take us on an adventure of the next generation as we get to know Eduardo Keller as a grown man working with his uncle at Benson, Benson, and Hart.  I have to say, after writing Carlos and Madeline's story, this is the one I can't wait to get my hands on, but that's all I'm going to say for now.

So why Nashville, Tennessee?  The entire series was based on one even that I thought about.  What if you were caught in a rain storm, forced on a bus, and fell into the lap of your future boss and the man of your dreams.  One quick jerk of the brakes on a bus could toss you into a whole new world.

So, funny enough, the only time I was caught in a flash rain storm was indeed in downtown Nashville.  I've never been so wet!  But it stuck with me and what a fond memory I have of that day.  So when I began to pen the book Nashville was naturally where they landed and where Regan was caught in the rain storm.

I hope you enjoyed a little break down of the Keller family.  I have enjoyed writing them.  I am also working on a long term series the Aspen Creek Series set in the fictional Colorado mountain town.  The fun of this series will be the different dynamics I can bring to it with different families and different characters.  The first book FIRST KISS brings a retired NFL MVP back to town to close out his father's estate.  Another encompasses that love between a single mother and a younger rock star. Of course my martial arts sneaks in there with a very great and eclectic Irish/Korean family.  There is so much you can do with a town, but we will explore that next week.

Until then, remember if you haven't read THE EXECUTIVE'S DECISION you can find it on Amazon and iTunes for FREE! 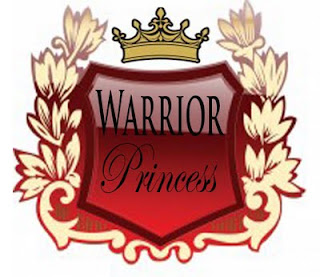 Posted by Bernadette Marie at 3:22 PM