Please help me in welcoming one of 5 Prince Publishing's bestselling authors, MJ Kane, author of the  Butterfly Memoirs, as she shares her favorite holiday memory.  Don't forget to leave a comment for your chance to win a copy of her eBook and some Shelf Swag from Bernadette Marie. 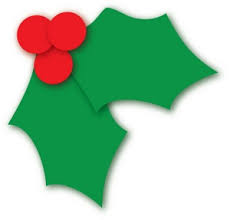 My favorite holiday memory occurred January 2011, a few days after the kids returned to school after Christmas vacation.
Three days into the new semester, Georgia experienced a rare snow storm that shut everything down. If you’ve ever been to Georgia, you know the winters here are crazy. It can be 30 degrees at night and 65 degrees during the day.  Snow can come as flurries that disappear the moment they touch ground, or as severe as an ice storm, coating trees with ice so heavy power lines fall and streets are covered with ‘black’ ice and make driving impossible.  Sometimes we get actual snow that covers several inches of the ground, is nice and fluffy on day one, but as soon as it starts to melt and the temperatures drop, ice covers it. Because Georgia isn’t set up to handle major snow fall, everyone gets an unexpected vacation.
For three days, we were snowed in together, all seven of us and our dog. We had enough food to last a few days and the lights stayed on.  The first two days were spent listening to music, playing Spades, Monopoly, and dancing. Out of sugary sweets, my cousin made sugar cookies from scratch (even though it was missing an ingredient) and they were the best!
By day three, we needed more food. The grocery store was less than a mile away, but the drive was impossible. First of all, our house sat on a hill and the driveway was covered with a sheet of ice at least two inches thick. Backing our Expedition down the hill to a cul-de-sac that covered in ice (if we had ice skates it would have been the perfect ice rink!), was impossible.   My son’s braved the cold, grabbed shovels and chipped away at the ice for a few hours. When we felt we would have enough traction, we piled in the car and slid down the hill. Talk about an adventure! The subdivision had several hills; each one had us holding our breath, praying we’d make it to our destination without sliding into someone else.   We not only made it there, we shopped, and got home, just not up the driveway! 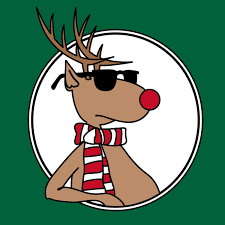 The highlight to that venture was carrying the groceries from the ‘ice rink’ (cul-de-sac), up the slippery slope (driveway) and up the ice covered stairs. My oldest son stomped his way through the ice-hardened snow (snow that was glazed over by a sheet of ice), leaving footholds for us to step in as we made our way to the house. My youngest son carried a bag with plastic bottles of juice. In his efforts to step in the holes, he slipped and the bag he carried busted, sending a bottle of juice sliding down the hill. He tried to catch it, lost his balance, fell on his stomach, and followed the path of the juice. The rest of us laughed our butts off before making our way down to him and the bottles.
Since then, my kids have gotten older; one nearly has his foot out the door and headed to collage. Even the youngest have matured. I am now an author with deadlines, and my hubby, the music producer, stays busy. Finding time for all of us to step away from work, writing, recording, and all forms of electronic devices and get back to the simple things  that make you appreciate your family are hard to do. But this year, I am going to make myself take time for family.
Music, a deck of cards, and sugar cookies. The little things that made the best holiday for me.

M.J. Kane stumbled into writing. An avid reader, this stay at home mom never lost the overactive imagination of an only child. As an adult she made up stories, though never shared them, to keep herself entertained. It wasn’t until surviving a traumatic medical incident in 2006 that she found a reason to let the characters inhabiting her imagination free.  Upon the suggestion of her husband, she commandeered his laptop and allowed the characters to take life. It was that, or look over her shoulder for men caring a purple strait jacket. And the rest, as they say, is history.
No longer a television addict, if M.J. isn’t reading a book by one of her favorite authors, she’s battling with her creative muse to balance writing and being a wife and mother. She resides in the suburbs of Atlanta, Georgia with her high school sweetheart, four wonderful children, and two pit bulls. MJ can often be found hanging out at the local library where she is director of a local writer’s group, or online connecting with readers and other authors. Other activities she enjoys include: creating custom floral arrangements, assisting her children in their creative pursuits of music and art, and supporting her husband’s music production business, 3D Sounds.
You can find MJ on social networking sites, sharing writing tips, talking about music, life, and family. She’s always excited to meet new people. Connect with her via the websites below.

Posted by Bernadette Marie at 5:31 AM