I would like to welcome you to my release day blog for Denise Moncrief's Crisis of Identity. Denise is a fellow 5 Prince Publishing author who's first release with the company looks like a sure fire winner.  Please take a moment to check her out. 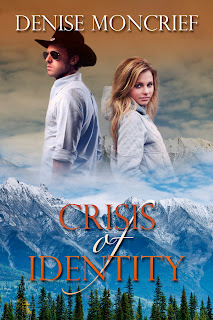 For
Crisis of Identity
Denise Moncrief

Crisis of Identity:
Tess Copeland is an operator. Her motto? Necessity is the mother of a good a con. When Hurricane Irving slams into the Texas Gulf coast, Tess seizes the opportunity to escape her past by hijacking a dead woman’s life, but Shelby Coleman’s was the wrong identity to steal. And the cop that trails her? He’s a U.S. Marshall with the Fugitive Task Force for the northern district of Illinois. Tess left Chicago because the criminal justice system gave her no choice. Now she’s on the run from ghosts of misdeeds past—both hers and Shelby’s.

Enter Trevor Smith, a pseudo-cowboy from Houston, Texas, with good looks, a quick tongue, and testosterone poisoning. Will Tess succumb to his questionable charms and become his damsel in distress? She doesn’t have to faint at his feet—she’s capable of handling just about anything. But will she choose to let Trevor be the man? When Tess kidnaps her niece, her life changes. She must make some hard decisions. Does she trust the lawman that promises her redemption, or does she trust the cowboy that promises her nothing but himself? 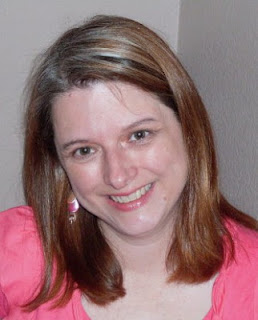 Denise wrote her first story when she was in high school—seventeen hand-written pages on school-ruled paper and an obvious rip-off of the last romance novel she read. She earned a degree in accounting, giving her some nice skills to earn a little money, but her passion has always been writing. She has written numerous short stories and more than a few full-length novels. Her favorite pastimes when she’s not writing are spending time with her family, traveling, reading, and scrapbooking. She lives in Louisiana with her husband, two children, and one very chubby dog.

EXCERPT from Crisis of Identity:
The room had already filled five times with sea-soaked bodies. The dead lay head-to-foot, column-by-column, row-by-row, ten by twenty. Victim 973 had scrawled her Social Security number down her left arm just as she’d been instructed. I noted the number on my log and moved on, trying hard not to think about the person, concentrating only on the morbid job some pushy cop forced on me.
Across the high school gymnasium, a man worked the other end of the column. As his stealthy glances trailed me around the gym, the acid in my overwrought stomach churned every time our eyes met.
“Want to take a break?” His sudden question reverberated throughout the cavernous space.
I curled one tendril of hair around my left ear. “Sure.”
I followed him into the locker room, grabbing a foam cup and filling it with tepid coffee. The man did the same from another urn. The burnt brew left traces of bitterness in my mouth. I rubbed my tongue over my teeth in a vain attempt to remove the acrid leftovers.
My mind turned off for a few precious moments as I ignored the makeshift morgue on the other side of the wall. The man’s strong, masculine bass invaded my mental hideaway. “They’re starting to smell ripe.” He gulped down another ounce of artificial stimulant, staring at me over the rim of his cup.
My insides flipped. “It’s been four days.”
He nodded. “Most of these don’t have numbers.”
“Makes it harder to identify them.”
He leaned against a locker. “This group must have thought they were invincible.”
“Doesn’t everyone?” I tossed my cup into the overflowing trash. “Think they’re invincible, I mean."
“Certain death. How do you interpret that? I think it means, ‘I stay. I die.’ Must not have sunk in until it was too late.” His sarcastic attitude unsettled me, made me want to defend the dead.
“They’ve been warned before and nothing happened.” When the locals ordered an evacuation two years before, it proved to be a false alarm. The residents of the Texas Gulf coast weren’t so easy to convince this time. It seemed no one learned a lesson from Hurricane Katrina. “And…we’re not dead.” Our eyes locked.
Someone’s presence warmed my back. The site supervisor stood over my shoulder and repeated his prerecorded rant for the millionth time. “Mandatory is mandatory. The dead ignored the warning to their own peril. If they wanted to stay put, the least they could do is write their soc number on their arms...just like they were told to do. How many times did the news people make that announcement? Write your number on your arm if you plan to stay. How hard is that?”
I shifted away from him. I didn’t dare write my number on my arm.
“Suppose the two of you take a few. You look wasted, and these guys…” He waved his hand toward the gym. “Aren’t going anywhere.”
Posted by Bernadette Marie at 12:00 AM