Today I am pleased to have author Evan Kilgore join us! 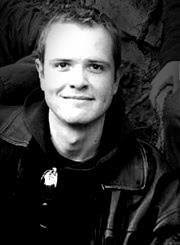 Evan Kilgore graduated from the University of Southern California's School of Cinematic Arts with a fine arts degree in Writing for the Screen and Television. Who is Shayla Hacker, his debut novel, was first published by Bleak House Books in the following year. His second novel, The Children of Black Valley, was released one year later, followed by his third, Made in China, in 2013.

Evan has also written or co-written a variety of motion picture screenplays, including shorts such as MJMW and feature films including The Butterflies of Bill Baker. In 2011, he was honored as a Semifinalist in the Academy of Motion Picture Arts and Sciences' Nicholl Fellowship. He lives and works in Los Angeles.

What genres and authors would we find you?
I generally stay somewhere in the spectrum of the mystery/thriller genre. To me, although it is actually set at Christmastime, MADE IN CHINA is very much a fast-paced summer thriller. It is part Tom Clancy, part Michael Crichton – Patriot Games meets The Andromeda Strain - but with, I would at least like to think, a concerted focus on characters. Personally, I tend to shy away from CIA agents, assassins, mobsters, and the other usual suspects in the thriller genre. I like my protagonists to be people I can imagine actually meeting and getting to know. John Grant, the hero of MADE IN CHINA, is a blue-collar everyman with overdue bills, a lifetime of regrets, a crumbling marriage, and a son for whom he will do anything.

My earlier books, WHO IS SHAYLA HACKER and THE CHILDREN OF BLACK VALLEY, fall into something more of a grey area. They are stranger, more surreal, and more unconventional. I would still consider them to be mystery/thrillers, but there is a certain offbeat component to them, perhaps most eloquently put by Kirkus Reviews when they described WHO IS SHAYLA HACKER as “Twin Peaks meets The Da Vinci Code.”

How much time did it take from writing your first book to having it published?
I wrote my first published book, WHO IS SHAYLA HACKER, over the summer between my sophomore and junior years in college. I then spent the following year-and-a-half querying basically every agent or publisher I could find. At last, in the fall of my senior year in college, Bleak House Books, against all odds, actually said yes. It was a blind submission to their slush pile, so you can imagine how utterly and completely thrilled I was to get that phone call (they actually left a voicemail, because I was in a film editing class lecture when they called).

It was then almost two years before I held a bound, a finished copy in my hands. Between editing, revising, sending to reviewers, choosing cover art, and setting the book up within their catalogue, it certainly was not an overnight process, but it remains perhaps one of the most important and meaningful turning points in my life (thus far). 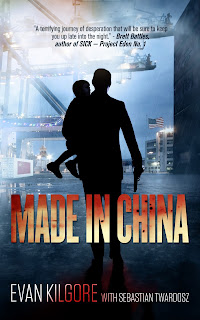 What other careers have you had?
In college, at the University of Southern California’s School of Cinema-Television, I began interning at a variety of film production companies in LA. During the second half of my senior year, I transitioned those experiences into becoming a script reader and eventually a full-time story consultant and story editor at a Hollywood talent agency and for several independent production companies and individuals.

In the seven years since, I have read, by a conservative estimate, probably around 12,000 screenplays – everything from works by what I consider to be masters like David Mamet, Neil Labute, and Aaron Sorkin to Oscar winners, blockbusters, and plenty of fairly terrible scripts as well. It has been, and continues to be, to me, kind of a dream job. It keeps me stimulated and engaged, while seeing a constant torrent of both stories done beautifully and also stories done terribly has become in many ways a master class in helping me to shape and develop my own style.

Are any of your characters based on real people or events?
MADE IN CHINA is not based on one specific event or character, but the idea behind it did originate, through my collaborator and cowriter on this project, Sebastian Twardosz, from a string of news stories about situations similar to the one at the heart of our book. At the time, there were several breaking stories about tainted lead paint from China poisoning homeowners in middle-America, tainted rubber baby bottles leaving children sick, etc. We just took the idea one step further.

Although it features a terrorism element, though, the book is not by any means intended to be political. We were very careful to make sure that the story remains a character story. Each of the characters acts for their own reasons; there are heroes and villains on both sides. This is not and was never intended to be a paranoia piece about international relations (although, inevitably, some of these themes do crop up).

When not writing, how do you relax?
I love to travel almost more than anything else. Time and money permitting, I do my very best to make at least one international trip to somewhere new each year. Immersing myself in another culture, exploring somewhere faraway and different, and simply getting away from the familiarity of Los Angeles is, to me, more refreshing and valuable than almost anything else.

On a day-to-day basis, I like to take long walks to clear my head, gather my thoughts, and refresh myself. I also have a (perhaps somewhat excessive) passion for finding new restaurants. My friends and I have built a tradition wherein, each week, we find a new place to eat out. The only rules are that we cannot have gone there before, and it has to be within walking distance from home (cocktails are involved). We have been doing this for several years, and we have just crossed the 300 mark, with many more restaurants still on our list – so take that, people who say no one walks anywhere in Los Angeles!

Please share with us your future projects and upcoming releases.
MADE IN CHINA just came out last week. I have another manuscript that I am gearing up to release, likely, in the fall, and I am hard at work at a new novel that is probably about halfway complete. I also have a feature film, THE BUTTERFLIES OF BILL BAKER, that just debuted at the Manhattan Film Festival, and several scripts in various stages of development and preproduction. I am crossing my fingers that I will have more news to share of those projects soon!

Evan Kilgore on the Web: http://www.evankilgore.com/

A BRIEF EXCERPT FROM THE PROLOGUE OF MADE IN CHINA:

Nothing good ever happened in the city.
It was a black hole of snowy streets and frozen puddles—cracked concrete, flickering neon.
The tinted windows of the limousine hid from the shivering homeless the tears in Sue Yang’s eyes.  Today cast a black pall on the entire week.  It had been on her mind since the Monday before.  Since the beginning of the month—no, for the last six weeks.  It had leached the life from the entire season.
She had wanted to tell her father she had come down with the flu, that she would be traveling, that she would be anywhere but here, but she knew it would not make any difference.  There had been something in his voice, on the message machine.
Something—urgent.  Desperate.  Scared.
She had never known him to fear anything in his life.
The car drew to a stop at the curb.  Sue shrank away from the windows, making herself as small as she could in the middle of the leather bench seat as a flock of bicycles and bundled-up pedestrians surged around the car.
Every face that so much as glanced in her direction sent a chill through her whole body.  She wanted to go home.  Back out to the country, where there were trees and grass and not so many people.  Back where it was safe.
The limousine crept forward.
Three more blocks to her father’s high-rise. Alleys dipped by—labyrinths of stacked dumpsters, cardboard boxes, fire escapes.  Lit signs scaled the walls to shimmer like drifting comets through the skylight.  Markets, internet cafes, hotels, corporate headquarters.
And somewhere—somewhere in some tiny concrete crevice, was the place where it had happened, twenty-two years ago.  Six years old, just a little girl out with her mother for ice cream on an airless Shanghai summer night.
She shivered and twisted to squint into the ocean of headlights behind the car. Everywhere looked familiar this close to her father’s building—even after the ten years she’d spent avoiding the city altogether.
The tower was impeccable.  There was not a single streak on the marble-floored lobby, not a handprint on the polished glass doors or the mirrors in the elevators.


Sue stared at her pasty reflection as the numbers ticked up toward the penthouse.  She looked like the old pictures of her mother.  A long beak of a nose, jet black hair, sad eyes hidden in the shadow of her forehead. People told her she was beautiful, but all she saw in her face were the echoes of the past.
Posted by Bernadette Marie at 12:00 AM