I am thrilled to have Susan's new book out today with 5 Prince Publisher. Susan and I have been together as a team for years-and we've played all the roles! New author-editor, published author-editor, new publisher-editor, editor-new author, publisher-author. I couldn't have accidentally had someone more wonderful fall into my life. So it is with great honor I share with you her latest book.

Over the Edge
Susan Lohrer 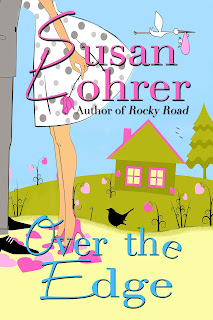 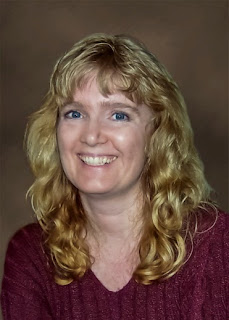 Over The Edge:
“Sometimes love sends you sailing over the edge.”

Kat Cherish, high school principal and activist (a combination that hasn’t been great for her career) heads back to her hometown to mend her dignity only to discover her estranged kid sister is a mess… and their childhood home is for sale. Getting the house back just might be the only thing that can put Kat’s complicated family back together… if she can cope with her mixed feelings for her ex-boyfriend, who’s been hired to completely remodel her house for another potential buyer… and if she doesn’t lose her new job because of the outrageous antics she’s pulling to keep her sister out of trouble.

Susan Lohrer grew up in more towns in western Canada than she has fingers to count them on. She currently lives in southern BC with her husband of more than two decades, their two teenagers who are still at home, three dogs, and far more aquariums than a reasonable household should contain. She believes life is always better with a healthy dose of humor.

Excerpt of Over the Edge:
Kat shifted her wrists in the steel handcuffs. Rough, ancient bark pressed against her cheek, and the damp air intensified the resinous tang of the virgin forest. She’d been here since dawn—long enough to be on a first-name basis with Harvey, the Douglas fir. Which, if she let herself consider for more than a minute at a time, was kind of a weird development for a grown woman who had a respectable career. She’d consider it in more depth later. Right now she had enough on her mind.
A gust of coastal wind snatched her hat, and chilly rain plastered her hair to her scalp and trickled down her neck, making her teeth chatter. Nearby, a group of men wielded wrenches on a logging machine that refused to start. One of her students, the school board superintendent’s son, retrieved the hat and plopped it back on Kat’s head.
“Don’t worry,” he whispered, “they’re not going to get that machine going anytime soon.”
Alarm nibbled the back of her mind like a classroom gerbil gnawing a toilet paper tube. “There’d better not be a reason you know that.”
He laughed. “I’m just saying.” Then, calling to his friends, he trotted off.
Kat wondered whether she’d still have her job at the end of the day.
The superintendent had made it clear she’d lose it in a blink if the kids did anything more than show up, and Kat had made them promise not to chain themselves to any trees. So far, all they’d done was text the protest’s breaking news to their friends… unless they’d messed with the equipment before she got here this morning. The thought made her stomach feel like she’d eaten fir needles for lunch. She stared up into the dense boughs radiating from Harvey’s trunk high above her.
“You don’t think the kids wrecked that machine, do you, Harv? I mean, they know my career is at stake here.” Harvey only sighed in the wind, branches waving toward the broken-down machine. Yeah, it had Kat a little worried, too.
She flexed her shoulders, stiff from the hours she’d spent shackled to the tree. She wasn’t against logging; she lived in a wood-frame house and used reams of paper. What school principal didn’t? And the logging industry in Mills Creek fed a lot of families.
In the last few hours, she’d had a chance to reevaluate her reasons for chaining herself to this tree. This was about so much more than the environment. It was about standing up for someone who couldn’t stand up for herself. Or in Harvey’s case, himself. It was about choices that had been taken away from her. It was about the fact that sometimes, no matter how wrong you were, you couldn’t undo what you’d done.
Her goal wasn’t to stop the logging, this community’s lifeblood. It was to protect something beautiful and precious. If she could win this one small battle, do this one small good deed, save just this one tree, maybe it would somehow make amends in her heart for what she’d let happen to her family.
A Jeep rattled up the steep gravel road and pulled off on the landing, followed a few seconds later by a police car. Kat’s stomach clenched.
A man exited the passenger door of the Jeep. His footsteps scuffed on the dirt road. Craning her neck, she peered through slanting late-afternoon shadows, making out only his easy gait and the set of his broad shoulders. Had they brought in a negotiator? He leaned into the police car for a minute, then stood, head down, hands on his hips, like a man bearing a heavy burden.
She almost felt sorry for the guy. She might look like a waterlogged rat at the moment, but he had no idea what he was up against. A tiny smirk crept over her mouth.
Now that this block of forest had been opened up to clear-cut logging, Harvey would have to watch while his family was torn away, one by one. She knew how he felt because the same thing had happened to her, until she had just one family member left. And she and Lacey weren’t even on speaking terms at the moment.
She dug her fingers into Harvey’s sturdy bark. “What am I doing talking to trees instead of making things right between Lacey and me?”
Soft footfalls on the carpet of needles behind her.
She straightened as much as she could. The chain connecting the two sets of handcuffs slipped and pulled her down with it until she had to slump against the tree trunk.
“Kat, what are you doing?” He sounded as exhausted as she felt. Sounded… disturbingly familiar.
That voice. Evan. Here? Memories grabbed her heart and sliced through it like the blade of the nearby feller buncher waiting to chop the young trees from their roots—if the loggers could get it running again. She strained her eyes to the left, looking without turning her head.
Evan was watching her, jaw clenched, rainwater slicking his blond hair.
She blinked the water from her eyes.
He was still there.
Not a gorgeous hallucination. A gorgeous reality. Her pulse whumped in her ears.
What was she doing? That was easy—she was running away from her failure to keep her family together. But what was Evan doing?