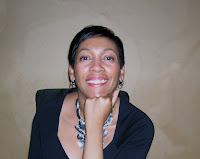 Indiscretion
One careless night and a man’s life is changed forever.
Damon Harris wants a better life than the one he’s currently living. He has a penchant for trouble and a trail of mistakes behind him, but inside he can feel a greater call urging him on to the man he knows he can become. He marries the ideal woman in hopes it might settle him down. But change is hard. Stuck in a self-created prison where the only warden is himself, he’ll do just about anything to break free.

A few drinks, a beautiful girl…was it worth it?

Tonya Lampley’s first novel was titled A Taste of Love and was a National Indie Excellence Book Awards finalist. She lives in Ohio with her husband and is currently working on her next book. For more information about Tonya, please visit her on the web at www.TonyaLampley.com.

Posted by Bernadette Marie at 6:35 AM