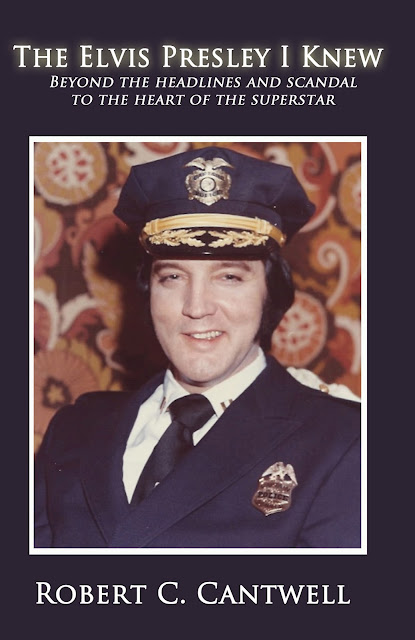 The Elvis Presley I Knew:
“I would have been duty-bound if I had recognized Elvis’ alleged drug abuse.”
Robert C. Cantwell

Elvis I knew was a superstar, authentic country gentleman and ‘unprejudiced’ that cherished being around those that regarded him as an ordinary person.

It was 1977 when I first learned of the neighborhood legend. Mr. Cantwell, the father of one of my classmates, was friends with Elvis Presley. Who would have thought that in our town of Arvada, Colorado such things could happen? Truth be had, I met the Cantwells within days of Elvis' death--I was 5.

It was my mother who brought this to my attention, or perhaps I heard her tell my father first. When she met Robert Cantwell's wife, they were room mothers for the kindergarten class. The mothers who knew Mrs. Cantwell where asking her how they were coping with Elvis' death. My mother had to wonder, what kinds of fans they must have been. So she asked Mrs. Cantwell why the other mothers were so concerned for the family. That was when she learned that Elvis Presley was a dear friend.

During the school year my mother and Mrs. Cantwell worked on many projects together. One day my mother was at her house making ornaments so Mrs. Cantwell offered to pick me up when she picked up her son and they had me over to play while our mothers worked. She picked me up in a "yellow" car. At the age of 5 I didn't understand the significance that I had been picked up in a car that had been given to the family by Elvis Presley.

As a writer I have a keen ability to remember so many details. It amazes my father! But what I remember about that year was the stories my mother told me about the Cantwells and their uncommon friendship with Elvis Presley. The trips Elvis made to Colorado and Mr. Cantwell to Memphis, the gifts he'd given to them, and she told me about Mr. Cantwell going to Graceland for the funeral.

I carried these stories with me all my life. We all have those...don't we? The little bit of "I knew someone who..." I could not have been more pleased when Mr. Cantwell's daughter-in-law, whom I've become friends with since our kids now go to school together, contacted me and said, "My father-in-law wrote a book about Elvis. We need to know what to do with it now."

I wanted in on this project so badly. Not to be showy, but because it was a legend I'd grown up knowing. I wanted to know the inside story! (And I quickly found out so many of the others I grew up with wanted to know too.) So I offered my help. It wasn't too long before I decided that 5 Prince Publishing needed to publish the biography, and so...we added the genre.

The memoir Robert C. Cantwell has put together leaves the reader with a keen sense of who Elvis Presley was. I, and those who edited the book, felt as though we too were friends with Elvis. Mr. Cantwell speaks of his friend Elvis. He shares with the reader that there was more to the man than just his persona--his music--his legacy. In his memoir, Mr. Cantwell does an amazing job of reminding the public, despite the negative press following his death, that under the glitz and glamour there was a good 'ole country boy just looking to be treated like everyone else.

I hope you enjoy The Elvis Presley I Knew by Robert C. Cantwell. I sure know it is a book, and an experience, I will never forget!

About Robert C Cantwell:
Robert C. Cantwell was a Golden Glove competitor, nonetheless afraid to take the police entry exam never dreaming he would accomplish his life goal of being a police officer. He would climb through every rank in the Denver Police Department; become the Director of Prisons for the Colorado Department of Correction; and the Director of the Colorado Bureau of Investigation.
After 48 years he would retire from Law Enforcement.

You can reach Robert Cantwell at: Email: RCC6435@msn.com

Posted by Bernadette Marie at 10:17 PM