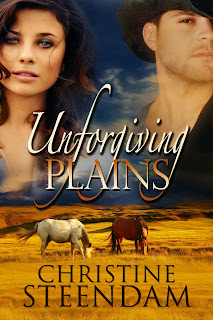 Unforgiving Plains:
Rayna Fields is a successful realtor in Calgary, but when she receives a visit from a lawyer, her whole life is turned upside down.

She hasn't seen or heard from her father in twenty years. Not since her mother packed her and their belongings in a truck and drove off Fieldstone Ranch. Now, she has to make her way to Foremost, Alberta, the "wild west" of Canada and deal with the dilapidated ranch that was left to her by her estranged father.

Struggling with her feelings towards her father who has passed on, a ranch in financial distress, and other problems that crop up along the way, Rayna turns to the one person willing to help; Vince, the hired hand. But will his past destroy everything she's worked towards? And will she be able to forgive, and find beauty in Alberta's wild plains? 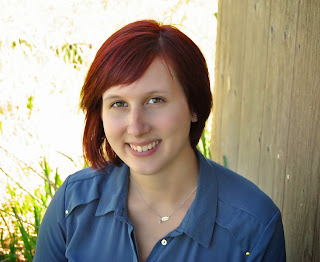 Christine has been writing stories since she could put pen to paper and form words. Now, fifteen years later, her debut novel is scheduled to be released and her second book is in the works.
Christine has spent the better half of her life owning and working with horses, and these four legged companions often find their way into her stories. After all, no work of women’s fiction would be complete without a horse or two. ;)
She currently makes her home in the center of the world—no, really. Look at an atlas

Rayna lay in bed, attempting to drift off to sleep, but despite her exhaustion, she was plagued with thoughts of her father’s ranch. How would she stage it? What could she ask for it? She had no real idea what ranches were worth or what the market was for them. And what would she do with the cattle? Did she sell them with the property? Horses? So many questions, some of which she hoped Vince could answer. But that was tomorrow, and tonight the only answer she needed was the one to her prayer for sleep.
Posted by Bernadette Marie at 9:17 AM