Today my guest is Eva Lindke 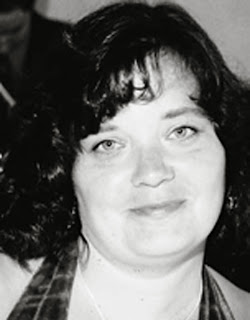 Eva is a unique mix of quiet restraint with a wild mind of romance and seduction. She is a unique individual who is turning out romance novels that are amazing and keep the reader on track.
The Pink Cove series is the Pinnacle of the sultry novel genre. It is a unique and racy private club where people either fear it or desire to be a part of it. The Pink Cove allows you to be free to experience your greatest desires without the fear of persecution for “normal” society.

Eva Lindke developed this genre out of a realization that a category of readers where not being reached. Now she is becoming more in demand and her readers can’t wait for the next installment of The Pink Cove clan to be released. Because of the genre Eva is somewhat of a recluse and only steps out from behind her computer or other devices for a few rare book appearances. But one look at Eva and you realize that she is as unique as her characters.

What was the hardest part of writing your book?
The hardest part I feel is having a confidence in the story you are telling. If you believe in your story then you can conquer anything.

Why do you think people should choose your books over another author?
My enthusiasm for my stories seems to drive people I meet. Though I have been published just two years my following is greater than I ever anticipated. I right what comes to mind and try to keep the reader engaged and wanting more.

How long have you been a writer?
This is a funny question. I have been writing since I was at least 15 but it wasn’t until I was reaching the big 40 that I decided to publish.

Do you write under more than one name? Why?
I write under three names to represent my personalities. Joanna Swank is the every day girl writing how to, marketing and family drama. Blanche Mae is the part of me fascinated with history so all of the romance books have a historical undertone. Which leaves Eva Lindke the sultry fun side that writes about people who do not discriminate based on sex, race or religion. The Pink Cove is the pinnacle series under Eva that explore the freedom to be who we want when we want without repercussion’s.

What books or authors have most influenced your life?
Jane Austen has been my guiding force since I was a young teen. Now I idolize Stephanie Laurens for her unique story telling.

Do you work on one project at a time? Or do you multi-task?
I have many novel ideas piled up in my brain and I am currently working on three projects. However I recommend that writers limit themselves to two so they remain focused.

Please share with us your future projects and upcoming releases.
My current projects are:
The Pink Cove Vol II/Eva Lindke – The story continues with the saga of The Pink Cove gang - Coming June 2014
The Swank Legacy/Joanna Swank – A story surrounding the murder of my Great Grandfather in 1934 – Coming Nov 2014

The Pink Cove: Volume 1
Self Published by CreateSpace 2011 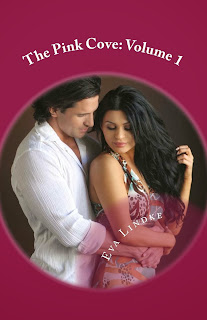 The series starts with the unusually sultry and provocative founder of The Pink Cove. Sandra is a woman who has seen the disaster and destruction of the rich and famous. For many years it was her job to hide their secrets and make their troubles disappear. Tired of that life Sandra retires and begins her own scandalous life at The Pink Cove. Mitch is enchanted by a seductive woman he met in an internet chat room. After moving their interludes out of cyber space Mitch becomes more enchanted. Now he is ready to move the relationship onto the next phase. But will Sandra’s secrets keep Mitch from accepting the woman society scorns.

The story continues when Lela finds herself in a legal and ethical battle from her youth. Some would see what she did as a crime and a disgrace. Lela views it as an act of art and self-expression. As she battles the courts to clear her of the charges of child pornography she learns that hiding who she is, is the real crime. Mikah is a man whose sole purpose in life is to protect is client and friend Grant from the glaring eyes of the nosy public. But when he meets Grant’s sister his life takes on a new battle of protecting both of their secrets from intrusive reporters. Along the way he finds himself lost in Lela’s complicated world with no hopes of escaping it.

Posted by Bernadette Marie at 9:39 AM