Could I possibly be more excited? Indomitable Spirit brings my love of Colorado, passion for writing, and my martial arts all into one place! I am thrilled to share with you the story of Kym and John. I hope you enjoy it as much as I did writing it. 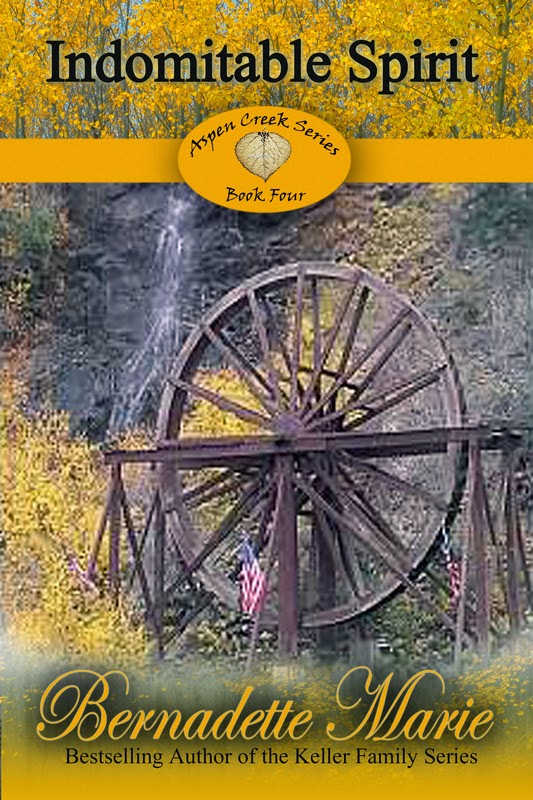 Indomitable Spirit:
Caught between the traditional Korean culture of her mother and the fun-loving Irish heritage of her father, Kym O'Byrne has never felt truly at home ... until she inherits the O'Byrne Karate School in the sleepy Colorado town of Aspen Creek. Staying focused and disciplined is her game, but something buried deep within the eyes of the grouchy handyman, John Larson—father of some of her most promising students—threatens to turn her strict world on its end ... 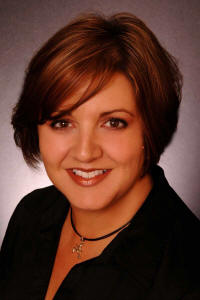 Bernadette Marie has been an avid writer since the early age of 13, when she’d fill notebook after notebook with stories that she’d share with her friends. Her journey into novel writing started the summer before eighth grade when her father gave her an old typewriter. At all times of the day and night you would find her on the back porch penning her first work, which she would continue to write for the next 22 years.
In 2007—after marriage, filling her chronic entrepreneurial needs, and having five children—Bernadette began to write seriously with the goal of being published. That year she wrote 12 books. In 2009 she was contracted for her first trilogy and the published author was born. In 2011 she (being the entrepreneur that she is) opened her own publishing house, 5 Prince Publishing, and has released her own contemporary titles. She also quickly began the process of taking on other authors in other genres.
In 2012 Bernadette Marie began to find herself on the bestsellers lists of iTunes, Amazon, and Barnes and Noble to name a few. Her office wall is lined with colorful PostIt notes with the titles of books she will be releasing in the very near future, with hope that they too will grace the bestsellers lists.
Bernadette spends most of her free time driving her kids to their many events—usually hockey. She is also an accomplished martial artist with a second degree black belt in Tang Soo Do. An avid reader, she enjoys contemporary romances with humor and happily ever afters.

Crisp wind blew off the lake and down through the small mountain town. The streets were bare as the sun crested the mountaintop and sent the lake shimmering in gold and orange hues. Kym O’Bryne stood on her deck, wrapped in her heavy robe and fuzzy slippers, nursing a warm cup of coffee that steamed in the brisk November air.
She’d lived in many places. Korea, Ireland, California, and New York to name a few. Each place held its own mystique when fall began to give way to winter. But she’d never experienced anything like the change in the seasons in Colorado.
Already she’d been up for hours. She’d tended to her grandfather. In April he’d turned ninety, and though sharp as a tack, he was becoming frail. It had become her duty to take care of him and she did so with honor. She’d run three miles on her treadmill, within her warm house, and had trained in her dojang, which was downstairs from where she lived. She’d inherited the failing karate school for her thirtieth birthday.
Kym shook her head at the thought. She always assumed she’d run a school. What had made her father purchase the school and hand it over to her, she’d never know. It wasn’t what she considered an ideal location. It was, however, her grandfather’s dream to see his grandchildren carry on the family tradition. Though, when you saw the name O’Bryne on the door of a karate school, it didn’t actually give the impression of traditional Korean training.
She shook off the cold and walked back into her home, slipped a piece of bread into the toaster, and finished her cup of coffee. Kym thought of her brothers and their minimal success with their schools. Both of her brothers, Ian and Liam, were Irish through and through. Ian with his blond hair and Liam with his red, both sported emerald green eyes like hers. They’d inherited them from their father, Todd O’Bryne of Dublin, Ireland.
She took her toast from the toaster when it popped and buttered it generously and then slathered strawberry jelly on top of it. It was her little bit of indulgence.
With her toast in hand she sat at the kitchen table, flipped open her laptop, and was pleased to find an email from her mother. She smiled.
Oh, it was a grand thought that Todd and Mi Sun O’Bryne had retired back to Dublin, where her father was born. Her mother sent a picture of them standing in front of a pub once owned by her father’s family. They looked happy.
Her mother’s name fit her so well. Mi Sun stood for beauty and goodness and that was what her mother always radiated.
Her parents’ was a love story you’d have read in a book or seen in a movie. The tall, gangly Irishman who followed his wanderlust and landed in Korea, where he met the small, beautiful, and graceful daughter of a rice farmer. Both father and daughter dreamed of seeing the world. Todd and Mi Sun were married and lived in Korea for five years, where Ian was born. Then Todd took his family, father-in-law included, and moved to Ireland. That was where Kym was born.
Named after her mother’s family Kym, Kym was born with the Korean features of her mother, except for the emerald green eyes she’d inherited from her father.
After five years it was off to America to live in Sacramento where little Irish Liam was born and the first school of the Kyms and O’Brynes was started.
It seems like a lifetime ago, Kym thought as she cleared her place at the table. She closed her laptop and moved to the cabinet to find the tea to make for her grandfather.
Now Ian, Liam, and she owned schools all over the country that taught Tang Soo Do to the masses, changing lives as they went along.
Kym, however, never thought her chance to change lives would be tucked in a small community in the Colorado mountains with less than three thousand people.
When she reached for the canister of tea, she found it was empty. That she should have known, it was on her list, but she’d forgotten to stop at the store. She wished she’d remembered, because the temperature had dropped at least thirty degrees from the day before and now she would have to bundle up, warm her car, and head out to find tea for her grandfather.

John Larson pushed through the front door of the Aspen Creek Market. How, he wondered, could kids eat through four boxes of cereal, two boxes of Pop-Tarts, and a box of frozen waffles in a week? They were going to break him.
He pulled out a cart, and with his head down, he started on his mission.
“Good morning, John. How are you this lovely morning?”
On a slight oath he turned to see Gloria, the cheerful clerk, standing at the register with her red apron barely encompassing her oversized chest and stomach.
“Mornin’.” He pushed forward as quickly as he could. The last thing he needed on a Sunday morning was to be caught up in one of Gloria’s hour-long renditions of what her grandbabies did this week that no other child has done before—like eat and poop. He just didn’t need it.
He fretted over the cereals that his sons liked because there was a heroic character on them and then over to the ones with a princess, for his little Abby. But in the end he reached for the generic bag of cereal with the name that sounded name brand, but wasn’t. He threw two different ones into his cart and with a grunt he took off to finish his shopping.
A woman’s yelp made him shoot his head up when his cart collided with another. He found himself staring into the most mesmerizing green eyes he’d ever seen. How odd they seemed on the very petite Asian woman standing before him.
His tongue swelled in his mouth and he couldn’t speak to apologize as she glared at him.
“Sir, don’t you think an apology is in order?”
He stood there, staring at the long, dark hair that fell from beneath her sensible stocking cap, over her shoulders and down her back. It had been a very long time since a woman’s beauty had rendered him unable to think or talk.
“Well, then I’ll apologize for having my cart simply parked here in the way of your moving one.” She huffed out, reached for a box of tea bags, and tossed it into her cart.
He simply watched as she backed up her cart and started around him. She stood erect, and, though she was probably only five feet tall, he thought she could easily walk among the city streets without anyone messing with the little ball of beauty and fire.
She stopped and shot him another look with those beautiful, cool eyes. “I haven’t found too many people in this town who weren’t treated to manners as a child, but I guess there is always a first.” She went on her way, moving down the next aisle as John continued to get his breath back.
Once he shook off the utter irritation and delight of the little woman, John went back to filling his cart with things his children would, no doubt, devour before he got home from work the next day.
When he headed toward Gloria to check out, he noticed the dark-haired woman who had stunned his brain with just a few words walk out of the store.
He unloaded his items onto the conveyor as Gloria began to scan the boxes, bags, and cans.
“Where’s your veggies?” she asked, analyzing his purchases.
“Pardon me?”
“Those kids need veggies.”
“Yeah, I’ll get some next time.” That would shut her up for a moment, he hoped. Then he realized he needed information, and if anyone in town had it, it would be Gloria. “Hey, who was that woman that was just in here?”
“Oh, Kym?”
“Kym?”
“Just took over the karate school. Lives above it with her grandfather. Surprised you didn’t know about it.”
He shrugged. “Been busy, I guess.”
“Heard. Fixing up Malory’s bakery?”
“Yeah.”
He wondered if he’d heard about her moving to town. Then again, people were always talking, and he was usually in his own world. There was too much on his plate to worry about town gossip. Until now.
He carried the bags to his truck and tossed them in the back. As he did he saw her, Kym, he reminded himself, dart out of Malory’s bakery with a cup of coffee. No doubt it was one of those fancy blends that she’d brought in just for those who had to have it. He didn’t see the point, but then again John didn’t need anything that was fancy.
Kym hurried to her small Honda and drove away. John stood at the back of his truck and watched her disappear around the curve of the lake and behind the trees. It was a good thing she lived and worked at the same place, he figured. Sooner or later it was going to snow, and that little car wasn’t going to go anywhere. 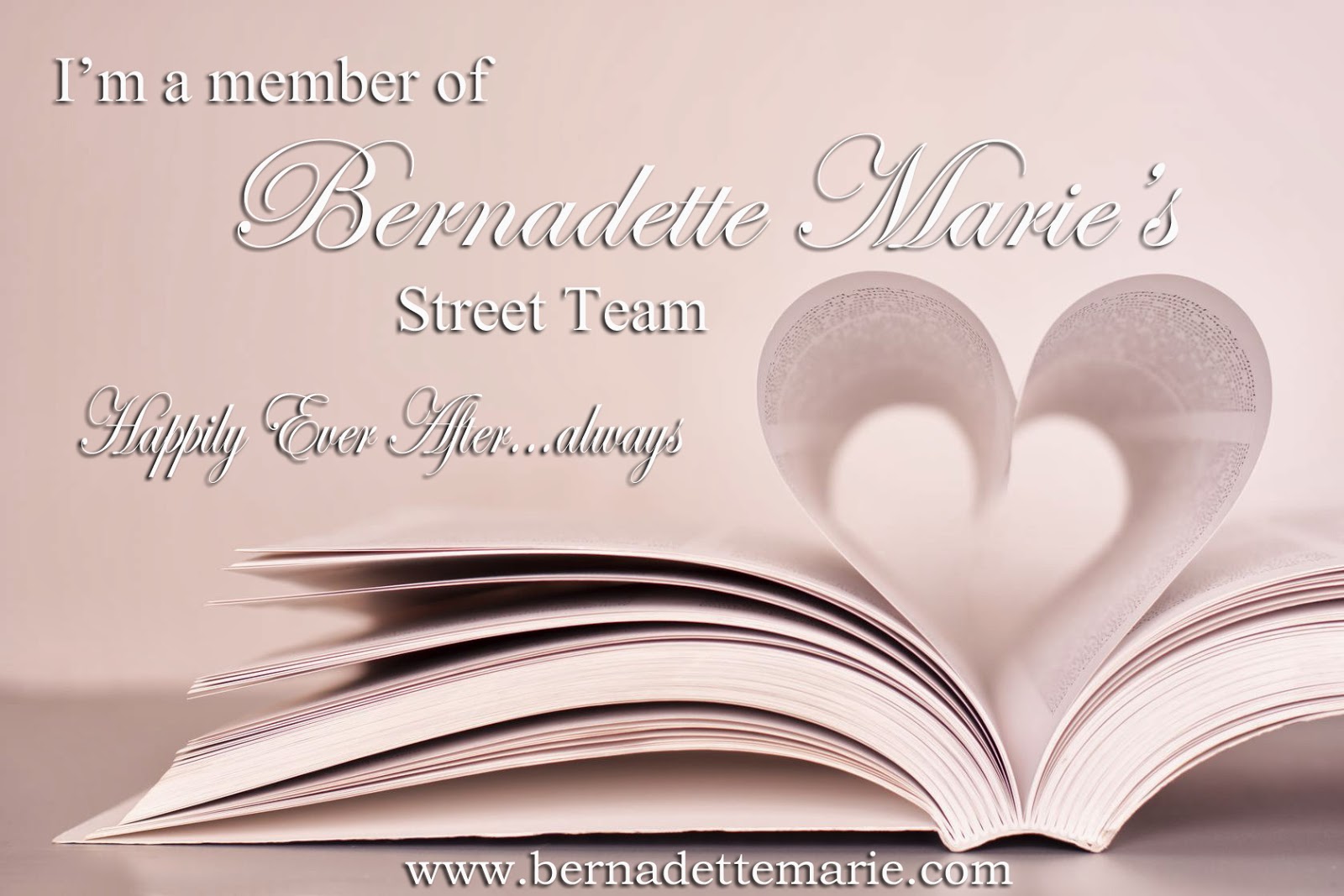 Posted by Bernadette Marie at 12:26 PM