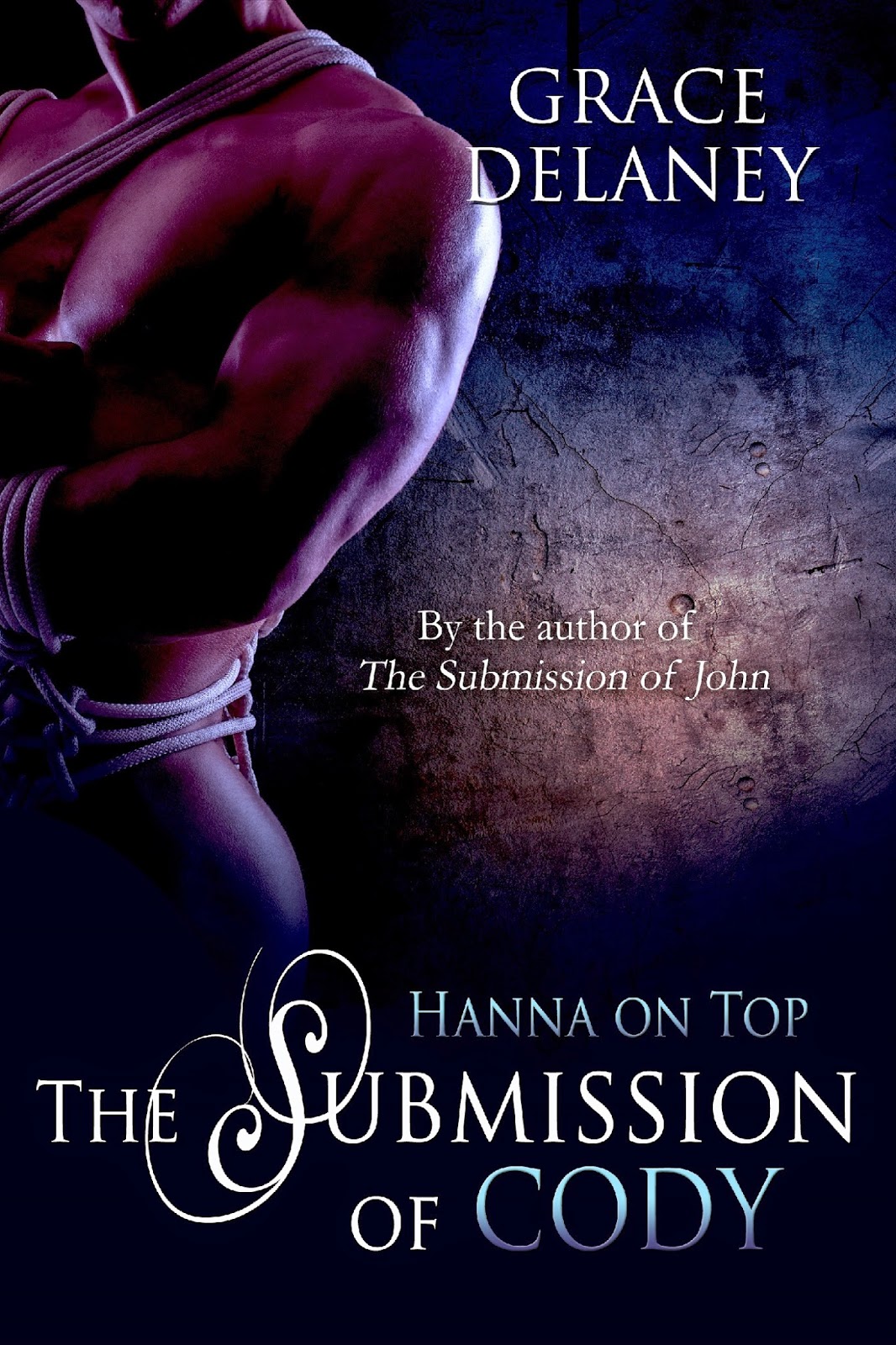 Hanna has had one submissive, and he was more than cooperative. Now she’s ready for a challenge.

When they inadvertently meet on the way to their encounter, Cody stuns Hanna by dominating her in thirty seconds flat, without even speaking.

Now, even naked, bound, and on his knees before her, he holds the advantage.

Hanna aches to show Cody that she’s the boss. But with her domme mentor (and her well-stocked toy chest) interfering at every step of the way, and Hanna’s first sub needing her attention too, can she take back control and bend Cody to her will the way he needs her to, or is he too much for her to handle?

About Grace Delaney
Grace Delaney is an Acquisitions Editor during the day and a storyteller by night. She loves to create fantasies that people can get lost in, with out ever leaving their own bedroom.

Grace lives in Colorado and enjoys the ever-changing seasons. She studied at the University of Northern Colorado and majored in Journalism.

Traffic had stalled in both directions, and the guy in the opposite lane was staring down from the window of his pickup at the parting of Hanna’s thighs as though he owned it. And that just wouldn’t do.
Her black leather skirt revealed a lot more than it covered—good thing the guy wasn’t a cop, or she’d be arrested for public nudity. She let him look for another few seconds, then switched hands on the wheel, denying him his view.
His face subtly tensed.
Behind her sunglasses, she studied him. He looked familiar, but she couldn’t place where she’d seen him. The three-day shadow on his jaw, his work-roughened hands—those fit with the beat-up truck he drove. But the high-end leather jacket with its turned-up collar, on a July morning when the temperature had already crawled past eighty degrees? That didn’t make sense, though he looked hot as hell in more ways than one.
She realized she was clenching her steering wheel, and she made herself relax and take a deep breath. She was the one in charge here.
Just because he was physically higher than she was and fully clothed, didn’t mean he had the upper hand.
His lips curled—were they as firm as they looked? Oh, the things she’d like to make those lips do to her. She became aware of the vibration of her car’s engine through her seat and imagined him kneeling before her, bound, begging for her touch.
That was more like it. She dropped one hand between her thighs. Slid a finger up under the skirt. Touched. Caressed.
He smirked, and the tilt of his jaw suggested he was imagining her kneeling before him.
Pffft! He wished.
Traffic started to move. The guy flashed her a cocky grin and gunned his engine. She watched the truck recede in her side mirror, feeling like a fraud.
A tingling flush crept up her neck, and she made herself loosen her grip on the steering wheel. A real domme would have taken total and immediate control of the situation. Would have brought the guy in line with a haughty glance.
If she couldn’t keep her cool around a stranger in traffic, how was she going to maintain any kind of control in a ménage with her domme mentor?
Instead of driving straight to Christine’s house, she took a long detour to give herself a chance to cool down, gather her thoughts, so she could walk into any situation calm and assured and in control.
Half an hour later, her pulse still throbbing from her encounter with the stranger, Hanna pulled her car up to the gate that led to an exclusive lake-view property. The only specifics, Christine had given her, were that she should wear spike heels and that today was the first of four special sessions. She’d also hinted that there’d be a surprise Hanna would never forget. She wiggled her toes inside her five-inch hot-pink-glitter stilettos.
Christine had a knack for surprises. One time she’d even loaned Hanna her own delectable submissive husband, John, for a night. Her belly warmed at the memory of John kneeling before her, hands bound behind his back with the sleeves of his white dress shirt, begging her to let him please her. And oh, he had.
But... she couldn’t assume the ménage would be Hanna, Christine, and John. What would be the surprise in that? So maybe the third wouldn’t be John. Or maybe it wouldn’t even be Christine.