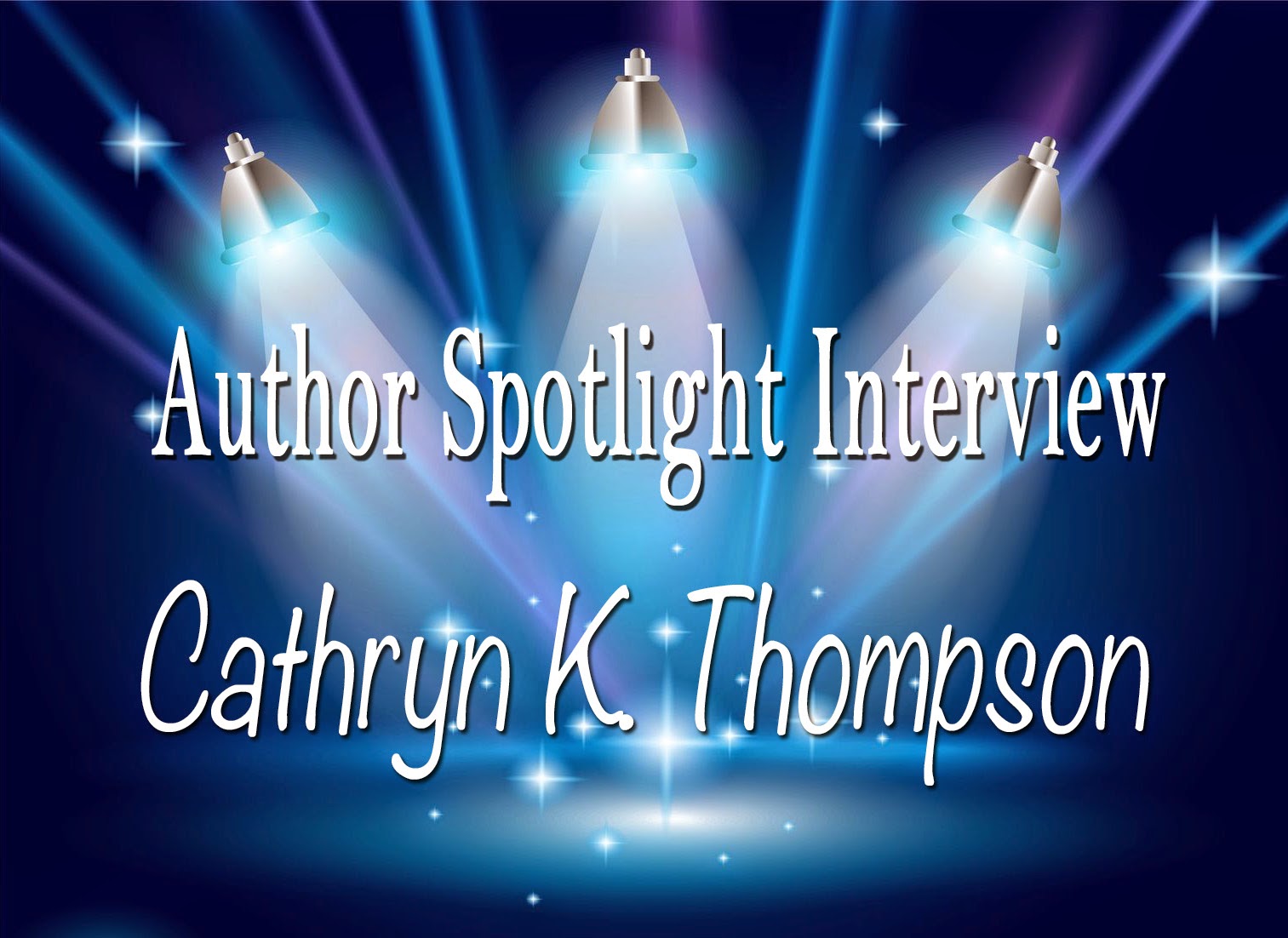 A native Ohioan, Cathryn K. Thompson has always had a passion for drama and the arts. She is a lover of languages, a Toastmaster, and a former dance instructor with a brown belt in Kenpo karate.


What genre(s) do you write?

I write Contemporary Fiction/ Romance with a bit of humor, drama, and soapy goodness thrown in for good measure.

I am definitely a pantser. I find that when I just tell the story without thinking about it, I can knock out several thousand words at a time. The minute I stop to worry about an outline or a proper arc, I panic and freeze up. It feels unnatural to me. Those things are of course very important in a final draft, but I find it’s better if I just get everything down and adjust for structure afterward. I think it’s easier to tell a story from the heart, not the head.

How long have you been a writer?
There has been a writer lurking under the surface for quite some time, but it was never something I acknowledged until recently. I wrote my first piece of General Hospital Fanfic as a sophomore in high school. I didn’t know that’s what it was at the time. I just knew that my play called “Opposing Forces” was inspired by my favorite soap characters. My next big writing project was during my freshmen year at the University of Toledo. I wrote a mystery/suspense about a girl who discovers one of her teachers has been involved in an assassination attempt and gone into hiding. I wish I still had copies of those stories, but they’ve been lost to history. I became a teacher and didn’t give writing much thought until November 1, 2011. My husband challenged me to join him for NaNoWriMo and that’s how Lily was born.

“Once in Love with Lily” is actually a piece of dialogue from the book. From the very beginning I knew that this line was going to be one of the final lines in the book, but I chose it as the title because of the potential for multiple references within the story. It sets the mood, but doesn’t necessarily give anything away.

Has your life changed significantly since becoming a published writer?
I now have a creative outlet for my over-active imagination and an excuse for talking to myself. I call it dialogue development. J

For the most part I try to complete one project at a time. I don’t like to have too many unfished things dangling. But when I feel blocked or just need to change gears, I will write a blog post or a piece of fanfiction just to spice things up.

Is this like that game, two truths and one lie and you have to guess which one is true?

I’m working on the sequel to Lily. I think some fans are anxiously awaiting that one and there is a third part to the story as well. Lily has a lot of things to sort out before we find out if she gets her happy ending. There are still many more secrets to be revealed about several of the characters. I also have an idea for a non-Lily contemporary romance inspired by some a friend’s recent experience with on-line dating and “forbidden love”. I won’t divulge too much more just yet. 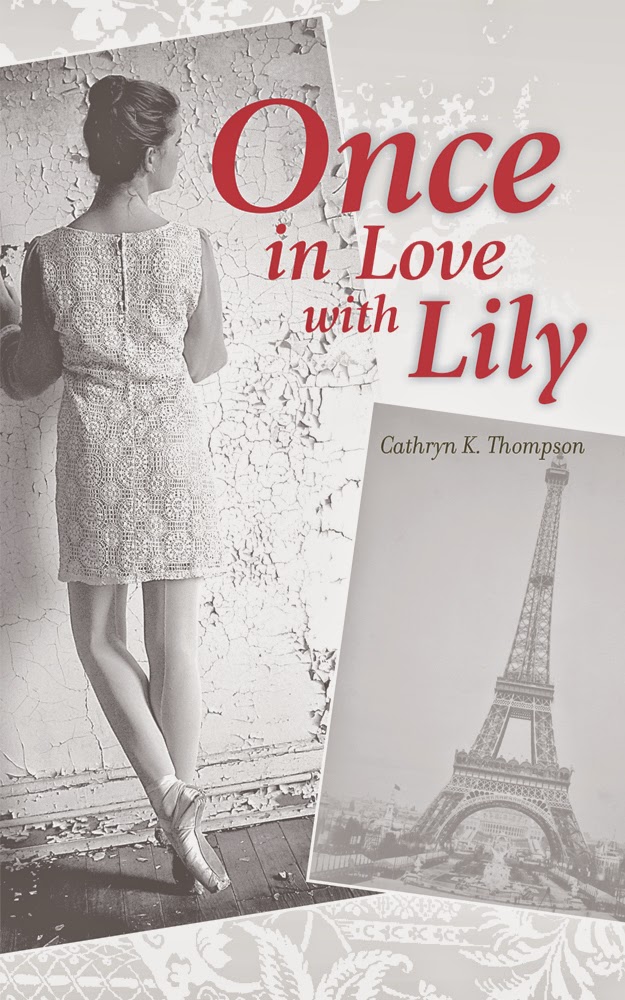 Lily Josephson is a choreographer living in LA with her long-time husband, movie mogul C.S. George. She has settled into a comfortable, predictable, and fabulously wealthy lifestyle. Thanks to her husband’s connections and resources and the help of modern technology, she manages to maintain a successful career as a Hollywood choreographer, despite the fact that she hasn’t danced in front of a live audience in over seven years due to a tragic accident that nearly left her paralyzed.
When Lily’s brother calls seeking her help with his fledgling Broadway show, the idea of returning to New York and the live stage seems almost impossible. Even if she can ignore emotional and physical scars left by the accident, she will still have to convince the cast to put their faith in her and her untraditional methods. Unfortunately, her no-nonsense husband, more interested in protecting his investment in the show than protecting her feelings, doesn’t leave her any choice. Upon arrival in New York, she runs into Tony, the one person from her past she never intended to see again. Suddenly, the thought of professional failure pales in comparison to dealing with the man who walked out on her and all but destroyed her over a decade before.
A series of twists sends Lily and Tony on an intercontinental journey, filled with humor, romance, and betrayal. Old secrets are revealed and new ones created as the two of them begin to unearth the shards of their broken relationship. Torn between the husband who has given her the world and the man who once was her world, Lily must weigh the importance of faith, trust, and commitment. She must choose sides between love and passion and moral responsibility and decide if recapturing the past is worth risking her future.

Enjoy an excerpt from ONCE IN LOVE WITH LILY

He watched her face as her lips curved into a gentle smile. The November wind whipped through her long dark hair. Seeing her sitting there like that gave him pause, and his thoughts drifted.

It was April. They were sitting on the quay with a bottle of wine, bread, and cheese. It was dusk, and the glow of the setting sun on the Seine was a sight to behold. The Eiffel Tower stood proudly in the distance over his left shoulder. The grandeur of the Notre Dame loomed in front of him just across the river. Still, Tony was more impressed by the object of beauty to his right. He studied Lily in the waning light as she told a story of something one her classmates had said or done. He couldn’t quite follow the story, but not because he wasn’t interested in what she had to say. He just happened to be more interested in her face at the moment.…
When they first met, he thought she was a pretty little girl, but that day he saw before him an exquisite young woman. Her skin was flawless, her large brown eyes soulful, and her lips—full, luscious. They practically begged to be kissed.…
She’d finished her story and was looking at him as if she were waiting for him to say something.  He only stared back.
“Tony?”
“Hmm? What?”
“I asked you what you thought. You haven’t answered.”
“I’m sorry. It’s just…”
“Just what?”
“You look… so beautiful tonight.”
“Tony, please,” she said, smiling shyly and lowering her eyes.
The spring breeze blew her hair across her face. He reached over and gently brushed it out of the way with his fingers, tucking it behind her ear and slowly tracing his way down her jaw line with the backs of his fingers.  Her gaze met his. For the first time he saw a different look in her eyes. His hand still under her chin, he tilted it ever so slightly upward. Her lips parted invitingly. His moment had finally arrived. He only had one shot at making their first kiss perfect. Depending on her reaction, it might be their only kiss. He leaned in and kissed her gently, slowly, savoring her lips. It was everything he could have imagined and more.…

“Tony,” Lily said, dragging him back into the present.
“Hmmm? What?”
“What were you thinking about?”