Today I am honored to have Paranormal/Supernatural author GL Briggs!  Thank you for joining us! 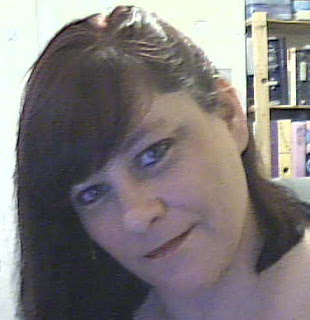 My favourite thing about being a writer is sitting at my desk and writing down ideas that have been in my head, watching them grow into real stories, and knowing people are reading and enjoying them.

I write in the supernatural/paranormal genre. I have written a couple or three children’s stories, but they will never see the light of day. Right now, I am concentrating on getting the immediate ideas out of my head and onto paper (computer), but I would like to try my hand at other genres. I have a fantasy novel idea that I am working on, and want to see how that goes in the near future.

The hardest part is moving on to the next chapter. Trying to finish a chapter when my inner grammar buzzer won’t be quiet is very hard. Getting the words out in the first draft is a matter of simply writing and getting it down, which is an alien concept to me. It was a hard lesson, but worth learning.
Another difficult part for me was knowing that, within the supernatural genre, I was writing books about demons, when the world was reading about vampires and zombies. Having faith in myself and knowing I was doing the right thing for me, was a challenge.

A little bit of both. I plot the first five chapters and the last chapter in the book before I start writing. Then when the writing process has begun, the characters shape the way the story actually unfolds and gets us to the end.
What do you hope readers take with them after reading one of your stories?

I hope readers take with them a slight sense of fear of the unknown. Maybe it could happen, maybe not. Satisfaction in the story is another thing I hope readers feel when they reach the end of one of my books.

I have been a writer for a year now. I have always wanted to write, but life tends to take over. I’ve recently found the time to write, as my children are all grown up now, and I  enjoy the peace and quiet this brings which allows me to write in peace.

Some of the events in the books are loosely based on experiences in my life. Only one character is based on an actual person, but I’m not going to reveal who. The person asked to be included in my book, and I thought ‘why not’. But the character was changed just enough that only the friend knows which character it is.

A Woman of Substance was an amazing novel and shaped the way I thought of the world. Bless the Child is another novel that spoke to me.

I have had a mixed responses from both family and friends. Some were shocked and surprised, others thought my writing was a ‘phase’ I was going through, and others still never even raised an eyebrow. They are all mostly supportive now though, which I am thankful for.

I’m from Manchester in the UK.

Fabled Enigma, my first novel was originally named Stealth. I changed it one morning on a whim that popped into my head. My second novel, Exorcism of the Species was names so because the first book talked about the subject, and the book is all about exactly what the title says.

My life has not changed at all. The only thing that has changed has been my mindset on the writing process.

I definitely multi-task. At the moment I’m working on three or more projects, including the third book in the Stealth series, which will see a Christmas release, hopefully.

I read, a lot. I have a kindle and it never leaves my side. I always seem to have at least four books that I am reading at once.

I have just released my second novel, Exorcism of the Species, on August 30th 2012, and I am proud to say that it reached number 4 in the supernatural best sellers list on Amazon, on its release day. It’s still in the top 30 in the supernatural category, and I hope it remains so for a long time. 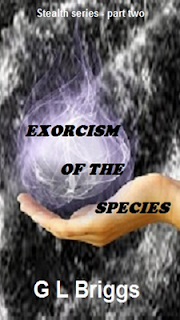 Humanity is in danger of extinction from an otherworldly race of savage creatures hell bent on revenge for their banishment from the physical realm eons ago. They aim to take back what was once theirs, the physical realm, by culling the human race. They are coming through an open portal into this realm in their thousands and spreading across the whole country, waiting for the signal to begin their invasion.

It's a race against time as Elena has no choice but to join forces with her enemy and enter the forsaken realm to search for the lost items needed to re-enact the banishment of so long ago.

Join them on their journey through the forsaken realm. Travel with them as they battle creatures, tackle obstacles, and seek to avoid letting the savageness of the realm change their very souls.

Each group seeks the means to exorcise the other species from existence.

Only one race can survive.

share any links you have so readers can find you.

Posted by Bernadette Marie at 12:18 AM