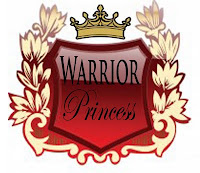 As I write this it is July 23, 2012 at 5:20am. I am a Colorado Native and therefore have been surrounded by the events that took place on Friday regarding the shooting in Aurora when a gun man took the lives of 12 innocent people. There is, as one friend put it, a six degrees of separation effect when you learn who was there and who was taken from us this day. Sometimes the degrees got smaller.

Unlike other tragedies that have happened in my adult life that I could shelter my children from, they watched this unfold around us. They have all the knowledge that we have and it affects them as well.

So this weekend we unplugged. The seven of us headed to the beautiful mountains right outside our front door and let peace surround us.

This did not go without some protest from me. I am, after all, known as a princess by design. I don't care to not have a shower right away in the morning. Sleeping on the ground is not my style. I do not crouch in the woods and without my work...well I am lost.

My husband, my dear and wonderful husband, purchased a portable "outhouse" for me. One crisis from the princess solved. There was a rule. I would get the truck, the 6 men (boys) could sleep in the tent. With fire bans throughout Colorado there was no additional heat and no hot food. But I am not so princess that I wouldn't have a sandwich.

As the day unfolded I watched the team work of my older sons learning to put up the new tent. Ten man tent...lots of room for you mom. I only nodded my head.  Not yet appealing.

My 7 year old weaved us a few tales, because he can tell them as tall as they come. Then he and one of my 9 year olds picked up a game of pine cone baseball. That was a precious sight.

At some point the 12 year old was ten feet in a tree, yeah, I got a bit leery of that when the branches started to crack. Next came rock throwing down the hill.  All five of my boys jumped into that. How fun. Let's throw stuff, because you can't at home.

As the sun began to sink down over the mountains, our 100 degree temps from town quickly turned into 50s. With no fire to warm up it was head into the tent to warm up. I held out. I wanted stars above me and they were all in the tent trying to read by flashlight. Soon enough, looking at that ten man tent and all its chatter, I finally caved and entered the tent.

My fear of tents comes from camping in camp sites where people might drive over you or enter your tent. This was on private land and so secluded that you have to drive over other people's land just to get to it...no roads. Sigh...okay... I'll attempt to sleep in the tent.

As it gets darker, and colder, the books begin to get stowed away. The little laughs begin to escape everyone, and the atmosphere gets silly.  It was almost like a slumber party.  Of course every good slumber party in a tent is ruined by the line, "who farted?"

Between the grunts, the screams, the finger pointing, and the smell, then come the rules. "You can't fart in the tent.  That's the rule."

This rule is understood by all the males in the tent, though perhaps not followed, understood. However, the princess mother in the corner is laughing until the tears have run down my face. no farting in the tent...that's the rule. Another round of laughter and as the night settles in and little ones begin to fall asleep the phrase runs though my head again. My husband begins to laugh, only because I'm laughing and it has caught on.  Three days later, now at 5:39am, I'm still laughing, no farting in the tent...that's the rule.

Though the line itself makes me laugh, I have to wonder, wouldn't society as a whole be a better place if we all understood there is no farting in the tent? There is no stinking up the air. Don't go making it hard to breath just because you can.

It's hard to accept what happened on Friday and the hysteria it caused and will cause for months-years to come. One person farted in the tent of humanity. If only they'd known the rule and followed it.

Remember to hug everyone you love today and take a moment to appreciate what is around you. It might be that the sun came up, your deadline has been met, or maybe you get to just throw a rock. But always remember don't fart in the tent...it's the rule!

Have a splendid day!
Bernadette Marie

Posted by Bernadette Marie at 5:55 AM