It's launch day for another 5 Prince Publishing author, M.O. Kenyan! Join us for this special launch!  Leave a message here and you could win a $10 Amazon Gift Card! (Contest is sponsored by 5 Prince Publishing. The prize is a $10 gift card to Amazon and not transferable. Contest ends 7/19/2012 at 11:59:59pm MT) 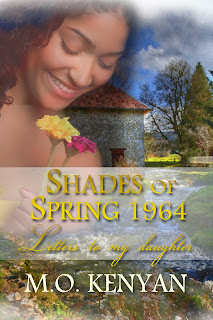 Maxine tries to deal with her mother’s death in her own way. But when she finds old letters revealing her family’s past she finds herself creating a bond with someone else, not knowing how far their history goes.
Taylor is amused and infuriated with Marine, and no matter how hard he tries he can’t stay away from her. Now he finds himself being her main supporter, the only one she can lean on as she travels back to the past. And when the past is resolved they now have to think of their futures, while they concentrate on their present. 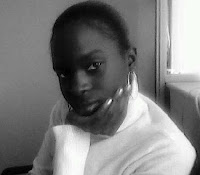 Twenty three year old Kenyan girl with a little world in her head. When you have so many voices in your head people may describe you as a schizophrenic, but in the literary world, I am a story teller dying to share with the world the many storied going on inside my head.
.
http://www.goodreads.com/user/show/7355136-marita
twitter; @MOK_Author
facebookhttp://www.facebook.com/MokAuthor?ref=hl
mokauthor.wordpress.com

Enjoy a sample of her new book:

Maxine always battled with having to go back home. At the beginning of each morning, she had the energy to stand in front of the mirror and engineer the best cheerful face she could, but at the end of the day, she struggled with leaving school.
Maxine arrived at the only unweeded garden and overgrown lawn in the whole neighborhood. Their little house didn’t always look that way, but ever since her mother got sick, there was no one to weed the rose garden and no one to nag her father about painting the white picket fence. Things had changed and they were slowly getting worse. She stood before the front door, knowing very well that the white door held a different significance to her than to other daughters coming home from school. She looked over at the withered garden and decided that the flowers seemed to be adopting the same condition as her mother — death.
She wrapped her fingers around the door knob, took a deep breath, and then opened it. Before she stepped in, Maxine whispered a silent prayer for strength to the universe and the big guy above. One step at a time, a smile, a laugh, a prayer, and somehow she would be able to get through this day.
Maxine looked down the long hallway. In reality, it was not more than ten meters long, but every time she had to go to the guest room, which had been changed into the hospice, she felt like she was walking the yellow brick road. However, rather than leading to the Land of Oz, this one led her to the only feeling of love she knew.
Another step, a deep breath, and she opened the bedroom door. Maxine’s nostrils were attacked by the pungent smell of medication. The rhythmic beeping sound of the heart monitor connected to her mother reminded Maxine that she needed to put on a brave face.
“Hey, beautiful.” Maxine forced a smile as she noticed the exhausted expression on her mother’s face.
Lynne’s hair was shaggy, her toffee skin pale, and her lips cracked. Maxine saw the exhaustion on her mother’s ravaged face. Maxine’s father, Daniel, was cemented in the same spot he was always in, seated next to her mother’s death bed. Daniel had the same exhausted expression on his face, but on him the expression was permanently engraved in the creases around his eyes and mouth. Maxine always led with the games before she got down to the real issue. Maxine’s eyes quickly looked around her mother’s body and bed. There seemed to be more tubes and machines than there had been when she left in the morning.
Her father gave Maxine a quick glance and then his eyes returned to his wife. Daniel’s eyes seemed to hang out of their sockets. His wrinkled hand held onto his wife’s, securely but gently, as if the only way to keep her by his side was to never let go of her hand.
Maxine looked at the simplest form of love they had, and her heart broke. What would her father do when Lynne died? Daniel had tied his life to her mother’s in every single way humanly possible, and here was something that he couldn’t protect her from.
Maxine’s mother had been diagnosed with cancer two years ago. They thought that they had beaten it, but it had come back just before Christmas with the vengeance of a rabid demon, and it had its claws in her. No matter what they tried or how hard her father fought for every treatment known to man, it wasn’t letting go. Her mother had been discharged from the hospital two weeks prior and had been sent home to die in her own bed surrounded by her family.
Now Maxine was standing there witnessing the greatest love ever shared, knowing that it would soon come to a heart-wrenching end. She had prepared herself, she thought, for her mother’s death. She had also come to terms with the fact that her father would die soon after her mother. There was no way one could live without the other. Although her father called her ‘the greatest love of his life’, she knew that her mother was his only reason for living. Once Lynne died, he wouldn’t have any other reason to stick around.
Maxine sat at her mother’s feet. Lynne cupped Maxine’s cheek with her hand and smiled as much as her strength allowed. “You are the most beautiful girl ever,” she strained to say, and the words rattled like a stone in a tin can.
Hearing her mother sound so weak broke Maxine’s heart, but she hid her pain behind her smile. Maxine thought of asking her mother how she was feeling, but it didn’t seem that important. Asking only frustrated Lynne because she was always economical with the truth for the sake of the withering man at her side. Listening to her mother put up a brave front, and her father whimper every time she did, cut through Maxine. Daniel smoothed his fingers over the thin hand stuck with needles; it was a gesture that had become habitual. Maxine didn’t think her mother felt the discomfort of the IVs anymore, and let her father do it because it was the only way he felt useful.
“I have a boatload of assignments to do; I’ll come and sit with you in a couple of hours.” Maxine walked out of the room and a thought crossed her mind. Would this be the last time?
She made her way to her room and got on the Internet. She needed to figure out which book she and Taylor had to write their essays about. The sooner she did, the sooner they could split the responsibility and be done with the assignment, and each other, all together..

Buy Links (as always on launch day... some of them haven't come up yet, but we will add them as soon as they are available.)