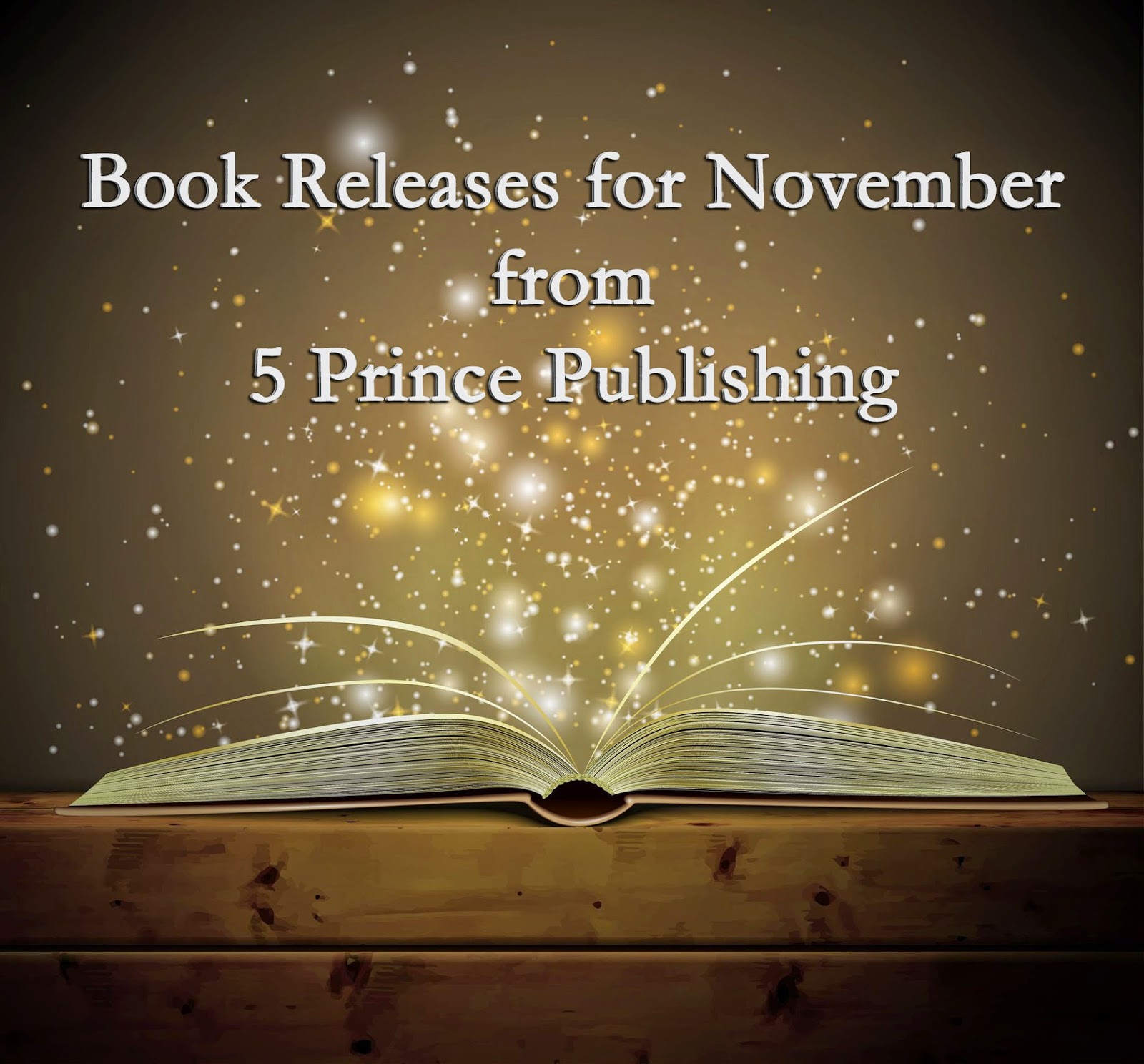 Join us Monday November 10th from 4:30pm-8pm MST on Facebook to celebrate these great titles with our 5 Prince Publishing Launch Party!!

Sheriff Luke Atwell, a religious man, doubts his occupation after accidentally shooting a female bystander during a gunfight. The violent deaths of lawmen and criminals that follow heighten his questioning and he joins the priesthood to counter evil as a man of peace. However, his lawman instincts remain as he deals with crime in his inner-city parish. Temporarily relieved of his priestly obligations, Atwell returns as sheriff to the changed, now crime-ridden Kansas town to rethink his calling, joined by unlikely reinforcements—an experienced but alcoholic deputy and a youthful banjo player. The team, often outnumbered, confronts thieves and killers in a series of gun battles. As Atwell fights lawlessness, he struggles with his feelings toward a recent widow. Eventually he must decide:  keep the badge or again wear the clerical collar.

Sydnee Garrett has a lot on her to-do list. Wrangle her young and rambunctious twin boys. Check. Get her life back in order since her husband decided to leave her for a much younger woman. Check. And buy a Christmas tree. Check.

What she wasn’t expecting was adding one more thing to her list. A young, sexy personal trainer. Check.
Quinn Masters is a man who knows what he wants and doesn’t take no for an answer. He isn’t fazed by age or race differences and he does everything in his power to win Sydnee over.
Will Sydnee continue to fight for her orderly life or welcome in the chaos that’s threatening to change her entire world?


Living abroad, Adela Tilden has avoided the worst of the rebellion. But now that King William has ordered her back on risk of disinheritance, it doesn’t seem she’ll be able to stay out of the tumult. Of course, Adela has never abided being a pawn.

With two men ahead of her, and one left behind, she has to hope she can control this game–or else she might lose her life.

Between books 1 and 2 of the Broken Line series, The Copper Rebellion is a glimpse into Antony and Adela’s lost years after The Copper Witch.


On Orders Of The Commandant is an historical novel, set inside a 1940's concentration camp in Auschwitz, Poland.

It is the story of four men who are imprisoned.
In their afterwards struggle, they deal with several issues-desolation, losing their family and freedom-but more importantly are confronted with the knowledge of a machinated plot intended by an SS First Commandant right under their noses.
A plan is conceived, after having an underground exit pointed out to them, to escape the concentration camp itself...

Mallory got her happily ever after, but haunting loss in the past has her running scared that she will lose her beloved yet again. Can anything...or anyone make her realise she needs to let go of the past and live for today?

Johnny, an IT geek still lives at home with his parents. When his brother and sister-in-law help a sick friend, he gets coerced into babysitting his two year old niece, Zoe, on a weekly basis. Johnny reluctantly takes on the challenge with humourous and often near-disastrous results. Over time, Zoe's independence-seeking and outgoing personality inspires Johnny to try to improve his health, his fashion sense and even his love life. However, after a couple of setbacks, Johnny wonders if it’s worth the effort and retreats to his former habits. Can Zoe show him the way to true love?
Posted by Bernadette Marie at 12:06 PM