It is with GREAT honor that I make this post today! I have been working with Lisa J. Hobman for months on her debut novel Bridge Over the Atlantic. I loved this story and I hope you will too!

Presents
Bridge Over the Atlantic
by
Lisa J Hobman 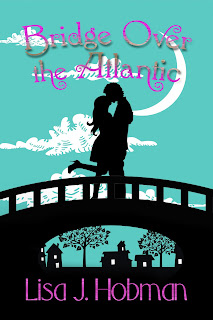 Bridge Over the Atlantic
Mallory Westerman is a full-figured, successful, young business woman living in Yorkshire, England. Though very career minded, she is extremely self-conscious about her ample curves and so her love life tends to pay the price. Concentrating solely on her business, she has almost given up on finding someone to love.  That is until she literally trips into the arms of a stranger who becomes her Knight in shining armour.
The immediate sexual and romantic spark that blossoms into love and the events that follow, irrevocably change Mallory’s life-path and self-image forever, but only go to prove that the road to true love is never smooth and that things don’t always turn out how you expect… 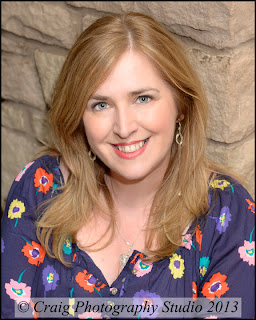 Lisa is a happily married Mum of one with two crazy dogs.  She especially enjoys being creative; has worked as a singer and now runs her own little craft business where she makes hanging signs and decorations for the home. Lisa and her family recently relocated from Yorkshire, England to their beloved Scotland; a place of happy holidays and memories for them.
Writing has always been something Lisa has enjoyed, although in the past it has centered on poetry and song lyrics.  The story in her debut novel has been building in her mind for a long while but until the relocation, she never had the time to put it down in black and white; working full time as a High School Science Learning Mentor and studying swallowed up any spare time she had.  Making the move north of the border has given Lisa the opportunity to spread her wings and fulfill her dream.  Writing is now a deep passion and she has enjoyed every minute of working towards being published.  Novels two and three are works in progress so watch this space!

EXCERPT of Bridge Over the Atlantic:
January 2011

“You can NOT be serious?!” Mallory Westerman recoiled. It wasn’t a habit of hers, to inadvertently quote 1980’s sports stars. But even she was surprised when she heard John McEnroe’s words fall from her lips.
Thankfully, her fiancé, whilst obviously bemused at her reaction and frustrated by her lack of enthusiasm, didn’t really notice the similarities between her and the wiry haired tennis supremo. He was much too busy stroking the print-out in front of him, on the table, as if ironing out the creases would make his suggestion a more viable proposition.
“Honey, imagine the life we could have there right now,” he pleaded. “The open spaces, the fresh air-…”
“The midge bites, the lack of internet connection, no other civilisation for miles.” She rudely interrupted. She immediately felt guilty when Sam’s eyes took on the appearance of a scolded puppy dog. She slid her arms around his neck caressing the sides of his beautiful face. “I’m sorry, sweetheart. I just don’t see me…either of us, really, taking to a permanent life out in the middle of goodness knows where at this point in our lives, surrounded by sheep and wearing wellies and Tweeds!”
“Now you are being terribly stereotypical and insulting to all things countryside, Mallory,” Sam chastised in his Canadian drawl. “And besides, I think you’d look very fetching in wellies….just wellies that is, nothing else.” He grabbed her playfully and squeezed her. His green eyes flashed with a mischievousness Mallory had come to adore. She giggled and gazed up at him, lovingly recalling the first time she had found herself utterly mesmerised by him.

December 2009
Mallory had lived in Yorkshire all the twenty-eight years of her life. Since dropping out of her PR course at Uni, through sheer laziness, she had endured a run of soulless jobs. Nothing ever really pushed her buttons. That was until an inheritance from her dear Aunt Sylvia had given her the opportunity to do the one thing she truly wanted to do.
Her little gift emporium, Le Petit Cadeau.
It had been the brain child of her Aunt many years before, when Mallory had taken to making her own Christmas gifts one year when, as was the case on more than one dreadful occasion, unemployment occurred on the brink of the festive season.
She had sobbed and sobbed when the solicitor informed her that her Aunt had left her the large sum of money under strict conditions that she was to, ‘get off her backside and do something fulfilling for once!.’ She remembered almost laughing aloud at the point when the solicitor had uttered the quote directly as her Aunt had written it. Even in death, feisty Sylvia knew how to draw a chuckle from her beloved niece.
It was a fairly quiet early December Wednesday in Leeds, well perhaps quiet was not the right way to put it. The city centre was the usual bustling metropolis, but the Victoria Quarter was, ostensibly, being given a somewhat brief reprieve from the usual barrage of festive shoppers. Mallory huffed as she watched a swooning couple canoodling whilst browsing in the window of the lingerie boutique opposite.
“Sod this for a game of soldiers. I think I need a break,” she informed one of the cute, jointed, stiff teddy bears sitting, looking pensive on the shelf next to where she perched. “I reckon there is a tall, caramel macchiato with my name on it somewhere!”
Grabbing her oversized bag she chalked Back in 20 mins on her very own, handmade door sign. Once she had dropped the latch she headed out into the sea of suited business people and Christmas shoppers. She smirked at the vast number of pre-school children who were sporting cheap red Santa hats lovingly procured for them, she guessed, by harassed parents as bribery for good behaviour.
The paved precinct area was buzzing. Mallory loved Leeds City Centre with its designer boutiques and quirky shops. At this time of year, however, there was something transcendent about the atmosphere. Maybe it was the twinkling lights strung from building to building or the way that each and every shop was decked in sparkling silvers and gregarious gold. The myriad Christmas songs, being played in numerous outlets all out of synch with one another, were an assault on the senses. The stalls all laid out, down the centre of the precinct, were vying for the attention of passers-by with their brightly coloured gifts and trinkets. A delicious aroma of roast chestnuts wafted through the chilled air and into Mallory’s nostrils making her tummy grumble.
She rounded the corner heading for her favourite coffee shop when suddenly she involuntarily lurched forward. Her stiletto heel had become lodged in between two paving slabs, sending her and her belongings, hurtling into the arms of a passing stranger.
“Whoaaaa there!” The startled man grabbed for Mallory, in a bid to stop her inevitable collision with the pavement. “We haven’t been formally introduced and yet here you are throwing yourself at me!” He laughed. His accent was noticeably of the North American variety.